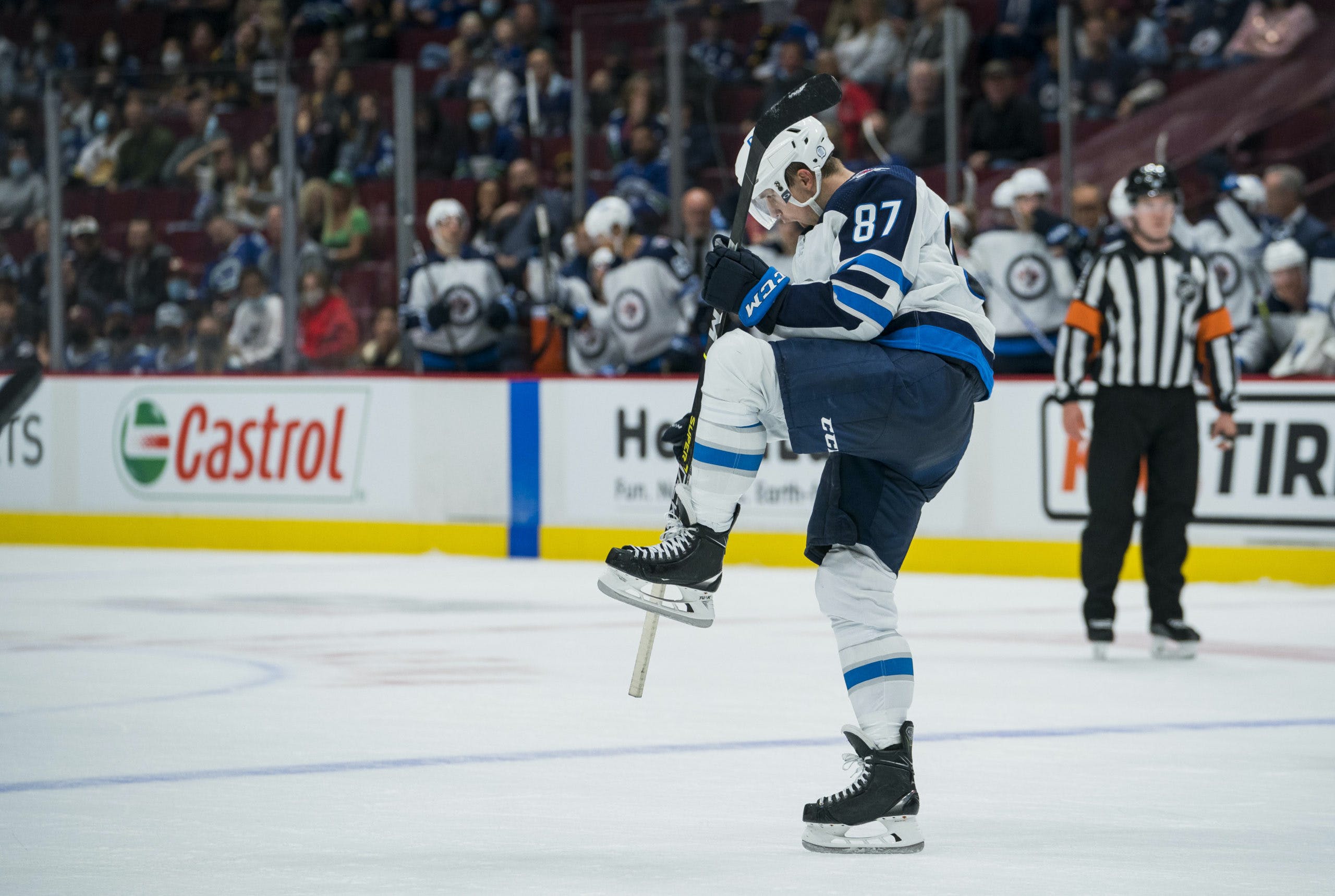 Reichel — the son of former Calgary Flames and Toronto Maple Leafs forward Robert — also picked up a primary assist in the 3-2 Jets loss.

His goal, which came with 3:16 remaining in the third period, cut Vancouver’s lead to one. @Jeff Malott and @David Gustafsson picked up the helpers on Reichel’s first tally of the pre-season.

After Gustafsson got a piece of the puck off a face-off on the left side of the offensive zone, Malott chipped the puck back to Reichel at the top of the circle.

The 23-year-old Czech forward cleanly received the pass and quickly released a bullet of a shot that beat Canucks goaltender @Michael DiPietro and glanced off the crossbar before hitting the back of the net.

Reichel is entering the second season of the two-year contract he signed with the Jets as an undrafted free agent prior to the 2020–21 campaign. He scored six goals and 12 points in 29 American Hockey League games with the Manitoba Moose last season.

Malott and Reichel also combined to score Winnipeg’s first goal of the game, with Malott picking up Reichel’s rebound at the right side of the net before slamming the puck past Canucks starter @Jaroslav Halák.

@Bo Horvat, @Tanner Pearson, and former Jet @Nic Petan all scored for the Canucks in the game. Jets goaltender @Mikhail Berdin made 30 saves on 33 shots in the loss.

The Jets will return to action Wednesday when they host the Flames for an exhibition clash at Canada Life Centre. You’ll be able to catch that game on TSN3 at 7:00 p.m. CT.