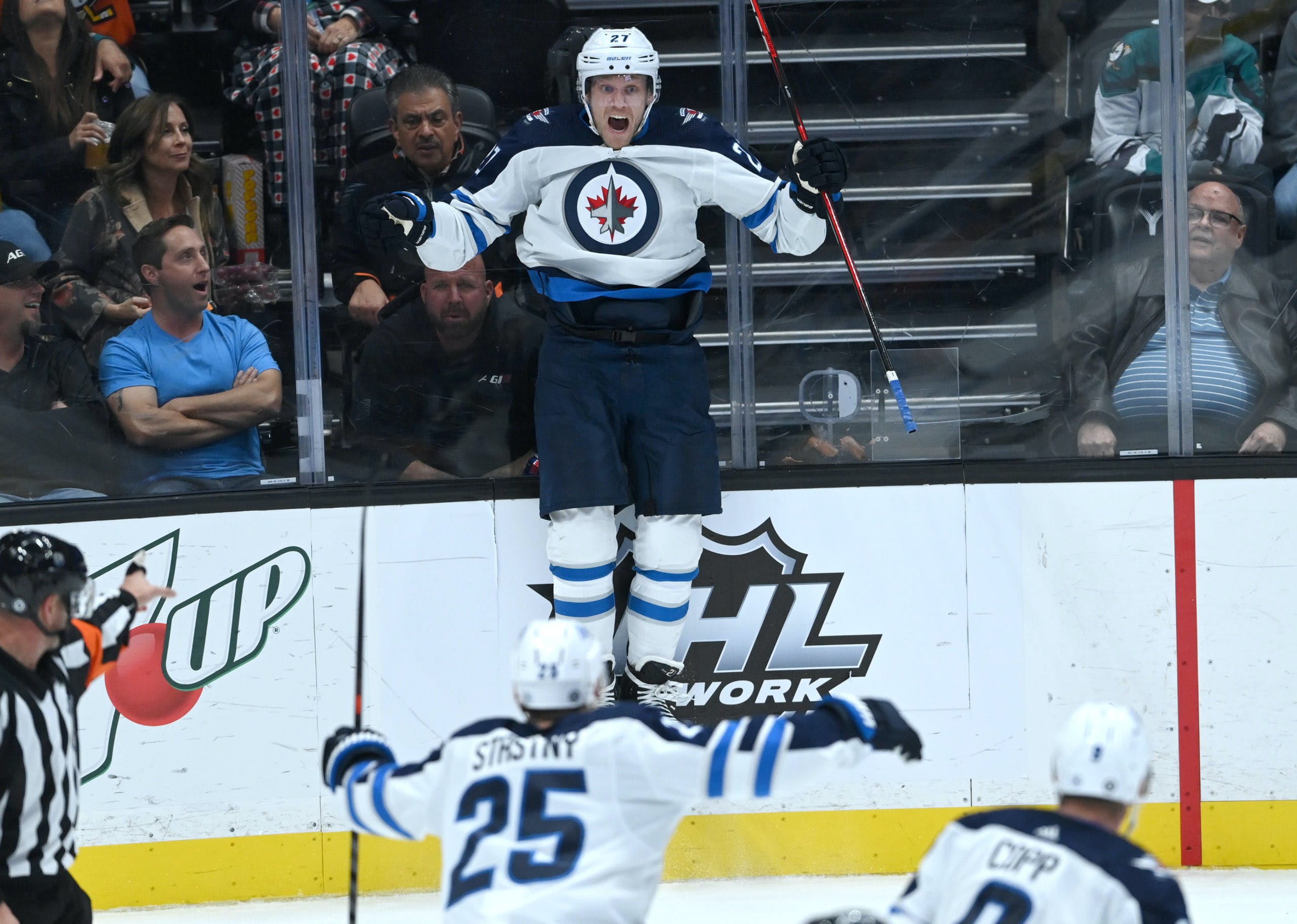 The Anaheim Ducks were less than 90 seconds away from defeating the Winnipeg Jets on Tuesday.

Then, like lightning to a tower, @Nikolaj Ehlers struck twice in quick succession.

The 25-year-old winger scored two goals just 19 seconds apart late in the third period to completely reverse his team’s fortunes. In the blink of an eye, the Jets went from being in danger of leaving Anaheim without a point to sitting in the driver’s seat.

Ehlers’ first goal was arguably one of the finest of his career. He picked up the puck after a tied-up faceoff between @Paul Stastny and @Isac Lundestrom, swinging towards the net with possession and flinging a shot that found a tiny hole between Gibson’s mask and the left goalpost.

Winnipeg’s game-tying marker came at the 18:40 mark of the third period. Here’s the video of the goal, as posted to Twitter by the official Sportsnet account:

WHAT A SNIPE BY EHLERS 🤯 pic.twitter.com/kyD5dCOMiH

Ehlers’ equalizer was only his first goal of the 2021–22 season. He entered Tuesday’s contest with just one point — an assist — in his first five games.

Just 19 seconds after he tied the game, Ehlers put his team on top with a seeing-eye shot from long distance. @Paul Stastny initially received credit for the goal but the NHL transferred it to Ehlers shortly after the game ended.

A deflection from Paul Stastny is your GAME WINNER!

@Evgeny Svechnikov and @Andrew Copp also scored for Winnipeg, which improved to 3-2-1 with the win. @Sonny Milano, @Josh Manson, and @Trevor Zegras scored for the 2-4-1 Ducks.

Ehlers and the Jets will return to action on Oct. 28 for a road clash against the Los Angeles Kings at 9:30 p.m. CT.