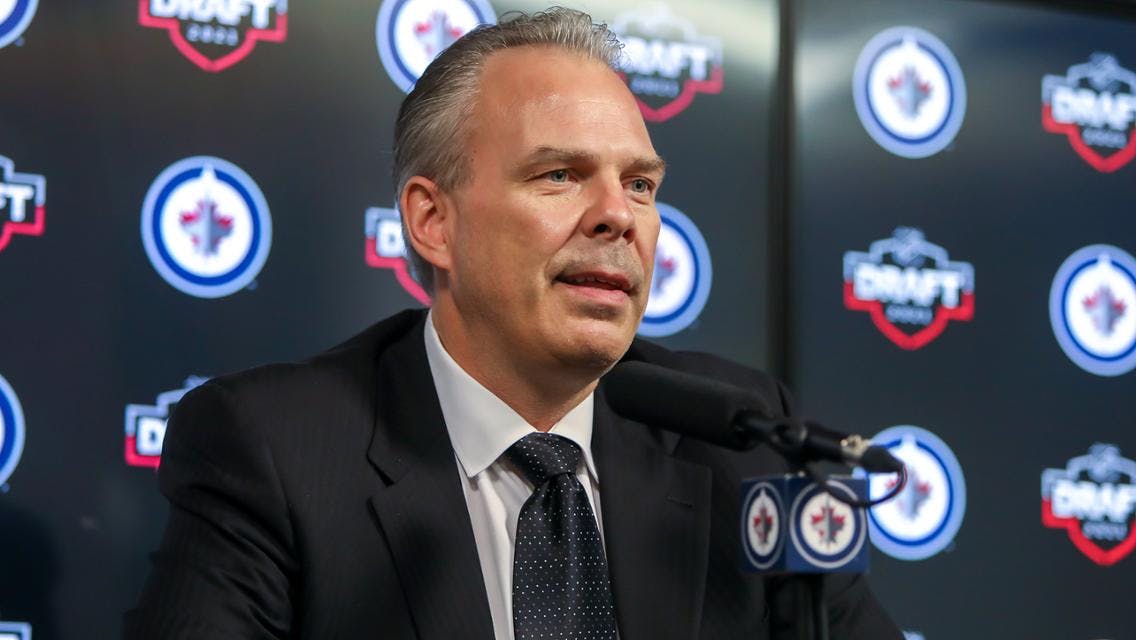 By Josh Decker
1 year ago
Comments

Winnipeg Jets general manager, Kevin Cheveldayoff, entered the treacherous waters of the 2021 off-season with a long to-do list, and since the Seattle Kraken Expansion Draft and NHL Entry Draft are now done, Cheveldayoff could turn his attention to improving his team’s defense.

Despite 2019-20 Vezina Trophy winner, @Connor Hellebuyck’s skills between the pipes, the Jets’ blue line was left exposed too many times during the 2020-21 season. With an aging captain in @Blake Wheeler, a core group of players in their prime, and only three more years left on Hellebuyck’s team-friendly contract, there is a renewed urgency for this club to be serious Stanley Cup contenders in this current window.

Cheveldayoff wasted no time this week addressing his roster’s biggest need, as he acquired left-handed shot, @Brenden Dillon, from the Washington Capitals in exchange for a pair of second-round picks. The 30-year-old tallied 19 points (2G, 17A) in 56 regular season games this past season, while posting a +15 rating. The 6’4″ blueliner carries a $3.9 million cap hit for the next three years, according to PuckPedia.com, and should be able to instantly slot into the top four.

Then just 24 hours after this move, the Jets announced they had traded for another defenseman, this time obtaining veteran @Nate Schmidt from the Vancouver Canucks for a third-round pick. Schmidt, 30, does carry a hefty $5.9 million salary, but brings an element of versatility to the lineup, as he’s able to play either the right side or left side. Coming off of a disappointing 15-point campaign after three straight seasons of at least 30 points, the Jets will hope that Schmidt can turn his play around next season and be a steady contributor both on offense and defense.

With these two new additions, Winnipeg’s defensive corps now consists of @Josh Morrissey, @Neal Pionk, @Dylan DeMelo, @Logan Stanley, @Nathan Beaulieu, Dillon, Schmidt, and prospects @Ville Heinola and @Dylan Samberg. On paper, this appears to be one of the deepest defensive groups Cheveldayoff has ever assembled, and it already looks like a significant upgrade from 2020-21.

Morrissey, who’ll be looking to rebound after posting only 21 points this past season, figures to produce higher quality results with a steady defensive partner. Since the Jets were able to retain the services of DeMelo following the expansion draft, Cheveldayoff’s job also got a bit easier. The GM will now look to retain other in-house talents while also exploring his options in free agency.

Both Pionk and Stanley are restricted free agents this summer and Cheveldayoff has already tendered both of them qualifying offers. Pionk, who’s enjoyed a couple of breakout seasons in Winnipeg after being traded from the New York Rangers, will most likely receive a significant raise from his $3.5 million deal that just expired. The 25-year-old blueliner put up 45 points in 71 games in 2019-20 before following that up with a 32-point season in only 54 games in 2020-21.

Coach Paul Maurice and the Jets will have plenty of line combinations to choose from come the start of the season, but regardless of the specifics, the sheer number of players on defense now indicates that at least one or two talented skaters probably won’t earn significant playing time in the NHL this upcoming season.

Perhaps Heinola and Samberg spend most of the year in a Manitoba Moose uniform, or maybe the Jets try to move Beaulieu to clear some cap space and open up a spot for a prospect to jump into the NHL lineup. Or perhaps the front office moves forward with a crowded backline that provides Maurice and his staff numerous quality defensive pairings.

Either way, Winnipeg’s blue line is undeniably more talented than it was only a few days ago, and with a win-now mentality evidenced by this week’s trades, this team’s primary weakness from the past two seasons may finally be one of their biggest strengths heading into the 2021-22 campaign.