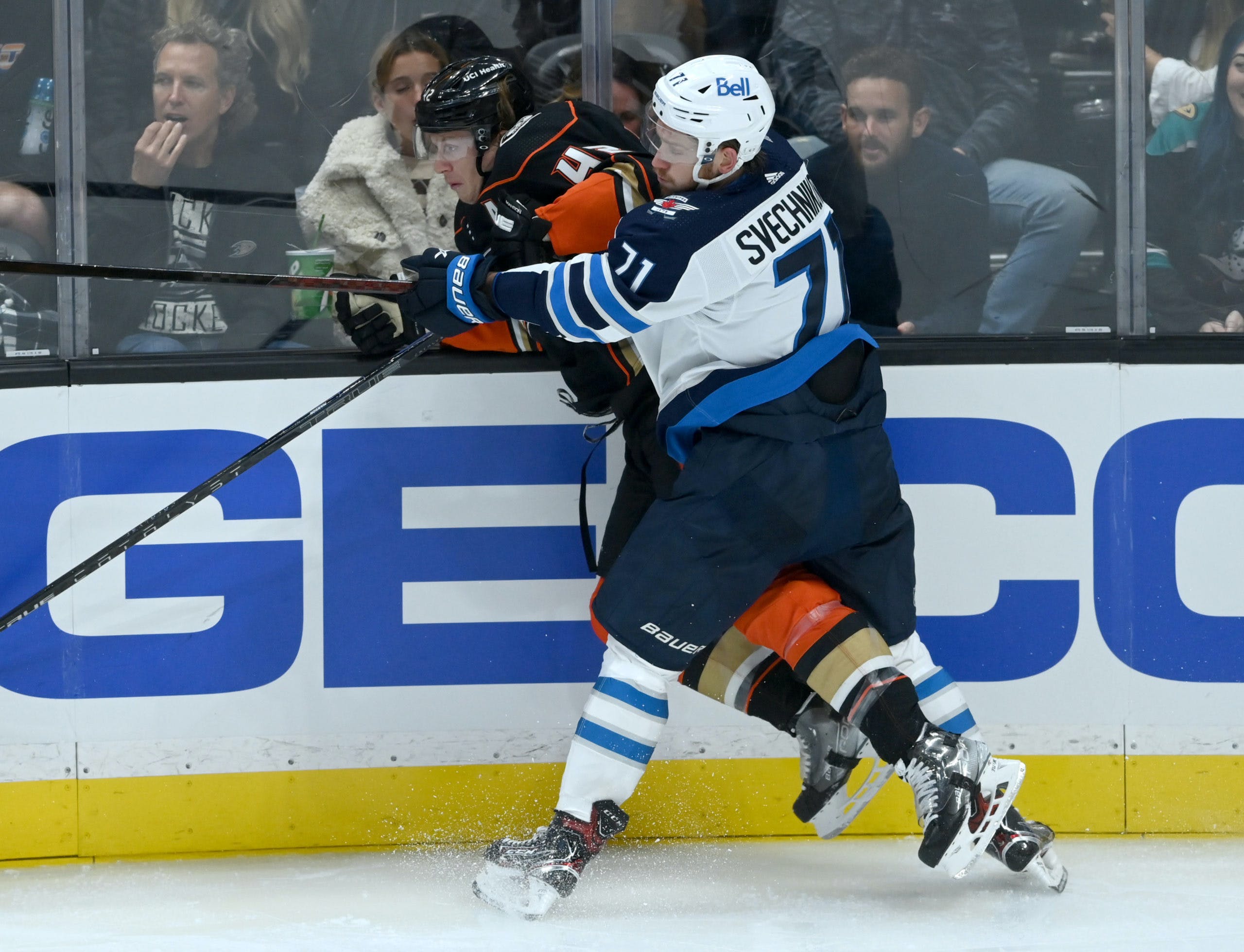 By Mike Gould
1 year ago
Winnipeg Jets forward @Evgeny Svechnikov scored his first goal with his new team during Tuesday’s game against the Anaheim Ducks.
Early in the second period, the 24-year-old winger broke into the Ducks’ zone alongside linemates @Pierre-Luc Dubois and @Kyle Connor.
Dubois carried the puck down the right side before dropping it to a trailing Svechnikov, who beat Ducks goaltender @John Gibson with a quick wrister to open the scoring.
Connor picked up the secondary assist on Svechnikov’s first goal as a Jet. Here’s the video of the goal, as posted to Twitter by Hockey Daily 365:
The Detroit Red Wings originally selected Svechnikov with the 19th overall pick in the 2015 NHL Entry Draft. He scored five goals and 12 points in 41 games over parts of four seasons with Detroit.
Svechnikov became an unrestricted free agent in the 2021 off-season after not being tendered a qualifying offer by the Red Wings.
He signed a one-year American Hockey League deal in August with the Manitoba Moose and subsequently earned an NHL deal after attending the Jets’ training camp. Through his first four games and two periods with the Jets, Svechnikov has one goal and two assists.
Less than three minutes after Svechnikov’s goal, @Sonny Milano scored for the Ducks to tie the game. Winnipeg and Anaheim are currently tied 1-1 after 40 minutes of play.
Uncategorized
Recent articles from Mike Gould