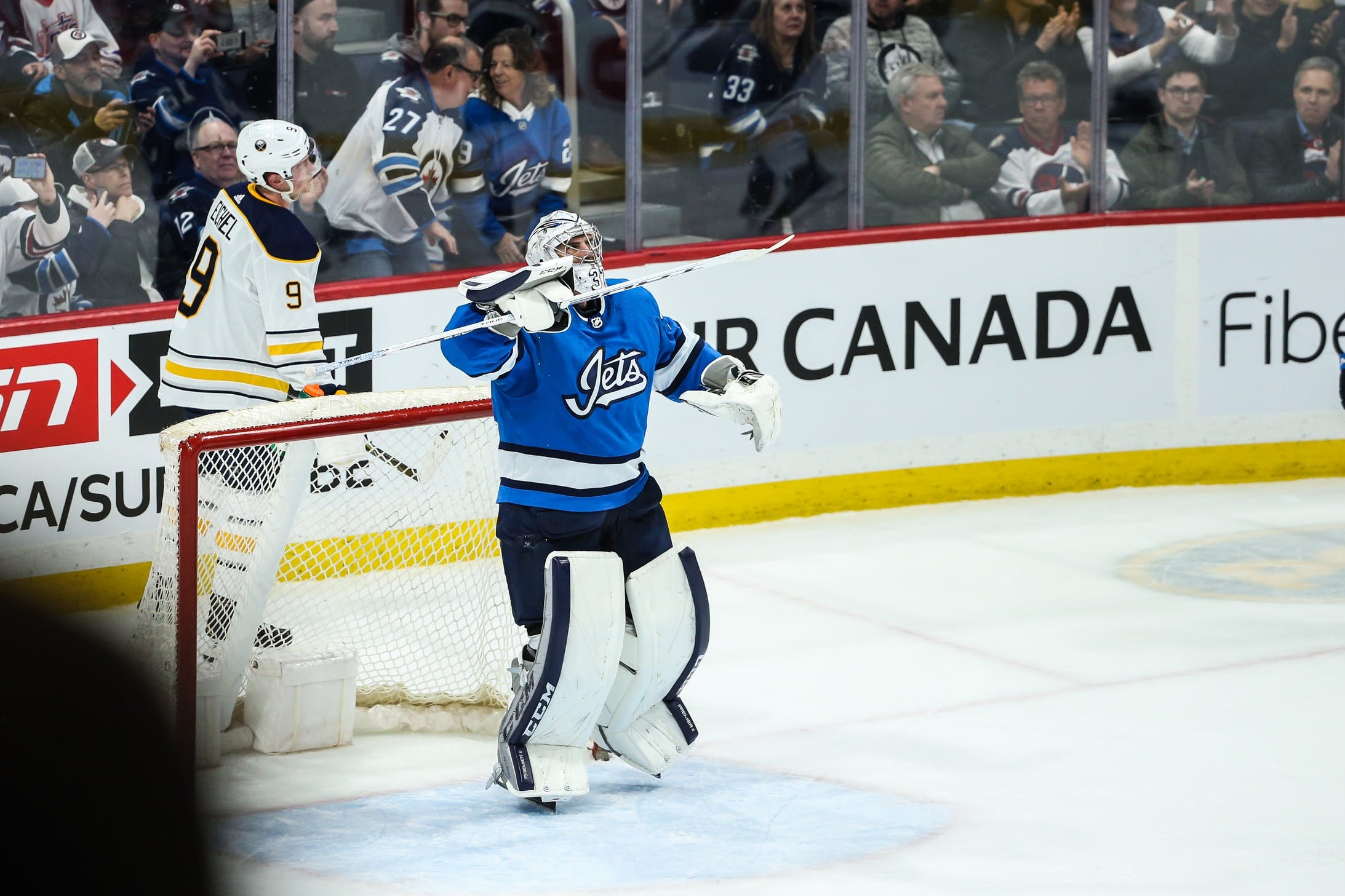 By Nation World HQ
1 year ago
by OddsShark (@OddsShark) – Sponsored Post
The Winnipeg Jets’ diminished moneyline value might be a prompt for bettors to look at the totals and decide whether to trust the long-term trends or both teams’ recent forms.
The Jets are -200 favourites and the Ottawa Senators are +170 underdogs with a 6.5-goal total on the NHL odds for Thursday at sportsbooks monitored by OddsShark.com. Winnipeg is 12-4 in its last 16 games as a home favourite of -180 to -220 on the moneyline, with the total finishing OVER 11 times. Ottawa is 4-11 in its last 15 games as an underdog of +150 to +200 on the road, with the OVER hitting nine times.
Senators vs Jets | OddsShark Matchup Report
Winnipeg is also 8-2 in its last 10 games against Ottawa when it was favored and seven of those matchups finished OVER at online betting sites. The total has finished UNDER in four of the Jets’ last five starts and in seven of the Senators’ last eight. The teams have another game at Bell MTS Centre on Saturday afternoon.
The Senators are 31st overall in the NHL at 2-11-1, but can wring positives out of their 3-2 defeat against the Edmonton Oilers on Thursday. The Josh Norris-Tim Stützle-Evgenii Dadonov and Colin White-Nick Paul-Austin Watson lines were effective, as Natural Stat Trick’s metrics credited Ottawa with the edge in shots for, expected goals for and high-danger chances in the five-on-five phase. All three Oilers goals against backup goalie Marcus Högberg came from defensemen.
At five-on-five, Ottawa is higher on the charts than the Jets in shares of shots for (12th at 50.5 percent), expected goals (21st at 47.7) and high-danger chances (20th at 48.8). But they allow high-danger chances at the fifth-worst rate in the NHL and the Jets are third-best at scoring on them. The Senators are 29th in goal scoring (2.21) and 31st in goals against (4.14). On special teams, their power play (13.8 percent) and penalty killing (75.0) both rank 24th.
Goalie Matt Murray has a 2-6-1 record with a 3.63 goals-against average and .886 save percentage. In seven career games against Winnipeg, Murray is 3-3-1 with a 3.49 GAA and .886 save percentage.
The Jets are 7-4-1 after losing against the Calgary Flames on Tuesday, also by a 3-2 margin. In spite of adding center Pierre-Luc Dubois, Winnipeg had a season-low 0.68 expected goals-for (xGF) while playing five-on-five. The Jets are 3-0 this season in their next game after an outing where they posted under 1.00 xGF. While that is a small sample, it shows that a team with an attack led by the likes of center Mark Scheifele and right wing Nikolaj Ehlers has enough chemistry and talent to avoid letting a bad loss linger.
The Jets rank 13th in their shares of shots for (50.5 percent), but are 24th in share of  expected goals (46.6) and 29th in high-danger chances (41.5).  They are ninth in goal scoring (3.42 per game) and 18th in goals against (2.83), while boasting the NHL’s 14th-ranked power play (21.4 percent) and 18th-ranked penalty killing unit (79.4).
Connor Hellebuyck, who has 5-3-1 record with a 2.55 goals-against average and .911 save percentage, typically gets the goaltending start in the openers of the Jets’ multi-game series. Hellebuyck is 6-0-0 with a 2.17 GAA and .925 save percentage in six career games against Ottawa.
The next series for Winnipeg is a two-game road set against the Edmonton Oilers on Monday and Wednesday.
Check out OddsShark on Twitter and Instagram or head to YouTube for analysis on this week’s top games. As well, the OddsShark Computer serves up daily NHL picks for bettors.
Uncategorized
Recent articles from Nation World HQ