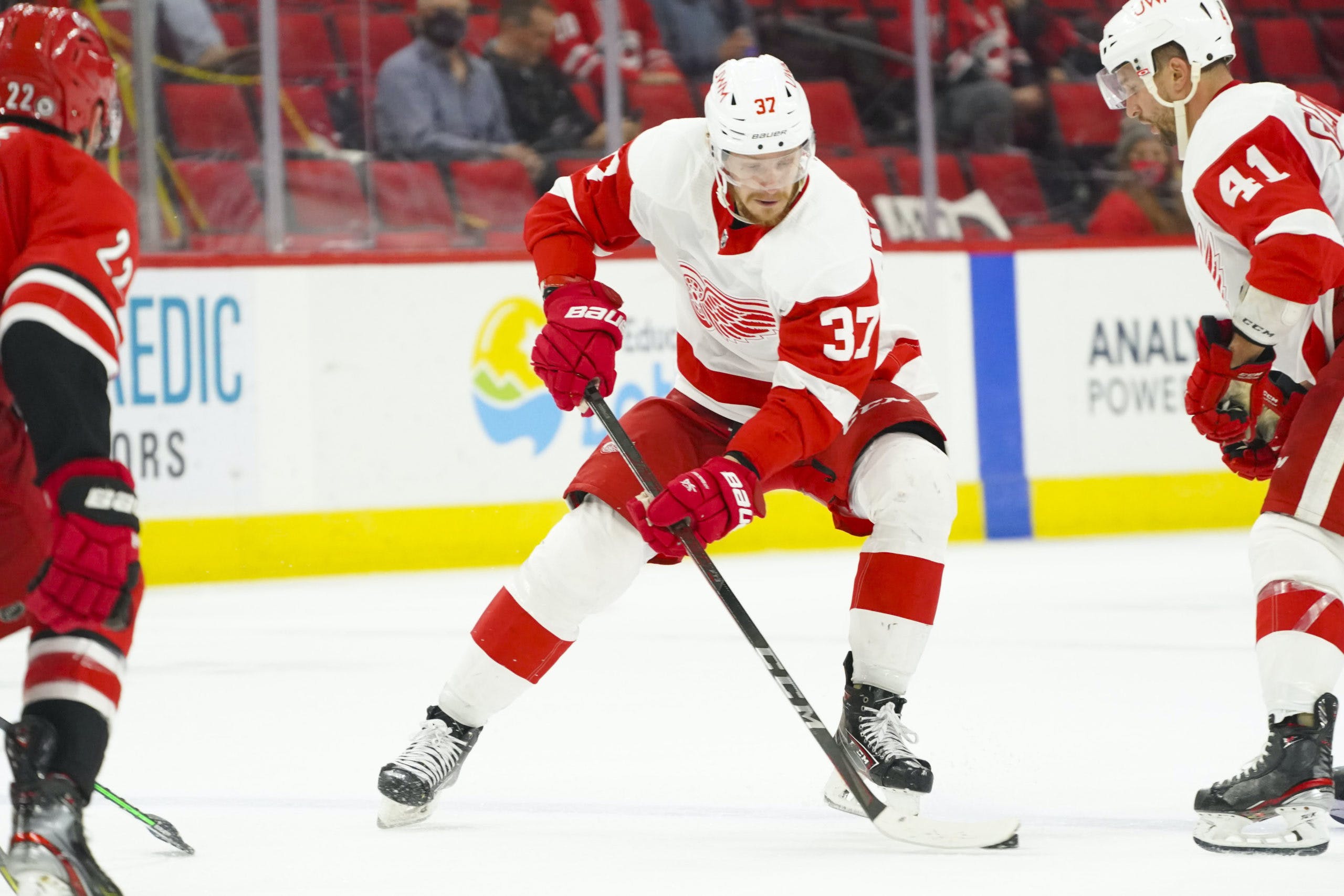 By Thomas Hall
1 year ago
After avoiding arbitration with two key restricted free agents earlier this week, in @Neal Pionk and @Andrew Copp, the Winnipeg Jets now appear to be shifting their focus to rounding out the rest of their roster, which includes acquiring some additional depth for their forward group.
Looking to add another skater to the club’s bottom six, the Jets are reportedly interested in forward @Evgeny Svechnikov, who’s currently an unrestricted free agent, and may attempt to sign him in the future, according to Ken Wiebe of Sportsnet.
Svechnikov, 24, was originally slated to become a restricted free agent this off-season, but after the Detroit Red Wings didn’t offer him a qualifying offer, he was granted access to unrestricted free agency.
After participating in just four games in 2019-20, the former first-round selection played a larger role in the NHL last season, as he appeared in a career-high 21 games and averaged 11:49 minutes of ice time per game – his highest total since 2016-17.
Displaying flashes of his potential during the 56-game schedule, Svechnikov produced three goals, eight points, 21 shots on goal, 20 hits, six blocks and two takeaways while serving as a depth forward for the Red Wings.
Winnipeg is set to open its preseason schedule on Sep. 26 against the Ottawa Senators.
Jets News
Recent articles from Thomas Hall