Price vs. Hellebuyck: Who has the advantage in goal between the Habs and Jets? 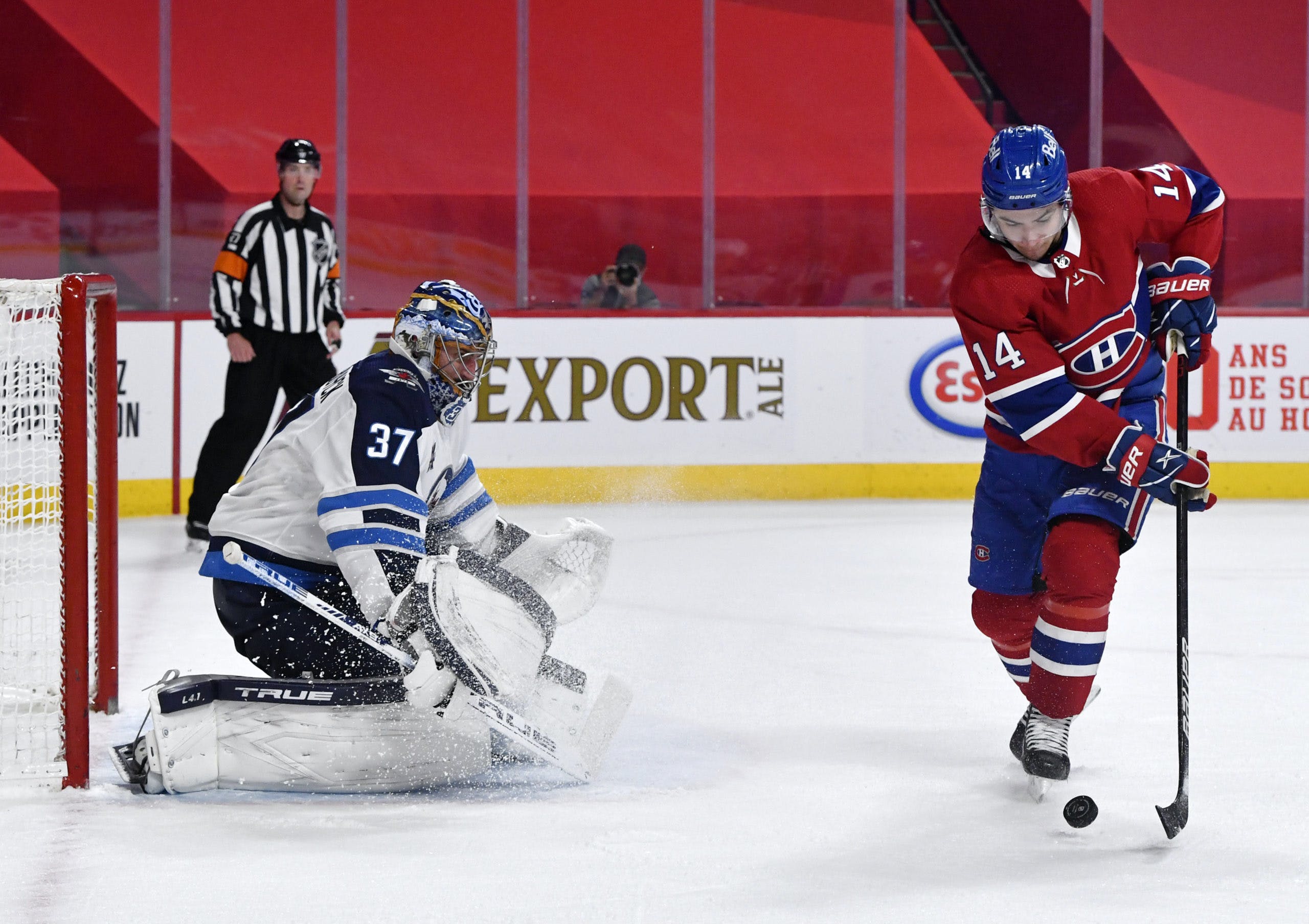 By David Quadrelli
1 year ago
The proven veteran netminder seemingly on the decline of his career up against the goaltender who has been one of the absolute best in the sport over the past four seasons.
It’s a tale as old as time.
Well, not quite, but you get the point.
To be quite frank, Carey Price and Connor Hellebuyck were on different planets during the regular season.
Price posted a .901 save percentage and made less starts than Jake Allen. He’s coming off his worst season since 2017-18, when he posted a .900 save percentage.
Hellebuyck, on the other hand, has continued to make a strong case that he deserves to be in the Vezina conversation each and every year. He doesn’t have the luxury of playing behind a stacked team like Andrei Vasilevskiy in Tampa or Tuukka Rask in Boston does, but he still manages to post numbers near the top of the league every year.
When you look at it from this perspective, this article should only be 150 words, with the Winnipeg Jets having the clear advantage over the Montreal Canadiens in the crease.
The only issue is, regular season and playoff Carey Price seem to be two separate goaltenders entirely.
As mentioned above, Price had a rough season, and at 33 years of age, was starting to look like just that — a goaltender on the wrong side of 30.
Then the playoffs began, and playoff Price emerged.
Price absolutely stole the Habs the series against the Toronto Maple Leafs, and more importantly, stole the most important game of the series last night.
Clear Sight Analytics uses advanced shot quality measurements to determine a more true expected save percentage for goaltenders.
When you take into account all the different factors CSA uses, such as defensive environment, it’s clear that Price has been one of the best goalies of the playoffs so far.
The two goaltenders in question are at either ends of this table. In the case of Hellebuyck, ranking fifth among all goaltenders who played in the first round certainly isn’t a bad thing, but it can’t be ignored that Price was simply otherworldly for Montreal against Toronto.
It’s no secret what a hot goaltender can do for a team’s playoff chances, and there isn’t a hotter goaltender than Price right now.
The Jets played extremely solid team defence in front of Hellebuyck in round one en route to sweeping the Edmonton Oilers, and that shows in his expected save percentage.
In the first round, Hellebuyck’s expected save percentage was .914 — the only goaltenders who had it easier than him were Tuukka Rask and Jack Campbell — and his actual save percentage was .950. That is downright impressive in its own right as well.
This is all to say that on paper, the Jets have the clear advantage in goal, especially if they can defend as well as they did in round one. But when you take into account just how dominant Price was for the Habs in round one, it gets a whole lot closer, and should make Jets fans a whole lot more nervous.
Game one between the Montreal Canadiens and Winnipeg Jets is tomorrow night, with puck drop at 6:30 PM local time.
Uncategorized
Recent articles from David Quadrelli