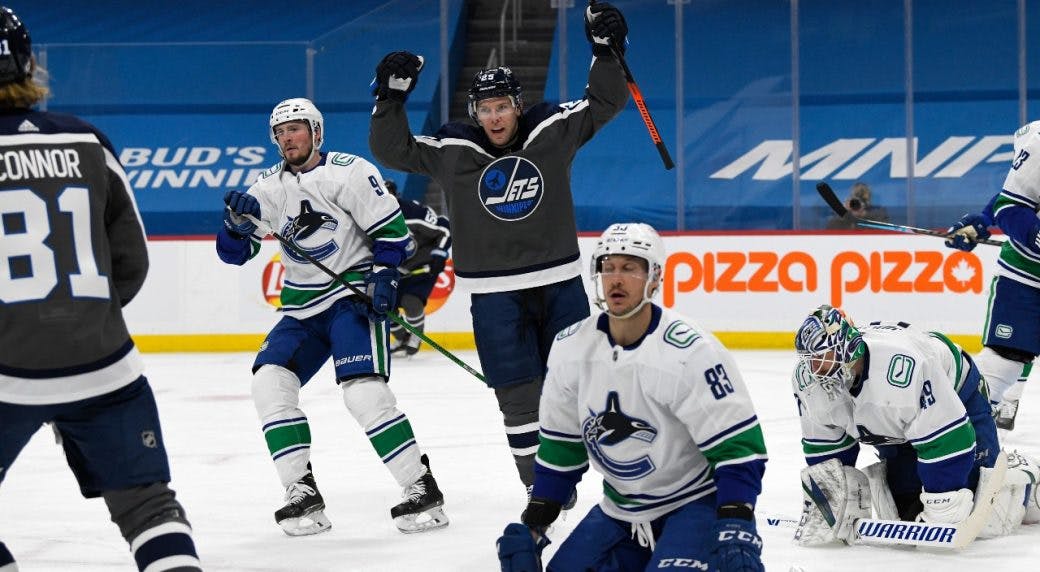 By Angus Hout
1 year ago
When the Winnipeg Jets traded for @Paul Stastny in October, I was a little bit worried because he’s a 35-year-old who’s making $6.5 million. I thought he was going to carry on down the path of scoring less and getting less ice time. Stastny is looking like an absolute beauty on the second line. If you were to know very little about him or the Jets, you would never guess Stastny is a 35-year-old.

What do I like about the second-oldest Jet?
I like how much Stastny still cares and how much effort he puts into his game. The fact that he skates hard most games, he’s not the fastest out there but when you watch him he’s finding good spots, almost like he knows where the puck will be. When he finds those sweet spots on the ice and picks up a rogue puck, it doesn’t sit on his stick for very long and he finds these perfect passes. The cool thing about those passes is they’re mostly short, but every now and then he can find longer passes too, then hauls it up the ice and gets in front of the net. He’s not the biggest body out there, but he’s good for standing in front of the net and either picking up the odd rebound or screening the goalie. I have to make a little shout-out to his missing tooth and when he brings out that smile – you just have to love that hockey smile.

Stastny’s numbers this year
Stastny is playing cool like a cucumber this year. He’s not playing above average, but he’s playing pretty damn good for a 35-year-old. He’s played 43 games this season, has 12 goals and 12 assists. If this was a full season, he would be on pace for 46 points. The only other player to hit that exact number of points at the age of 35 is @Eric Staal, and he did that last year. So far this season, he has won 53.3% of his faceoffs, which is slightly lower than his career average of 54.0%. He’s also killing it with his shot percentage this season, as he’s currently shooting at 15.4% and that’s way higher than his career average of 12.6%. The man is also a bit of a clutch scorer, scoring four game-winners this season.
What don’t I like about Stastny’s game?
Nothing.

The guy has been in the league for as long as I’ve been following the NHL. He’s performing at a similar rate as he did when he was 27. He might not be playing on the top line, but he’s great on the second line. Sure, he’s had less than stellar games but he’s playing better than what I was expecting. He looks like a good leader on the ice. You really can’t say many negative things about him. Maybe the veteran could be younger so he could potentially play with @Nikolaj Ehlers longer.
Long story short, Stastny is a perfect veteran to have on the team and a great addition to the Jets’ second line. Let me know what you think, am I being too easy on the second-oldest Jet? What things do you like about Stastny?
Let me know in the comments below or hit me up on Twitter or Instagram.
Uncategorized
Recent articles from Angus Hout