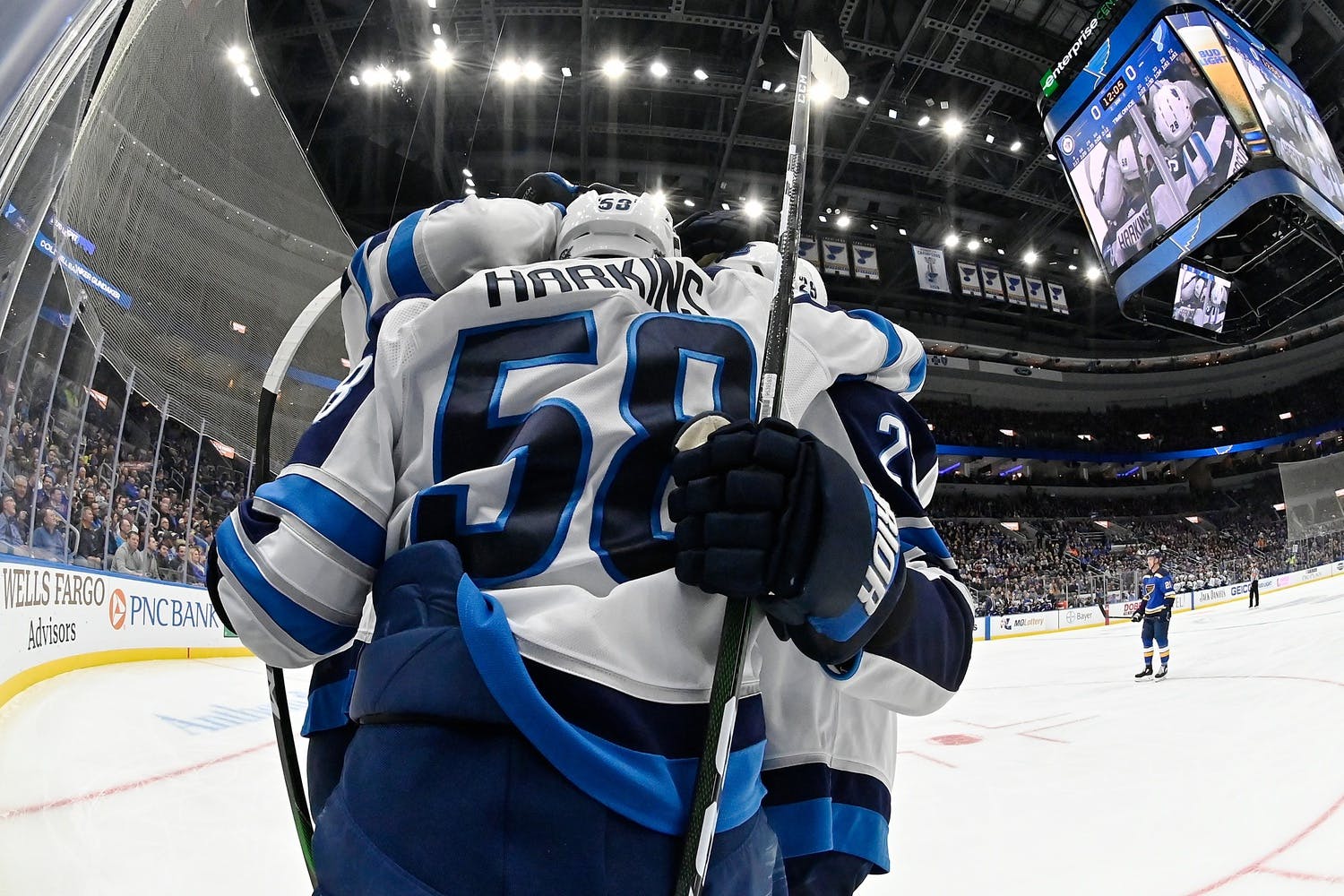 By Nation World HQ
1 year ago
by OddsShark (@OddsShark) – Sponsored Post
The Winnipeg Jets are up in their series since Connor Hellebucyk has the Edmonton Oilers’ number, which leaves bettors to decide when – or if – the Jets’ home-ice issues will come to the fore. The Jets are +115 home underdogs and the Edmonton Oilers are -135 favorites with a 5.5-goal total on the NHL odds for Sunday at sportsbooks monitored by OddsShark.com.
The Jets are 6-7 this season as an underdog at home, and the total has gone OVER in seven of those 13 matchups at betting sites. The Oilers are 13-3 in their last 16 games as an away favorite but are just 5-7 in their last 12 games as an away favorite of -115 to -145 with the total going UNDER the last four times the moneyline closed in that range. The teams will be back at it Monday; the Jets are 7-4 in their last 11 games when they have a game the next day, with the UNDER hitting eight times. The Oilers are 8-1 in their last nine front-end games, with the UNDER hitting six times (how the OVER/UNDER works).
Oilers vs Jets | OddsShark Matchup Report
The Jets are ahead 2-0 in the best-of-seven North Division semifinal. Hellebuyck and his supporting cast have negated Edmonton’s sizable edges in expected goals-for percentage/xGF% (56.1), scoring-chances share (55.5) and high-danger chances share (56.8). The Jets’ power play is zero-for-two in the series and six-for-26 against Edmonton on the season. The Oilers’ power play is zero-for-four in the series and is eight-for-31 against Winnipeg overall. (All advanced stats are based on score- and venue-adjusted five-on-five play.)
One promising indicator for the Oilers is that they generated high-danger chances at a higher rate on Friday than they did in the series opener two days prior, even though they were shut out by Hellebuyck in a 1-0 overtime defeat. The Leon Draisaitl-Connor McDavid-Jesse Puljujarvi line had an xGF% above 55 percent, with Puljujarvi leading the club in expected goals. McDavid will be trying to avoid going without a point for three consecutive games for only the second time all season. The Oilers like to use their defensemen offensively, so Darnell Nurse is a value play in anytime scorer props after a team-most six shots on Friday.
In the regular season, Edmonton was 13-4 in away games with one day of rest. The average total in those games was 5.82 goals.
Mike Smith has a 1.45 goals-against average and .946 save percentage so far in the series. He has also saved 1.30 goals more than expected, according to MoneyPuck.
The Jets eked out a 50.3 xGF% on Friday, when their Mark Scheifele-Kyle Connor-Blake Wheeler line had the difficult matchup against Draisaitl and McDavid. They will likely bear that defense-heavy responsibility again, but Kyle Connor is coming off a seven-shot game where he led Winnipeg in expected goals. The Jets have forward Pierre-Luc Dubois back on the second line with Paul Stastny and Andrew Copp, but the return of dangerous right wing Nikolaj Ehlers (shoulder) remains uncertain. One Jets depth forward who might be a sleeper in anytime scorer props is third-line right wing Mason Appleton, who was second on the team in expected goals on Friday.
The Jets were 6-9-2 in the regular season in home games with one day of rest. The average total in those games was 5.18 goals.
Hellebuyck has an 0.48 goals-against average and .986 save pct. so far in the series. The reigning Vezina Trophy winner has also saved 4.50 goals more than expected.
Check out OddsShark on Twitter and Instagram or head to YouTube for analysis on this week’s top games. As well, the OddsShark Computer serves up daily NHL picks for bettors.
Uncategorized
Recent articles from Nation World HQ