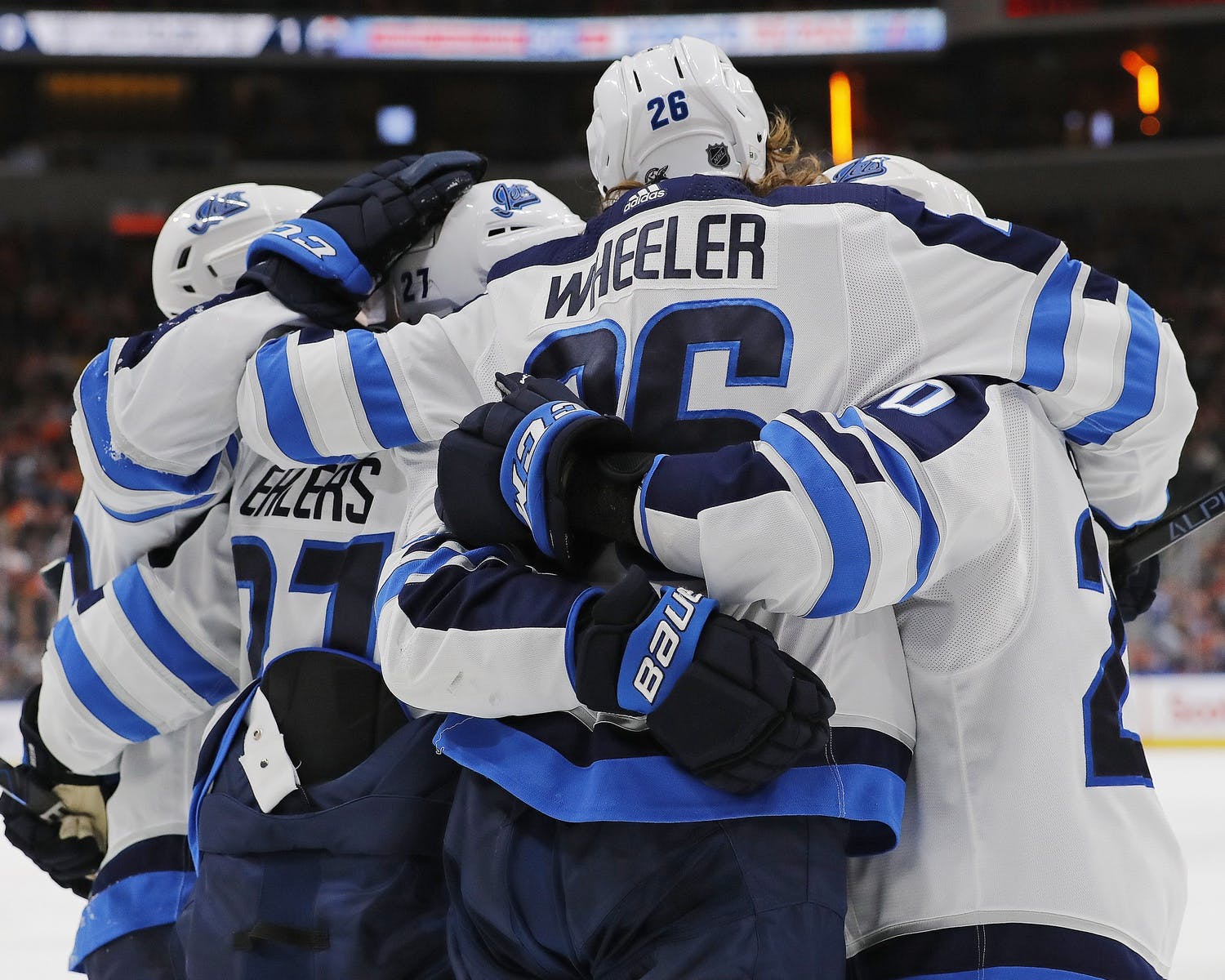 By Nation World HQ
1 year ago
by OddsShark (@OddsShark) – Sponsored Post
Backing the Winnipeg Jets in a second-place battle against the Edmonton Oilers means betting against Connor McDavid. The Jets and the visiting Oilers are both listed at -110 in a pick’em matchup with a 6.0-goal total on the NHL odds for Monday at sportsbooks monitored by OddsShark.com.
The Jets are 4-6 in their last 10 games against the Oilers, with the total going UNDER five times with one push at sports betting sites. They have also lost the last four meetings. The Jets are also 3-7 over their last 10 home games, with the total finishing UNDER six times. The Oilers are 12-8 in their last 20 away games, with 13 of those matchups finishing UNDER – including their last seven road games (how the OVER/UNDER works).
Oilers vs Jets | OddsShark Matchup Report
The Jets are 2-5-0 this season against the Oilers. Edmonton has a 17-13 edge in five-on-five goals, which roughly corresponds to the Jets’ deficiencies in expected goals-for percentage (44.7) and shares of scoring chances (45.6) and high-danger chances (41.3), per Natural Stat Trick. The Oilers are six-for-23 on the power play and the Jets are five-for-21. (All advanced stats are based on score- and venue-adjusted five-on-five play.)
The Oilers, who are 26-16-2, have had four days to prepare for this two-game second-place battle in the North Division. Led by centers Connor McDavid and Leon Draisaitl and defensemen Darnell Nurse and Adam Larsson, the Oilers had a season-best 67.9 xGF% when they defeated Winnipeg 3-0 in the teams’ last matchup on April 17. That was also the Oilers’ first win in eight tries in away games with three or more days of rest. McDavid also has 15 points in seven games this season against Winnipeg. He may be reunited with left wing Ryan Nugent-Hopkins, who scored on April 21 in his return from an injury.
Since March 26, Edmonton ranks 27th in xGF% (42.6) and 29th in goals-for percentage, or GF% (39.3). Over this time, the Oilers are 22nd in goals per game (2.55) and seventh in goals against (2.55). Their power play ranks 10th (23.7 percent) and their penalty killing ranks first (92.7).
Mike Smith, who is 16-5-2 with a 2.37 goals-against average and .921 save percentage, left the Oilers’ practice last Saturday with lower-body discomfort but finished the session. Backup goalie Mikko Koskinen is 10-11-0 with a 3.09 GAA and .903 save pct., but he has allowed two or fewer goals in seven of his last nine starts.
The main question regarding the Jets, who are 27-17-3, is how they will respond in the wake of a three-loss streak and No. 1 center Mark Scheifele receiving a benching in the second period of a 4-1 home defeat against the Toronto Maple Leafs on April 24.
The Scheifele-Kyle Connor-Blake Wheeler line generated only a nominal amount of offensive activity in that loss, while the Pierre-Luc Dubois-Nikolaj Ehlers-Paul Stastny unit was more effective. Ehlers has three goals in seven games against Edmonton this season, and depth forward Mason Appleton co-led the Jets with four shots on Saturday. The Jets are only 6-6-2 in home games with one day of rest and have averaged 2.57 goals in those outings, compared to 3.39 in all other games.
Winnipeg is 20th in xGF% (48.3) but eighth in actual GF% (56.8) over the past 30 days. During this span, the Jets are 19th in goals per game (2.79) and ninth in goals against (2.57). Their power play ranks 11th (21.7 percent) and their penalty killing ranks 12th (83.7).
Connor Hellebuyck is 21-13-3 with a 2.58 GAA and .917 save percentage. The Oilers have been tough on him this season, as Hellebuyck is 2-3-0 with a 3.65 GAA and .889 save pct. against Edmonton.
Check out OddsShark on Twitter and Instagram or head to YouTube for analysis on this week’s top games. As well, the OddsShark Computer serves up daily NHL picks for bettors.
Uncategorized
Recent articles from Nation World HQ