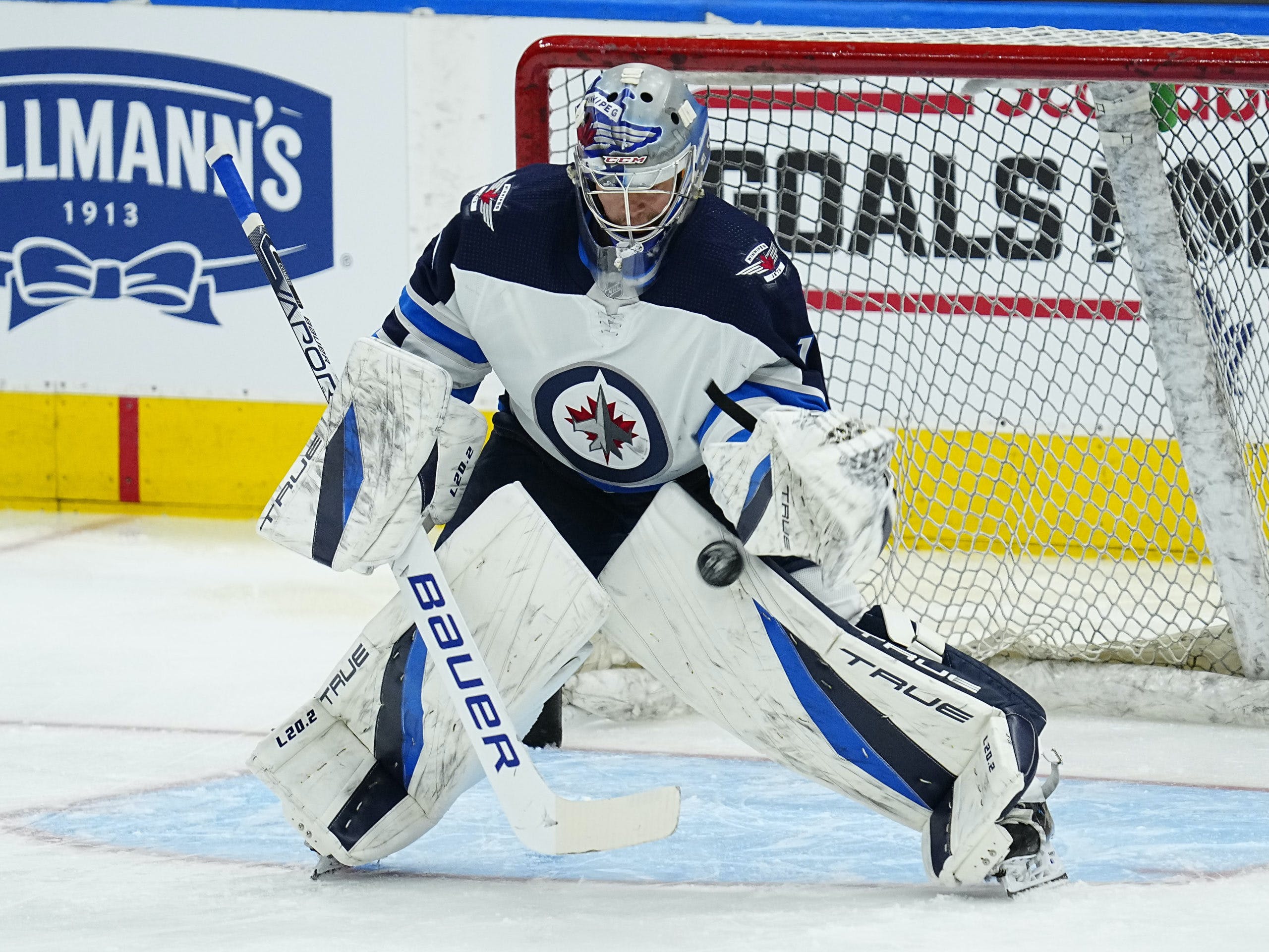 By Thomas Hall
7 months ago
As the 2021-22 season nears completion, the Winnipeg Jets are preparing to play their final road game of the year, which will take place in Carolina against the Hurricanes.
Coming into this matchup, the Jets have lost three straight games versus elite championship contenders in the Florida Panthers, Tampa Bay Lightning and New York Rangers. Now, they’ll face another tough opponent as the Hurricanes currently lead the Metropolitan Division with a 49-29-8 record and 106 points.
If the schedule wasn’t already difficult enough, the high-powered Colorado Avalanche are up next, which will begin a four-game homestand to conclude the regular season. So, at least this club will be able to play at home for the first time in over two weeks.
Before that happens, though, they’ll be aiming to end their current three-game losing skid at PNC Arena Thursday. If successful, it’ll be their first win over the Hurricanes since Mar. 8, 2019. That was over three years ago.
For a preview of this contest, here are three storylines to watch ahead of puck drop between Winnipeg and Carolina:

With starter @Connor Hellebuyck still recovering from a non-COVID illness, back-up @Eric Comrie will receive the nod Thursday in Carolina, setting the stage for his second straight start in goal.
Last time out, the 26-year-old came away with his fourth loss of the season, however, he fared pretty well versus the Rangers. In total, the 6’1″ netminder stopped 31 of his 33 shots against, performing to a .939 save percentage.
Though Comrie couldn’t outduel @Igor Shesterkin – who could blame him – the Edmonton, Alberta, native certainly held his own despite receiving zero offensive support. Just two days later, he’ll be tasked with making back-to-back starts for just the second time this season.
The first instance was on Nov. 6, 2021, against the New York Islanders, when he made 29 saves on 31 shots against. Unfortunately, his teammates couldn’t register a single goal back then either as they were shut out 2-0.
Perhaps Comrie will finally receive some support during his 14th start of the season.

It’s time to rejoice, Jets fans. After sitting out the last two games as a healthy scratch, rookie @Dylan Samberg will draw back into the line-up against Carolina, with @Logan Stanley shifting to the press box.
Stanley, who struggled mightily in New York last game, had spent the previous two contests on Winnipeg’s third defensive pairing next to veteran @Brenden Dillon. But with the 6’7″ blueliner serving as a healthy scratch, it’ll likely be Samberg who fills that void alongside Dillon.
For the most part, Samberg has performed extremely well in whatever role he’s been assigned to by the coaching staff, which has opened plenty of eyes within the organization. Fitting in perfectly, the 23-year-old has posted 14 hits, 12 shots on goal, 10 blocks, four takeaways and he’s added a much-needed defensive-first presence to this blue line.
If he sustains his current production, it’ll be pretty difficult to remove him from the line-up down the stretch. Still, crazier things have occurred regarding this club’s roster construction this season.
As for the rest of the group, here are Winnipeg’s projected defensive pairings:
@Josh Morrissey – @Dylan DeMelo
@Nate Schmidt – @Neal Pionk
Samberg – Dillon

The Jets have been forced to play from behind throughout this recent stretch, although that’s something they’re hoping to change against the Hurricanes.
In seven of their previous eight games, the team has trailed first and ultimately lost five of those contests, with their only victories coming over the Ottawa Senators and Montreal Canadiens. Having said that, drawing first blood will likely prove extremely challenging once again.
This season, Carolina is tied for the second-most wins (36) in the league when scoring first, according to NHL.com. That’s pretty efficient. Not to mention, they’ve also opened the scoring in 46 of their 77 games in 2021-22, which is third-most among all 32 franchises.
Suffice to say, it won’t be a small task to crack the scoreboard before the Hurricanes do. Considering the Jets have been held to just five total goals across their last three contests, outscoring their opponent might be more difficult than beating them to the punch for the night’s opening score.