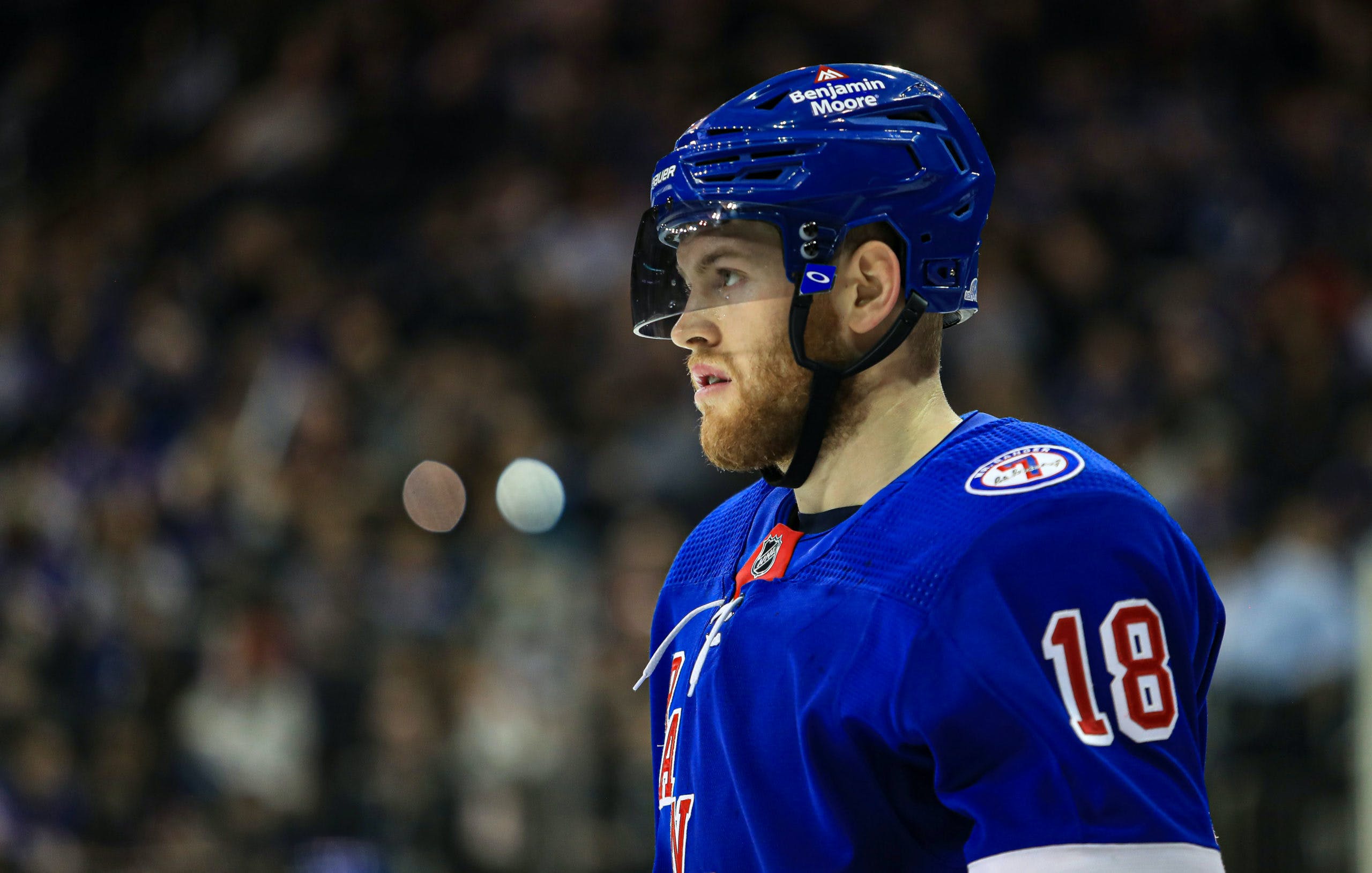 By Thomas Hall
7 months ago
Thank goodness the Winnipeg Jets are finished with teams from Florida, right?
Interestingly, this six-game road trip began with back-to-back victories over the Ottawa Senators and Montreal Canadiens, although things have certainly fallen off since then. In the two games versus the Florida Panthers and Tampa Bay Lightning, it quickly became a scoring feast against this club as they allowed 13 total goals during this miserable span.
Following these two losses, the Jets have been mathematically eliminated from the playoffs, at least, according to MoneyPuck.com. With only six games remaining, paired with a 35-30-11 record and 81 points, their playoff odds currently sit at zero per cent.
While there’s little left to play for, the upcoming schedule isn’t about to lighten for this organization, who’ll conclude this road trip with stops in New York and Carolina. Suffice to say, ending their two-game losing streak won’t be easy.
For a preview of this contest, let’s explore three storylines ahead of puck drop between the Jets and Rangers.

Traditionally, when a former member of the Jets plays against them for the first time, he usually enjoys a strong performance. Now, forward @Andrew Copp will be the latest skater attempting to accomplish this feat.
Granted, Copp won’t be returning to Winnipeg – that’ll likely take place next season – as this contest will be held at Madison Square Garden. Still, it’s always a good feeling to perform well versus your old team, especially when they traded you nearly a month ago. Wounds like this don’t tend to heal very quickly.
Having said that, the 27-year-old has adjusted to his new surroundings pretty easily and has become a vital part of the New York Rangers’ roster. In just 13 games, he’s already scored five goals and 13 points, with 11 of those points coming at even-strength.
As you’d expect, Copp is also earning ice-time on both the power play and penalty kill, meaning the Jets figure to match up against him in numerous situations all night long.

The Jets will have a skater of their own visiting his former organization Tuesday: @Morgan Barron. Included as part of the package sent in return for Copp, Barron has fit in quite nicely with his new teammates, recording his first career multi-point performance on Apr. 11 in Montreal.
In addition, the 23-year-old has also posted 12 shots on goal, eight hits, three takeaways and one block through eight games with Winnipeg. Not too shabby for a former sixth-round selection.
Though Barron enters this showdown without a point in consecutive games, he’ll be playing with extra motivation during this tilt, which could help provide a scoring touch alongside @Adam Lowry and @Mason Appleton.

Jets Hoping to Build a New Culture Down the Stretch

At this point, Winnipeg’s skaters can begin setting their sights on next season, although they’re hoping to make the most out of these remaining games by creating something they haven’t had all season – an identity.
One of the biggest downfalls of this season has been their inability to create a culture, both on and off the ice. For a new emerging core of @Kyle Connor, @Pierre-Luc Dubois, @Nikolaj Ehlers and @Josh Morrissey, they hope to change that narrative heading into the off-season, or at least, form a starting point.
It’s pretty simple, the Jets need to become harder to play against. Between their offensive droughts, defensive-zone struggles and lack of overall consistency, there’s plenty of work to be done. However, to be successful, everyone will be required to buy in, which might not transpire.
There’s no hiding the fact that major decisions lie ahead for this franchise in the summer. But if they can generate a little momentum before the season concludes, perhaps it’ll provide them with something to build off in 2022-23.