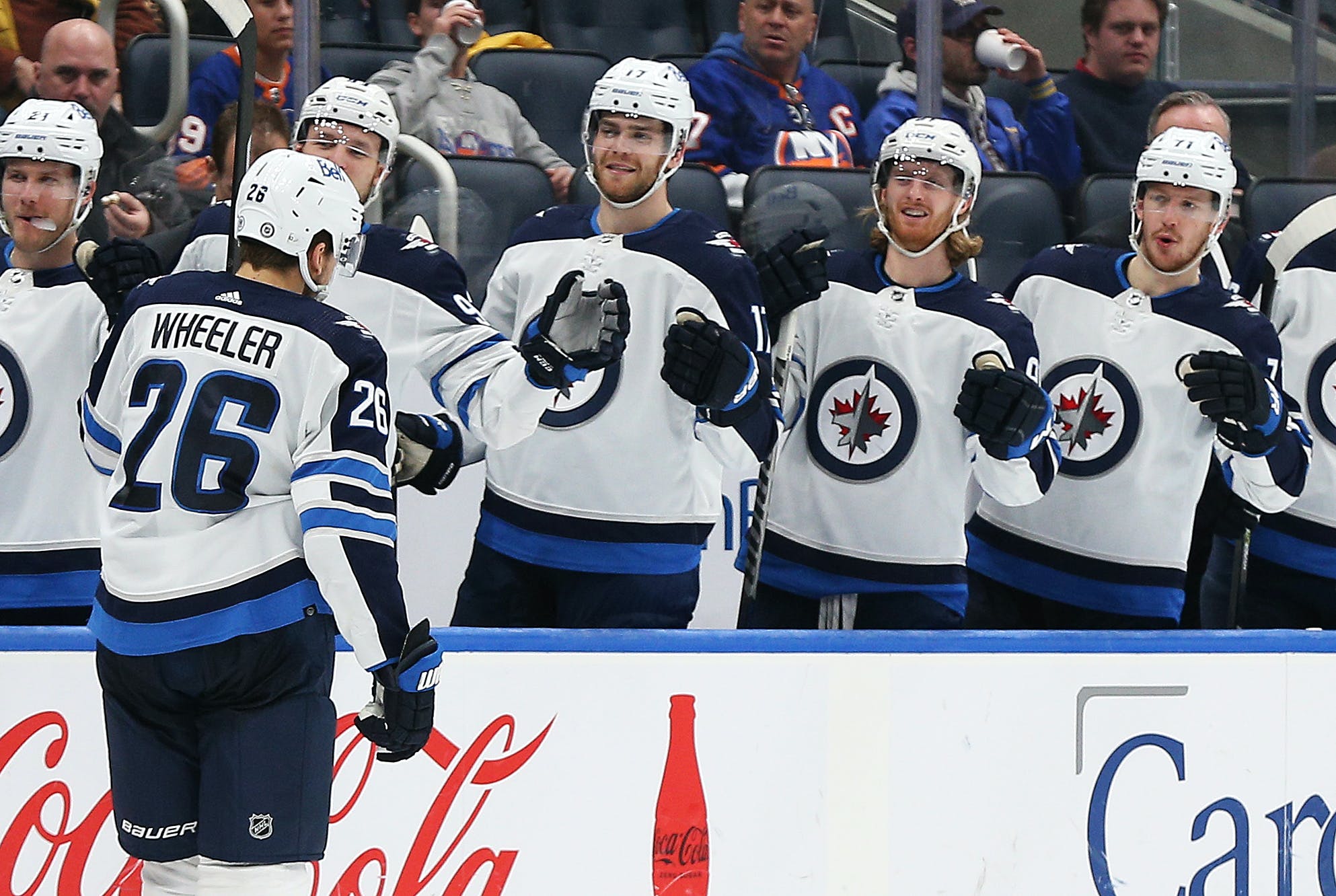 By Thomas Hall
7 months ago
Every year, several Canadians travel south to enjoy warmer weather during the winter months. But as we’ve seen recently, there can be benefits to doing that in April, too.
Due to an incoming blizzard, or so it was believed, Wednesday’s contest between the Winnipeg Jets and Seattle Kraken was postponed by the National Hockey League, rescheduling the game to May 1. As a result, the team packed its bags and headed off to the Sunshine State, where they’ll begin a back-to-back series Friday.
First up is a date versus the Florida Panthers, who enter this matchup leading the East with a 52-15-6 record and 110 points. If that’s not impressive enough, they’ve also won eight straight games, helping them register a 9-1-0 record over their last 10 contests.
The Jets may be coming off a three-day break, however, odds are nothing will come easy for them during this showdown at FLA Live Arena.
For a preview of this tilt, let’s explore three storylines ahead of puck drop between Winnipeg and Florida.

Captain @Blake Wheeler, who suffered an upper-body injury on Apr. 6 versus the Detroit Red Wings, has been cleared to play and will be in action Friday during the first half of this back-to-back series.
After missing the last three games, Wheeler will return to the club’s top line, reuniting him with teammates @Kyle Connor and @Pierre-Luc Dubois. Prior to this injury, the 35-year-old had scored two goals and three points over his previous five contests, which saw this trio enjoying plenty of success.
In a corresponding move, the Jets have bumped forward @Evgeny Svechnikov – who filled in alongside Connor and Dubois during Wheeler’s absence – to the fourth line.
Unfortunately, injuries have limited the Plymouth, Minnesota, native to just 57 games this season. With only eight remaining, he’ll look to finish strong in what’s been a fairly unpredictable campaign for the 6’5″ forward.

Similar to Wheeler, forward @Jansen Harkins is also returning to Winnipeg’s line-up Friday, ending his four-game absence away from the team.
The 24-year-old entered the league’s concussion protocol after suffering a blow to the head during his second shift on Apr. 2 against the Los Angeles Kings. While he wasn’t diagnosed with a concussion, this injury made him unavailable up until he resumed practicing in Florida on Thursday.
Despite being previously considered a game-time decision, interim coach Dave Lowry confirmed Harkins will play following Friday’s morning skate. As a result, the 6-foot-2, 195-pound winger will be positioned on the Jets’ fourth line alongside @Dominic Toninato and Svechnikov.
There, Harkins will aim to end his seven-game scoring drought, which saw him generate just three shots on goal before drawing out due to injury.
As for the rest of Winnipeg’s forward group, here are the projected forward lines for Friday’s contest:
Connor – Dubois – Wheeler
@Morgan Barron – @Paul Stastny – @Nikolaj Ehlers
@Zach Sanford – @Adam Lowry – @Mason Appleton
Harkins – Toninato – Svechnikov

At this point, there’s little hope for the Jets to suddenly surge into a playoff position, although no one should make defenceman @Josh Morrissey aware of that as he’s been doing everything possible to carry his team lately.
Since mid-March, Morrissey has taken his craft to another level and has looked far more confident in his surroundings over this recent stretch. Offensively, he’s registered four goals and nine points over his last 14 games, with four of those points coming at even-strength.
Diving into his advanced metrics, the 27-year-old has been one of the most effective defencemen on the team since Mar. 25. During this span, which extends across his previous nine contests, he possesses the highest Corsi For Percentage (54.2 per cent), Fenwick For Percentage (57.7 per cent) and the second-highest Expected Goals For Percentage (56.4 per cent) at 5-on-5, according to NaturalStatTrick.com.
Considering Morrissey struggled for most of last season, it’s been a huge revelation to have him bounce back in such a massive way in 2021-22, particularly down the stretch. If only the rest of this club’s blue line could enjoy similar success. But alas, that’s not the case.
If Winnipeg fares well during its trip to Florida, chances are it’ll largely be the result of Morrissey’s efforts, both offensively and defensively.