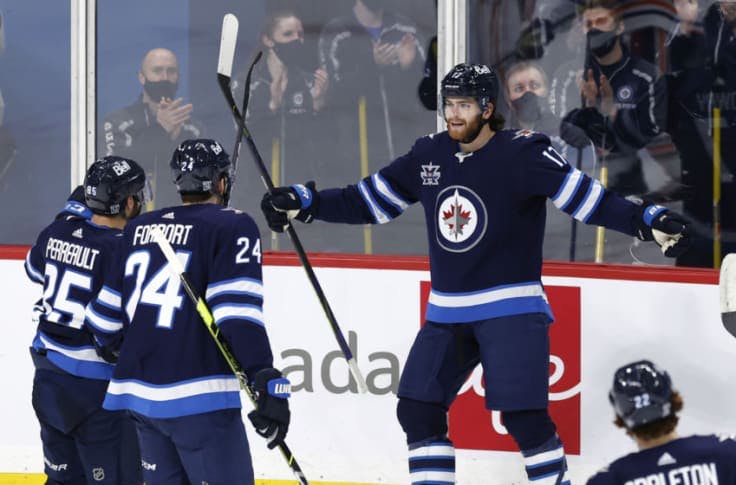 By baggedmilk
1 year ago
by OddsShark (@OddsShark) – Sponsored Post
The Winnipeg Jets have had the Calgary Flames’ number in their recent regular-season matchups, but they have rust to skate off in a game where the moneyline trends are not in their favour. The Jets are the +115 underdogs and the Calgary Flames are -135 favourites with a 6.5-goal total on the NHL odds for Tuesday at sportsbooks monitored by OddsShark.com.
Winnipeg is 7-3 in its last 10 regular-season matchups against Calgary with the total going UNDER seven times at online sports betting sites. However, the Jets are 4-8 in their last 12 games as a road underdog. The Flames are 15-5 in their last 20 home games as a favourite of -130 to -150 on the moneyline, with the total finishing OVER 11 times with two pushes.
Jets vs Flames | OddsShark Matchup Report
The Jets have been off since February 4, when they defeated Calgary 4-1 to wrap up a three-game series where they earned five of six possible points.
During their break, the Jets, who are 7-3-1, integrated center Pierre-Luc Dubois into their lineup. Dubois is expected to be flanked by wings Kyle Connor and Trevor Lewis in hope of giving Winnipeg three credible scoring lines to go along with the trios led by Mark Scheifele and Paul Stastny. That could help the Jets with matching Calgary’s depth, but it is worth noting that Winnipeg is 6-8-1 in its last 15 games with three or more days off.
The Jets are 16th in the 31-team NHL in their share of shot attempts (50.4 percent) and 12th in shots for (50.9), but it is a concern that they are 28th (43.9) at trading high-danger chances. They are seventh in goal scoring (3.55 per game) and 15th in goals against (2.82). Winnipeg’s power play is ranked 17th (20.0 percent) and the penalty killing unit ranks 14th (81.3).
Connor Hellebuyck has a 5-2-1 record with a 2.48 goals-against average and .913 save percentage so far this season. Holding Calgary to one goal in his last start improved Hellebuyck’s career numbers against the Flames to 7-2-1 with a 2.05 GAA and .926 save percentage.
The Flames are 5-5-1, and surely do not need to check Natural Stat Trick for confirmation that they had the edge against Winnipeg in expected goals-for percentage in all three games last week, but won only once. The Elias Lindholm-Matthew Tkachuk-Dillon Dubé line in particular should be out to prove a point after they failed to score and were a combined minus-8 in that February 4 game.
Overall, the Flames are eighth in the NHL in their share of shot attempts (52.3 percent), 16th in shots for (49.8) and 14th in high-danger chances (51.5) in the five-on-five phase. They are 16th in goal scoring (2.91 per game) and 16th in goals against (2.82), while boasting the 12th-ranked power play (23.4 percent) and 18th-ranked penalty killing unit (80.0).
Jacob Markstrom, Calgary’s No. 1 netminder, has a 5-3-1 record with a 2.55 goals-against average and .914 save percentage, although he has been under .900 in four of his last five starts. In 15 career games against the Jets, Markstrom is 3-10-2 with a 3.36 GAA and .891 save percentage, which is a far cry from Hellebuyck’s track record against Calgary.
The Jets host the Ottawa Senators on Thursday and Sunday to complete their week.
Check out OddsShark on Twitter and Instagram or head to YouTube for analysis on this week’s top games. As well, the OddsShark Computer serves up daily NHL picks for bettors.
Uncategorized
Recent articles from baggedmilk