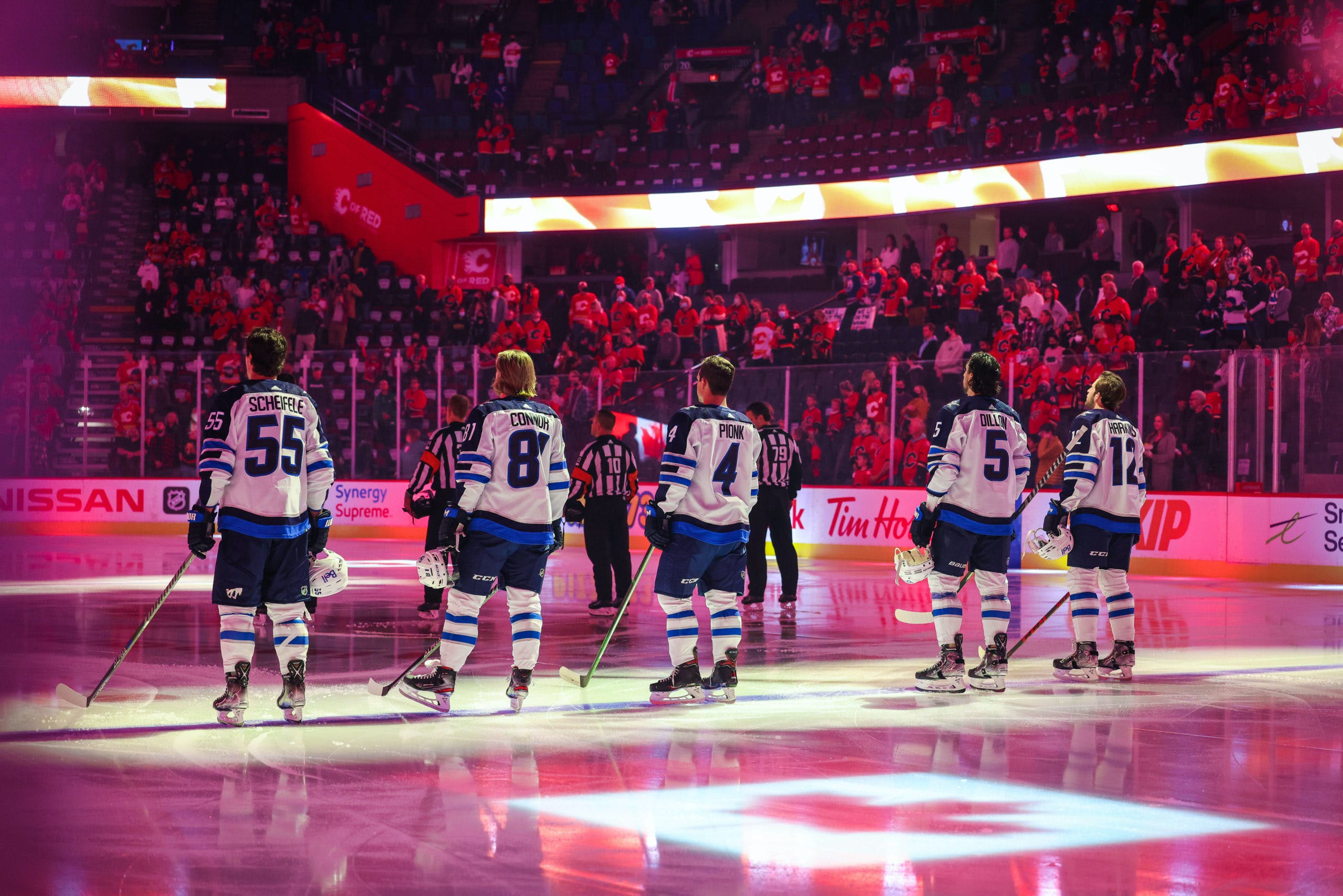 By Mike Gould
1 year ago
The Winnipeg Jets have submitted their opening roster for the 2021–22 season, PuckPedia reported Monday afternoon.
The roster features 22 players (12 forwards, eight defencemen, and two goaltenders) who are healthy and under contract.
33-year-old centre @Bryan Little will start the season on long-term injured reserve as he continues to deal with the head injury that sidelined him for the entire 2020–21 season. With Little on the shelf, the Jets will feature $5,252,979 of LTIR cushioning at their disposal in 2021–22.
Here’s how the rest of Winnipeg’s opening roster breaks down:
The Jets also haven’t assigned forward @Evgeny Svechnikov to the Manitoba Moose of the American Hockey League, but the 24-year-old winger doesn’t currently have an NHL contract (he attended Winnipeg’s training camp on a professional tryout, having already signed an AHL deal with Manitoba).
With the Jets now having access to their LTIR space, expect a Svechnikov contract to be announced shortly.
The Jets will open their 2021–22 season on Oct. 13 when they take on the Anaheim Ducks at the Honda Center at 9:00 p.m. CT.

After signing up for a free account, we’re going to give you a bunch of boxes with player names and you’re going to pick a name from each box until you’ve put together a super crew that you think can contend for a NationDrafts championship. Seems easy, right? It is easy and that’s not just because you’re wicked smart. Sign up for FREE right here.
Jets News
Recent articles from Mike Gould