Jets need to replace Logan Stanley on their third pairing 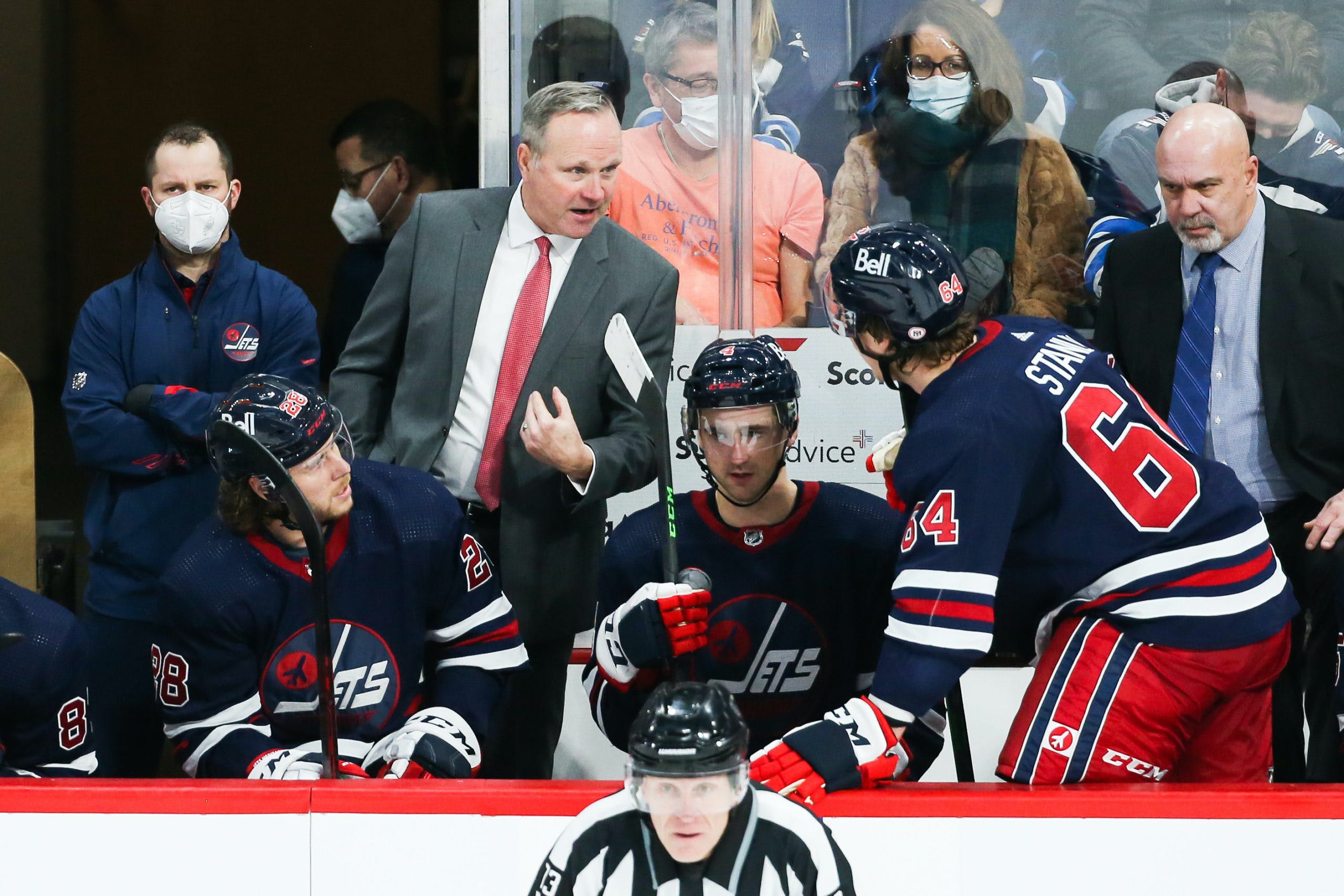 By Colton Davies
7 months ago
After Tuesday’s 3-0 shutout loss to the New York Rangers, it’s evident throughout the Winnipeg Jets fan base that they need to replace defenceman @Logan Stanley on their third defensive pairing as soon as possible.
That pairing has seen its fair share of mishaps this year, and it was made clear a night ago that the duo of Stanley and @Brenden Dillon holds the worst Expected Goals For Percentage (xGF%) at 5-on-5 of any defence pairing in the entire NHL, sitting at 31.44 per cent.
Stanley was selected 18th overall in the first round of the 2016 NHL Draft. To note, a few defencemen taken after him were @Dennis Cholowski (20th overall), @Samuel Girard (47th overall) and last season’s Norris Trophy winner, @Adam Fox (66th overall).
At the time, the Jets took a chance on the monster 6-foot-7 defender as they were adamant he’d develop into a top-four defensive defenceman at the NHL level. His numbers in the Ontario Hockey League (OHL) were average for what a defensive-minded defenceman, like himself, would be projected to score. But he was a physical menace and teams hated playing against him.
He made himself noticeable and after capturing the Memorial Cup with the Windsor Spitfires – on a loaded team that saw the likes of future NHLers @Gabriel Vilardi, @Logan Brown and two-time Stanley Cup champion @Mikhail Sergachev – Stanley was then traded to the Kitchener Rangers.
While with the Rangers, he set a career-high 42 points (15 goals, 27 assists) in 61 games, his offensive improvements got management excited for the future. He started to look promising, and then was assigned to the Manitoba Moose the following season, beginning his tenure in pro hockey.
The towering blueliner spent two seasons with the Moose, registering 32 points in 117 games while posting 143 penalty minutes. He earned his call up to the NHL and made his debut during the 2020-21 season. During the bubble playoffs, he recorded three points (two goals, one assist) in eight games.
This year, however, has not gone the way anyone has wanted. Currently, Stanley has 13 points (one goal, 12 assists) in 57 games. According to Natual Stat Trick, his Expected Goals Against (xGA) is 56.4 and he has 55 giveaways. Despite winning fans over after getting into a heated confrontation with Toronto Maple Leafs forward @Wayne Simmonds earlier in the year, he’s just not living up to the hype that once surrounded him.

Who Can Replace Stanley

There are a couple of options the Jets could try on that third pairing. They could slot in the 6-foot-3 high-energy @Dylan Samberg, or opt to put in @Ville Heinola, who quite frankly, deserves a permanent role in the line-up.
Samberg has played in 10 NHL games this season and has four assists. He loves to throw his body around and his pairing with Dillon probably reminded some people of the ‘Bash Brothers.’ When it comes to advanced metrics, according to MoneyPuck, they posted a 73.5 per cent xGF%, a 63.5 per cent Corsi For Percentage (CF%) and a 65.0 per cent Fenwick For Percentage (FF%). Those are some solid numbers.
Aside from the @Josh Morrissey and @Dylan DeMelo pairing, this is Winnipeg’s most efficient pairing and the coaching staff should be utilizing it every game.
Heinola has been a work in progress. The 2019 first-round selection has played a total of 25 games for the Jets over the past three seasons and he has accumulated 10 points in that time. He’s a very smart and poised offensive defenceman, who has excellent vision and is very good at getting pucks on the net.
We’ve seen the likes of young defencemen like @Cale Makar, @Quinn Hughes and Fox dominating the NHL in recent seasons. Heinola has that same ability to become a top-notch NHL defender if the Jets would just stop with the tomfoolery.
Thus far, it seems Heinola receives his shot in the line-up, plays a certain amount of games, then gets yanked and sent back down to the AHL. It’s a frustrating cycle for not only him but for Jets fans, too. That type of action significantly hinders a player’s development, and we have seen it before in the Jets’ pipeline. Kevin Cheveldayoff and Dave Lowry need to work on Heinola before he’s another “wasted talent”.
With the Jets’ playoff hopes tarnished, it’s time to go back to the drawing board and revamp this defence core into what it was supposed to be this season. After all, that’s why the club went out and acquired Dillon and Schmidt last summer. They need to address the Stanley issue right away.