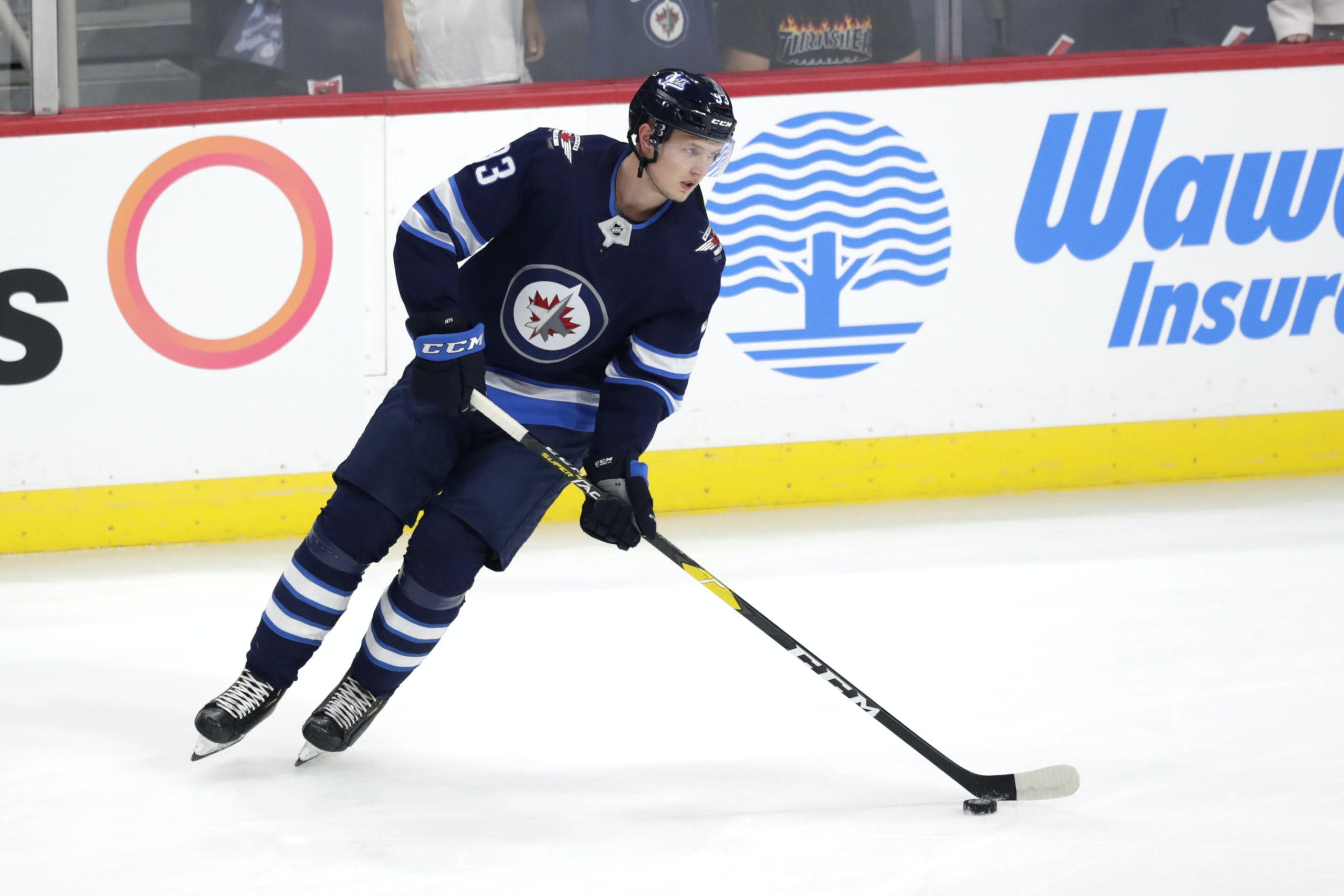 By Thomas Hall
1 year ago
Time to ride the transactions bus once again, as the Winnipeg Jets have added to their forward depth by recalling @Kristian Vesalainen from the Manitoba Moose of the American Hockey League.
Vesalainen, 22, was assigned to the AHL two separate times last week to create a roster spot for prospect @Mikhail Berdin, who served as the Jets’ backup goaltender while starter @Connor Hellebuyck recovered from an illness.
Now that Hellebuyck, 28, is back with the team, there was no need to keep Berdin, 23, in the National Hockey League any longer. In turn, he’s been sent down to the Moose, allowing Vesalainen to return to the big club.
In his brief time away from the Jets, Vesalainen appeared in three games with the Moose, scoring one goal during that span – a power-play marker that opened the scoring against the Chicago Wolves. Additionally, he also registered eight shots on goal and earned a -1 +/- rating.
As for his performance in the NHL so far this season, the former first-round selection has averaged 11:33 minutes of ice-time per game, posting one goal, 11 hits, eight shots on goal and one block through eight contests.
Considering Vesalainen didn’t attend Winnipeg’s practice Monday, it remains to be seen if he’ll suit up against the St. Louis Blues on Tuesday or will serve as a healthy scratch. Most likely, that decision will be made during the team’s morning skate prior to puck drop.
Regarding Berdin’s current situation, he’s likely to return to his starting position as Manitoba’s No. 1 netminder, which has seen him generate a 2.69 goals-against average and a .893 save percentage over six contests in 2021-22.
Coming off a 2-0 defeat at the hands of the New York Islanders, the Jets will be looking to return to the win column when they take on the Blues at Canada Life Centre on Tuesday night.
Jets News
Recent articles from Thomas Hall