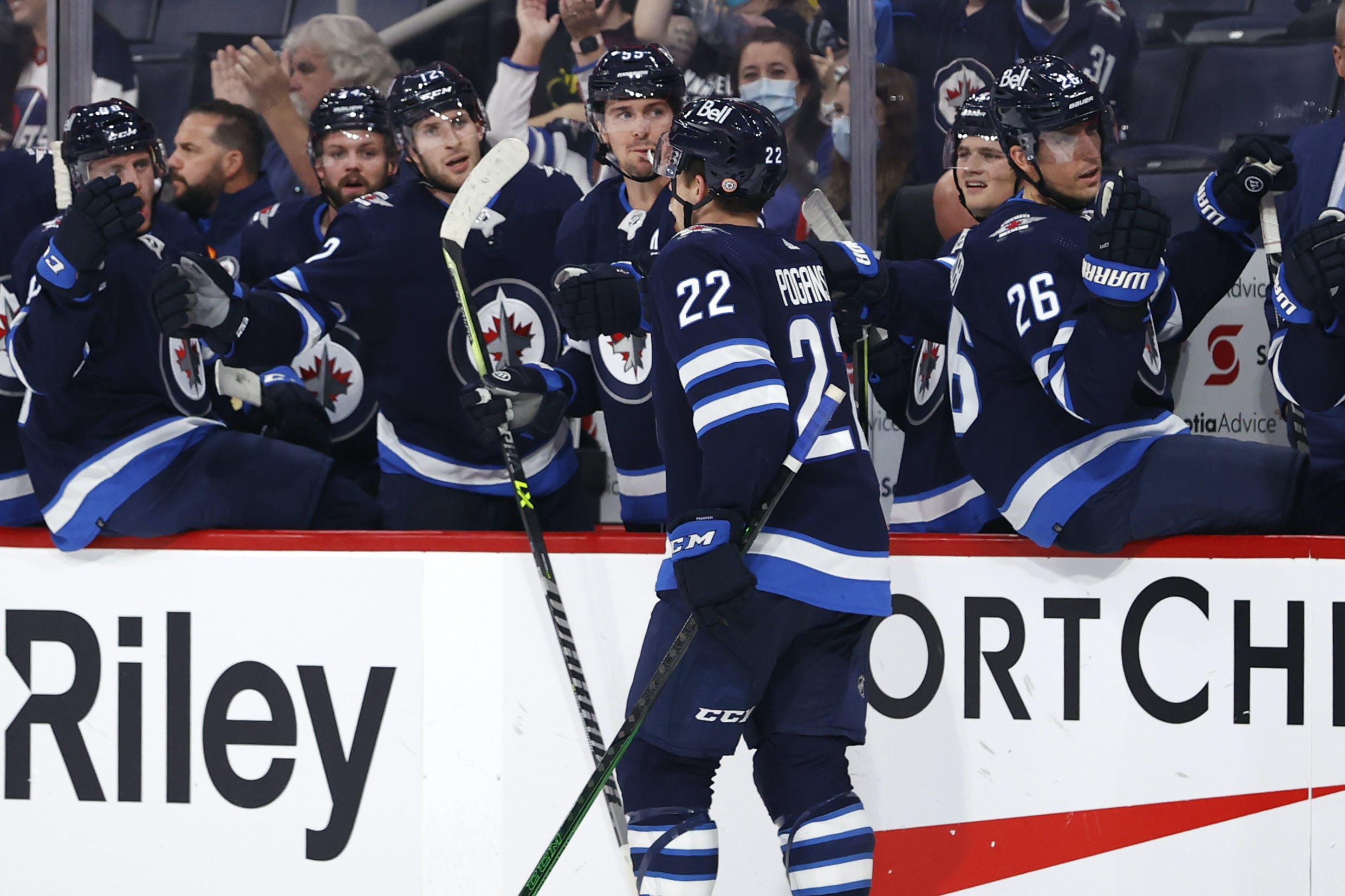 By Thomas Hall
9 months ago
With forward @Nikolaj Ehlers returning from long-term injured reserve, the Winnipeg Jets needed to make a roster move and have placed @Austin Poganski on waivers, as per the National Hockey League’s transaction page.
Following this move, the other 31 NHL clubs now have 24 hours to place a claim on Poganski. If he passes through, the 6’2″ forward can be assigned back to the Manitoba Moose of the American Hockey League.
Poganski, 26, has split time between both the NHL and AHL this season. With the Jets, the right-hander has compiled 9:19 minutes of ice-time per game, posting 23 hits, nine shots on goal, five blocks and one takeaway across 16 contests.
As for his time with the Moose, the native of St. Cloud, Minnesota has registered seven goals and 21 points over 31 games in 2021-22.
Last off-season, Poganski signed a one-year, $750,000 contract and is set to become a restricted free agent with arbitration rights this summer.
On an injury-related note, Ehlers, who hasn’t played since Jan. 18 due to a lower-body injury, is expected to make his highly-anticipated return to the line-up Friday against the Dallas Stars.
Winnipeg will host Dallas at Canada Life Centre on Friday, beginning at 7:00 pm CT.
More from Jets Nation:
Jets News
Recent articles from Thomas Hall