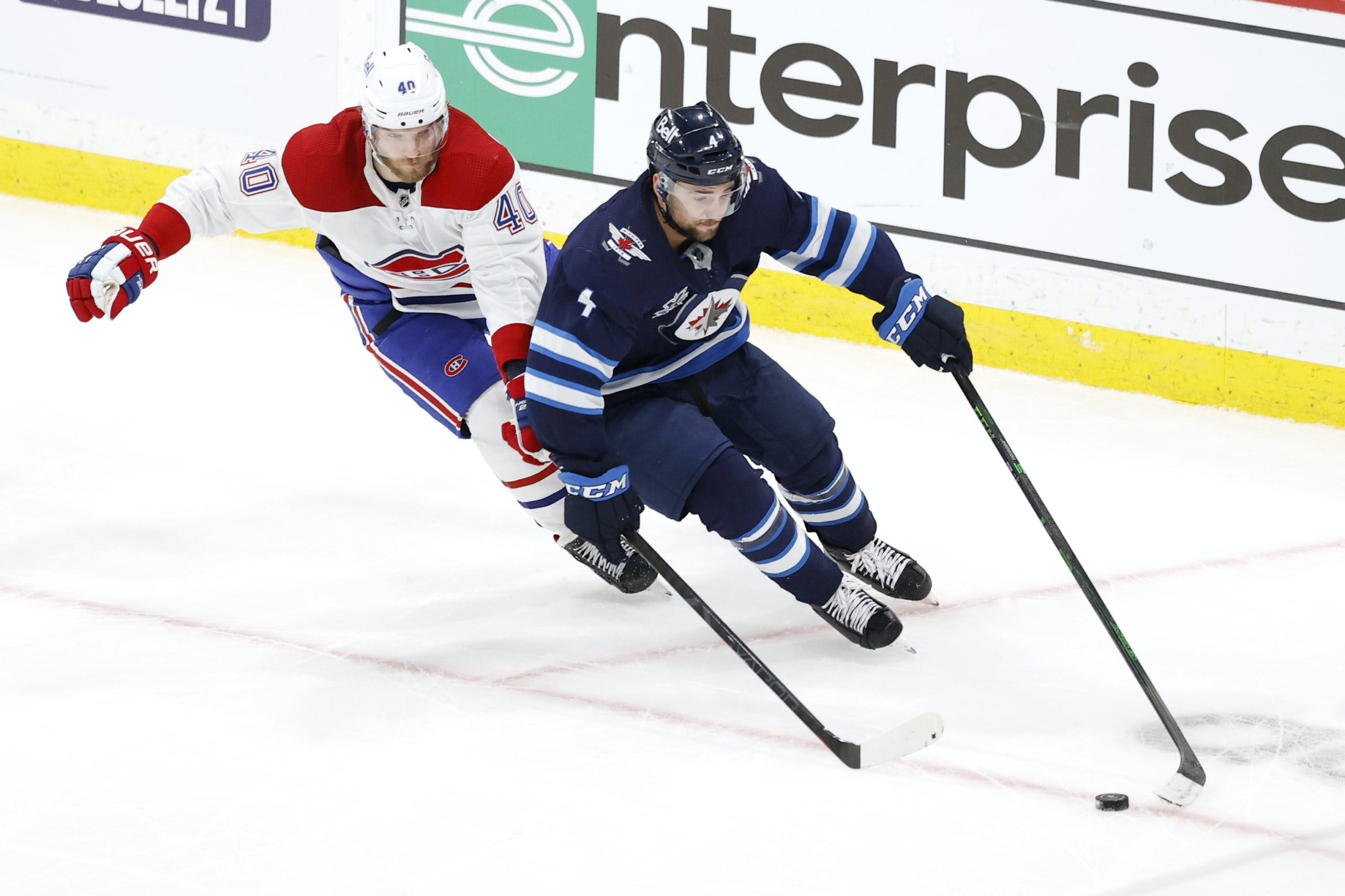 By Thomas Hall
1 year ago
With the Winnipeg Jets forced to rebuild their entire blue line in 2019, the front office ultimately traded defenseman @Jacob Trouba to the New York Rangers in exchange for a first-round pick (@Ville Heinola) and defenseman @Neal Pionk, who’s unexpectedly blossomed into a crucial part of this team’s back end.
At the time of this acquisition, most experts viewed Pionk as an encouraging young blueliner who could earn some playing time on the third defensive pairing and the second power-play unit as well. But since the 25-year-old quickly exceeded his expectations during the 2019-20 campaign, he was rewarded with an increased role and was also being counted on to help lead the way once again throughout this past season.
Here are some positives and negatives from Pionk’s fourth season in the league:

While the COVID-19 pandemic ended Pionk’s inaugural campaign after just 71 games, the league-wide shutdown didn’t prevent him from setting new career highs in assists (39), total points (45), five-on-five points (15), power-play points (25) and points per game (0.63).
Looking to take his craft up to another level in 2020-21, the right-hander served as an assists machine for a second straight campaign, although the 56-game schedule prevented him from surpassing his previous career-high in total points. That being said, the top-four blueliner still grew his game during even-strength situations and also earned recognition as Winnipeg’s top offensive defenseman.
Over 54 games, Pionk averaged 21:58 minutes of ice time per game, recording 29 assists, 32 total points, 16 five-on-five points, 0.59 points per game, 137 hits, 74 blocks and 19 takeaways.
Comparing these impressive results to the rest of his teammates, the former undrafted free agent finished with the most primary assists (19), total points, five-on-five points, high-danger scoring chances (eight) and hits among all Winnipeg defensemen, according to NaturalStatTrick.com.
Luckily for the Jets, Pionk also made a strong impact with his defense throughout the entire season, especially against the Edmonton Oilers. Needing someone to contain captain @Connor McDavid, the former Ranger accepted that challenge and performed extremely well during those matchups, as he kept the superstar forward to the perimeter and largely neutralized his offensive impact.

Despite serving as a reliable playmaker and defender this past season, Pionk’s goal-scoring ability took a minor step backward during both five-on-five and power-play situations, which was certainly less than ideal for a blue line that already lacked consistent scoring.
After scoring six goals last season, the Nebraska native registered just a trio of goals in 2020-21 and also experienced a 36-game goalless streak to conclude the regular season. Making matters worse, he couldn’t create more than five high-danger chances during five-on-five situations, ultimately resulting in just one goal and a 2.6 xG rate in those same situations.
Failing to make up for his scoring woes from the regular season, Pionk didn’t generate a single goal or high-danger chance in any situation through eight playoff contests. Though Winnipeg’s offensive struggles in the postseason can’t be solely blamed on the right-handed blueliner, his inability to help create sustained pressure in the offensive zone definitely didn’t help correct those woes.

With Pionk completing the final season of his two-year, $6 million bridge contract, he’s slated to become a restricted free agent for the second time in his career, but unlike last time, he’ll be arbitration-eligible this summer and could potentially receive a lucrative extension before next season begins.
Even if both sides ultimately agree to another short-term deal, it’ll still be extremely important for the soon-to-be 26-year-old to take another positive step forward in 2021-22, which will hopefully result in additional scoring, as the Jets attempt to receive improved production from their entire blue line.
Uncategorized
Recent articles from Thomas Hall