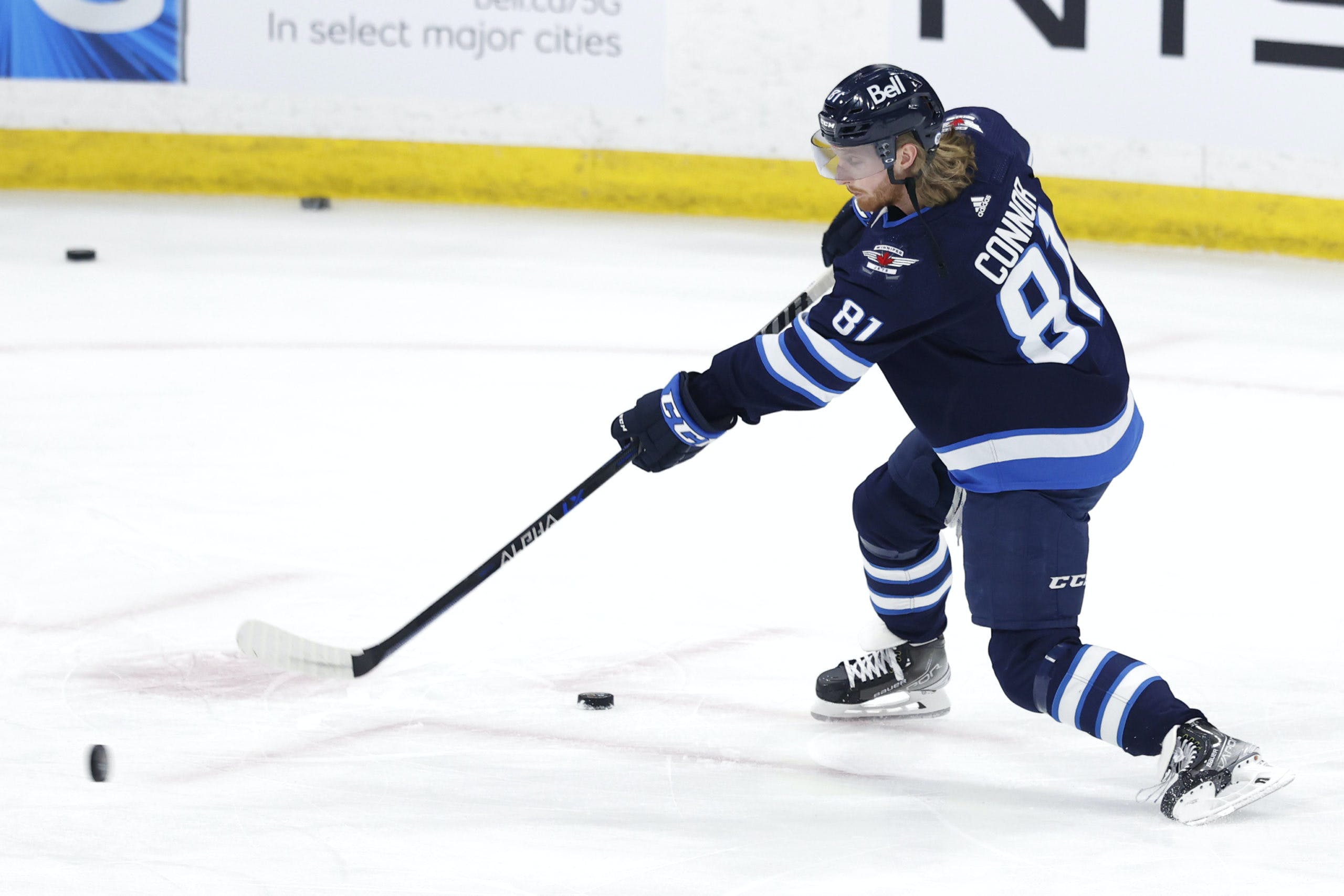 By Thomas Hall
6 months ago
The award nominations keep piling up for the Winnipeg Jets this off-season as forward @Kyle Connor is the latest skater to receive recognition for his stellar 2021-22 season.
On Wednesday, the National Hockey League announced three finalists for the annual Lady Byng Memorial Trophy – including Connor, Minnesota’s @Jaccob Slavin and Carolina’s @Jared Spurgeon.
Every season, the Lady Byng Trophy is awarded to the player who showcases the “best type of sportsmanship and gentlemanly conduct combined with a high standard of playing ability.”
Members of the Professional Hockey Writers Association submitted their votes at the conclusion of the regular season and these three skaters finished among the top three in that regard. The winner will be determined sometime between the Conference Finals and Stanley Cup Finals.
Connor, 25, averaged a career-high 21:47 minutes of ice-time through 79 games in 2021-22. In addition, the Shelby Township, Michigan, native also posted 47 goals and 46 assists for 93 points.
Most notably, he proved extremely effective at staying out of the penalty box, registering just four penalty minutes. Those are the fewest of his career (min. 50 games).
If victorious, this would be Connor’s first end-of-season award of any kind at the NHL level.