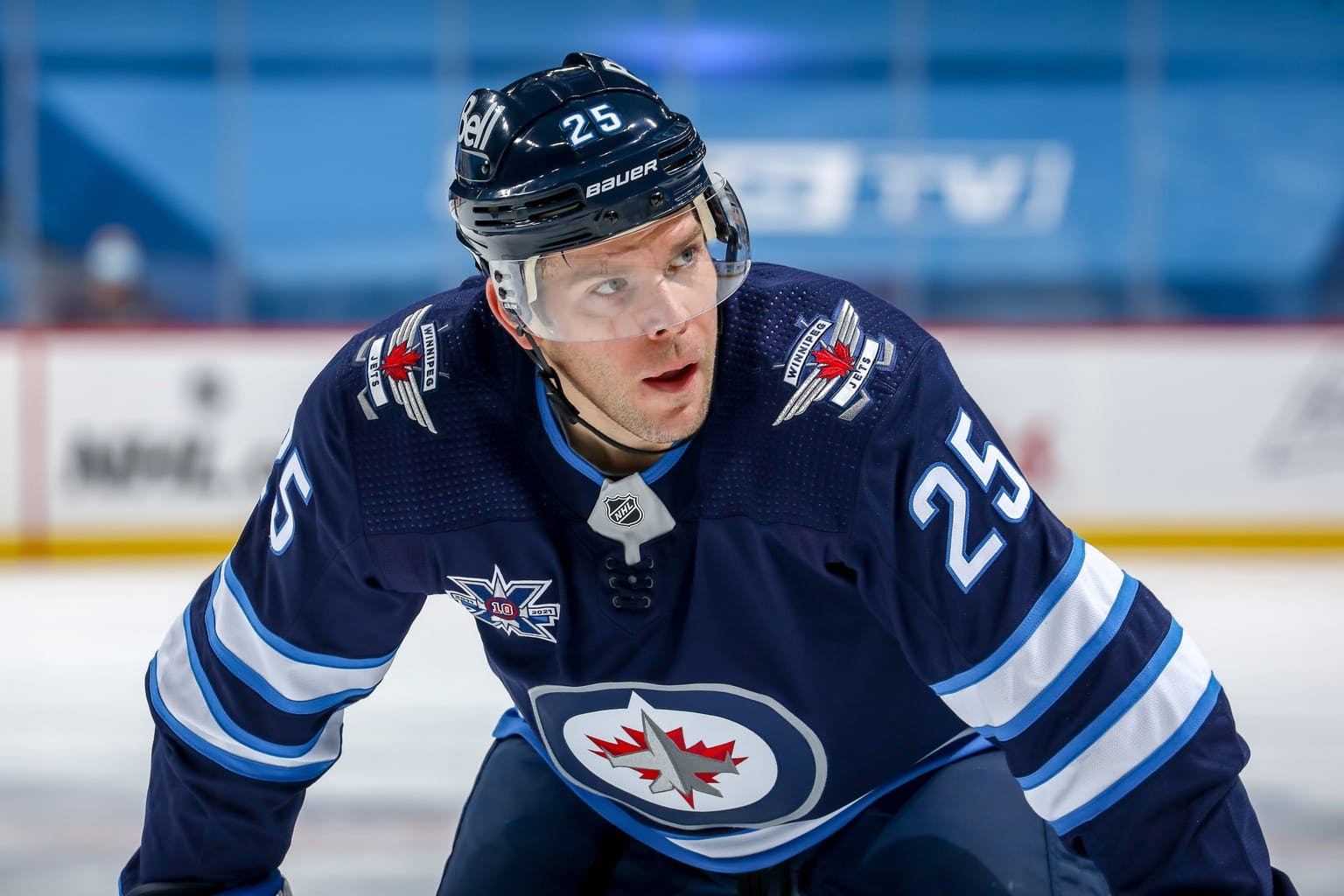 By Thomas Hall
1 year ago
After capturing a 4-3 victory over the Montreal Canadiens, the Winnipeg Jets failed miserably to earn consecutive victories against that same opponent over the weekend as they fell 7-1 on Saturday night at the Bell Centre.
Coming off one of their worst defeats of the season, they’ll now be tasked with playing three straight games against the high-powered Toronto Maple Leafs, who currently sit atop of the North Division. Since the 2020-21 campaign is nearly at the halfway point, it’ll certainly be crucial for the Jets to avoid losing each of these next three contests or they may find themselves outside of the playoff picture.
Needing to regroup from Saturday’s defeat, everyone received a much-needed day off on Sunday and returned to the ice on Monday for a full team practice at the Scotiabank Arena, which was primarily spent on turning the page and focusing on the road ahead. Despite losing 3-1 against the Maple Leafs back in January, forward @Paul Stastny believes his team has dramatically grown since then and is ready to prove they can compete against one of the best teams in the division.
“It was nice to kind of have a day off yesterday [Sunday],” Stastny explained. “Good practice today, kind of forget about what happened last game and just turn the page. You can say measuring stick but I think every team in our division kind of brings something different to the table and you play each team nine or 10 times in one season – you just got to worry about that individual series.
“For us, we lost the first game against them but they’re a whole different team, we’re a whole different team and we’re just excited for the challenge.”
From the fanbase’s perspective, most people are expecting to watch a high-scoring affair between these two teams, especially since both of them currently sit inside the top 10 for the most goals scored per game this season. While that type of matchup might be entertaining, it’s one Stastny isn’t hoping will come to fruition as he’d prefer to play a much more defensive-minded style against them.
“They’re fun to play against, but you just have to be careful,” Stastny discussed. “There are some guys on our team and their team probably too that want to play that run and gun style and trade chance for chance, but I think that’s a dangerous game to play.”
Through 24 games this season, Stastny has averaged 17:47 minutes of ice time per game, producing seven goals, 14 points, 53 scoring chances, 37 shots on net, 29 high-danger scoring chances, 11 hits, seven blocks, six takeaways, a 5.63 xG and a 54.7% faceoff percentage.
In comparison, the 35-year-old averaged 17:08 minutes of ice time, generating 17 goals, 38 points, 165 scoring chances, 136 shots on net, 104 high-danger scoring chances, 63 hits, 41 takeaways, 32 blocks, a 19.37 xG and a 54.8% faceoff percentage over 71 games with the Vegas Golden Knights in 2019-20.
While the Jets initially acquired Stastny to play alongside forward @Patrik Laine, that plan quickly changed after he was dealt to the Columbus Blue Jackets, resulting in several different line combinations for the veteran center. Having said that, the former second-round pick is more focused on helping his team win in whatever way rather than who he’s skating alongside.
“I just try to play my game, doesn’t matter who I’m with,” Stastny detailed. “I try to help my linemates and make the game easier for them. Here I’ve had different line combinations but, really I’m not complaining because whether I’m playing with the guys I’m playing with now or whether I’m playing with Kyle [Connor] and Nikolaj [Ehlers] – you’re always going to be playing with good players.”
Jets News
Recent articles from Thomas Hall