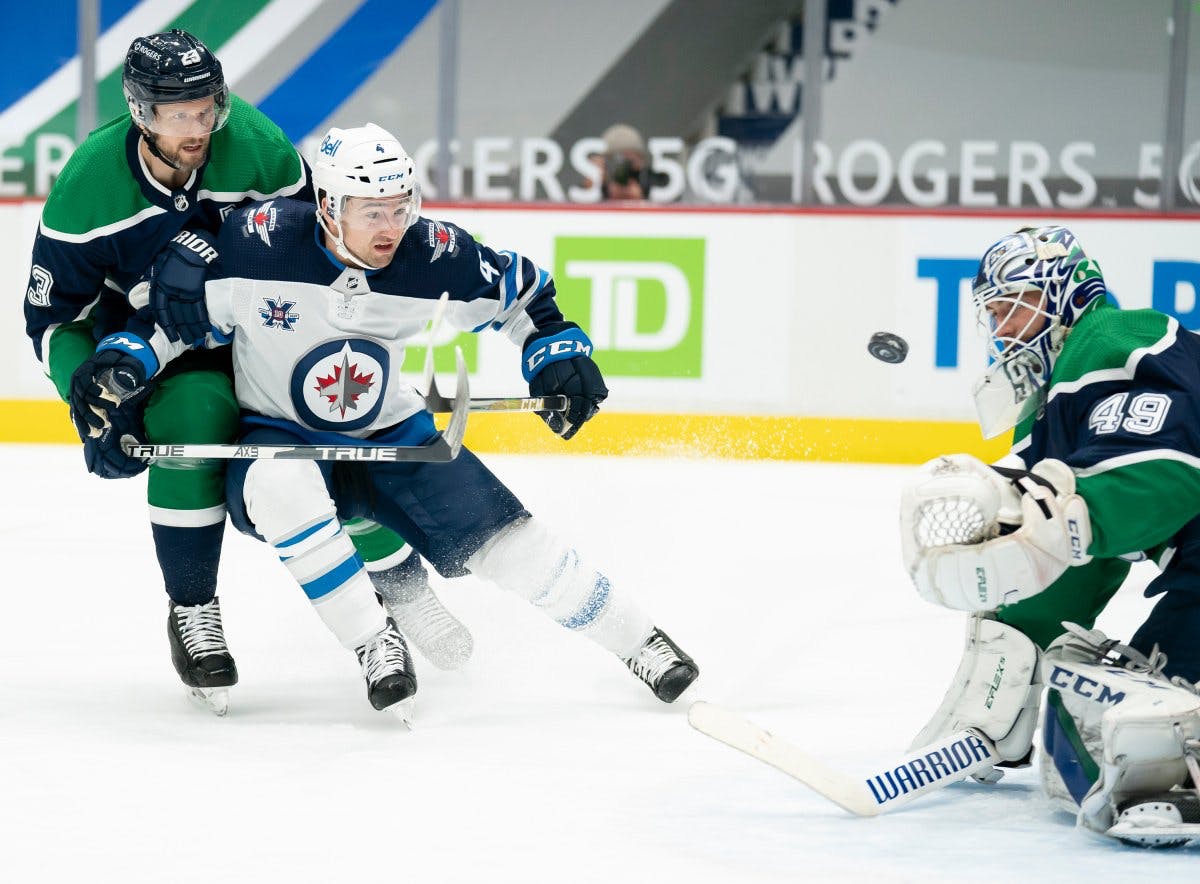 By Thomas Hall
1 year ago
Focusing on the upcoming playoff run, the Winnipeg Jets have made it a priority to provide some of their skaters with some much-needed rest during this final stretch of the regular season, which is a major reason why defenseman @Neal Pionk hasn’t played since May 5.
After missing the last two games due to maintenance, coach Paul Maurice revealed that Pionk, 25, would return to the lineup during the second half of the two-game, back-to-back series against the Vancouver Canucks.
https://twitter.com/MitchellClinton/status/1392172457784745995
Making another change prior to puck drop, Pionk won’t be returning to the top defensive pairing alongside teammate @Josh Morrissey. Instead, the right-hander will be reunited with veteran @Derek Forbort on the second pairing.
As for the rest of Winnipeg’s defensive lines, defenseman @Dylan DeMelo will join Morrissey on the top pairing. In turn, rookie @Logan Stanley will continue to skate alongside veteran @Jordie Benn on the bottom pairing.
In 52 games this season, Pionk has averaged 22:03 minutes of ice time per game, producing three goals, 31 points, 10 power-play points, 133 hits, 96 shots on net, 71 blocks and 16 takeaways.
Winnipeg is scheduled to conclude its season series against Vancouver on Tuesday at 7 pm CT.
Jets News
Recent articles from Thomas Hall