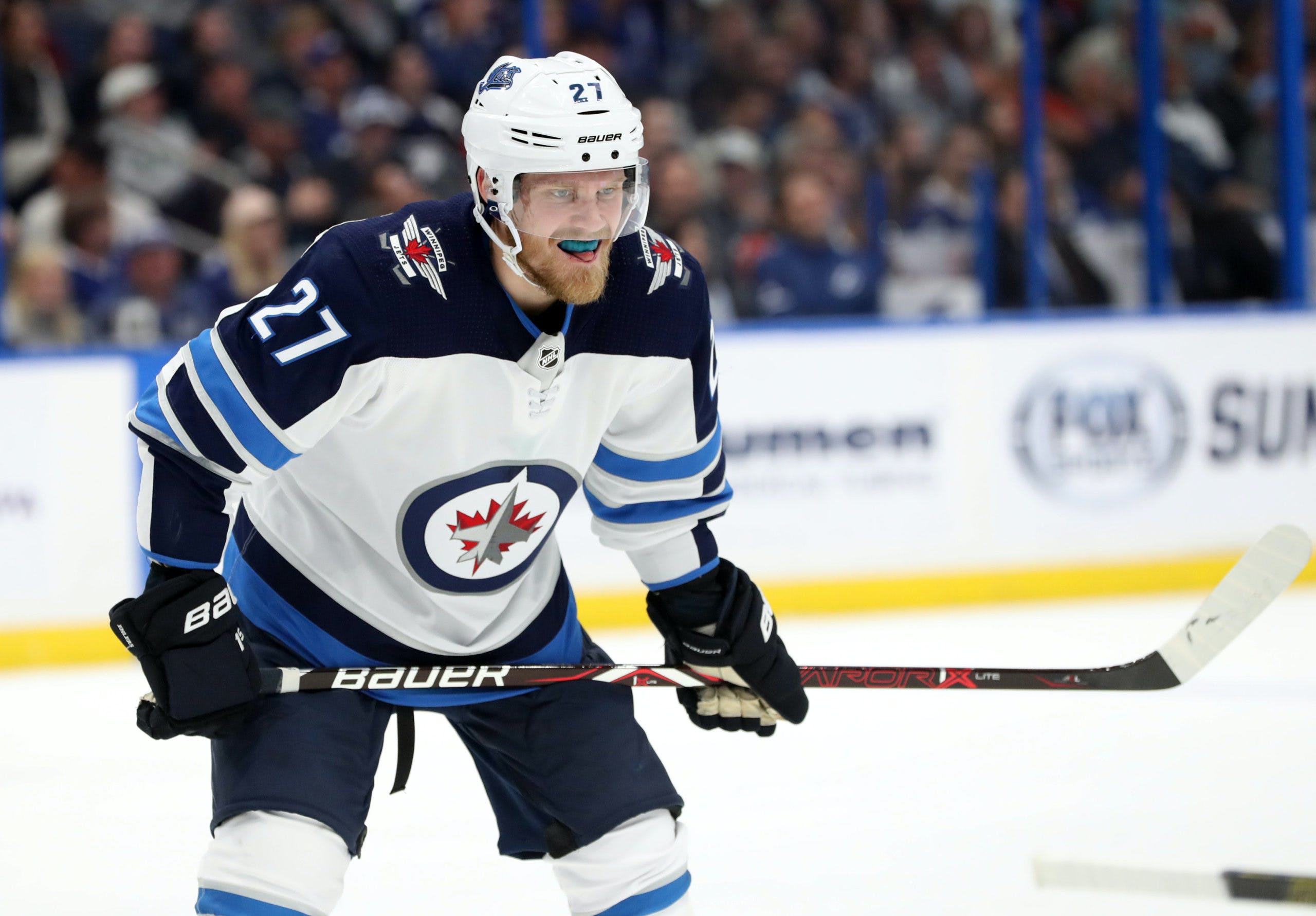 By Thomas Hall
7 months ago
To put it simply, the Winnipeg Jets endured one of their worst losses of the season Friday versus the Florida Panthers, falling to a 6-1 outcome. Needing to flush this miserable performance, doing so won’t be easy as there’s another tough matchup on the horizon.
Staying in the Sunshine State, the club will travel north to Tampa Bay to face the two-time defending Stanley Cup champions, who’re seeking to capture a third straight title this season. Due to last summer’s expansion draft and limited cap space, the Lightning have altered their roster since winning the 2021 Stanley Cup, although they remain as dominant as ever.
This season, they’ve performed to a 45-21-8 record, earning them 98 points and third place in the Atlantic Division. And they appear poised to make another deep post-season run. Taking full advantage of residing in Florida, this franchise remains extremely effective at Amalie Arena, as they’ve registered a 23-7-6 home record in 2021-22.
As a team coming off a disappointing outing, things aren’t about to become any easier for the Jets during the second half of their back-to-back series.
Looking ahead to this showdown, here are three skaters to watch during this tilt between Winnipeg and Tampa Bay:

Last Game: One goal, five shots on goal, 14:11 minutes
On a night where the Jets looked lost, forward @Nikolaj Ehlers was easily his club’s top performer as he scored their lone goal, which extended his point streak to a career-best eight games.
No one’s been able to contain Ehlers lately. Since returning from injury on Mar. 4, the 26-year-old has enjoyed a sensational hot streak, posting 13 goals and 25 points across his previous 21 contests. That puts him among the league leaders in both categories during this recent stretch.
Examing his eight-game point streak, the Danish superstar has remained a key offensive driver for Winnipeg, creating six goals and 13 points since Mar. 30. If not for his knee-on-knee collision – that saw Washington Capitals defenceman @Dmitry Orlov suspended for two games – he likely would’ve already surpassed the 60-point mark for the third time in his career.
After the Jets struggled to generate offence a night ago, Ehlers could play a prominent role in changing that narrative in Tampa Bay.

Last Game: 17 shifts, 10:25 minutes
Admittedly, rookie @Morgan Barron was pretty much non-existent versus the Panthers on Friday, leading to his quiet performance. Though, he could be well-positioned to bounce back Saturday night.
Midway through last game, interim coach Dave Lowry went into full blender mode, reshuffling his top three forward lines. As a result, Barron found himself skating next to centre @Pierre-Luc Dubois, who’s largely enhanced his linemates’ metrics this season.
As most fans discovered earlier this week, the 23-year-old – that registered his first career multi-point game on Monday against the Montreal Canadiens – can be pretty effective when provided possession and room to skate.
With Winnipeg’s coaching staff searching for answers, perhaps the newly-formed duo of Barron and Dubois can assist in that regard. Of course, if they remain together.

Last Game: 27 shifts, 26:10 minutes
Similar to the rest of his teammates, defenceman @Josh Morrissey didn’t have much to show for on the box score Friday as he failed to register a single shot on goal, hit or block for just the second time this season.
From a results standpoint, it was surely a night to forget. Having said that, the 27-year-old still looked confident and composed whenever the puck touched his stick, which has been the case over the last several games, too.
At this level, everyone’s bound to endure an off night on occasion. In Morrissey’s case, given his strong second-half showing, it’s probably a safe bet to assume he’ll break out one way or another before Saturday’s contest concludes.