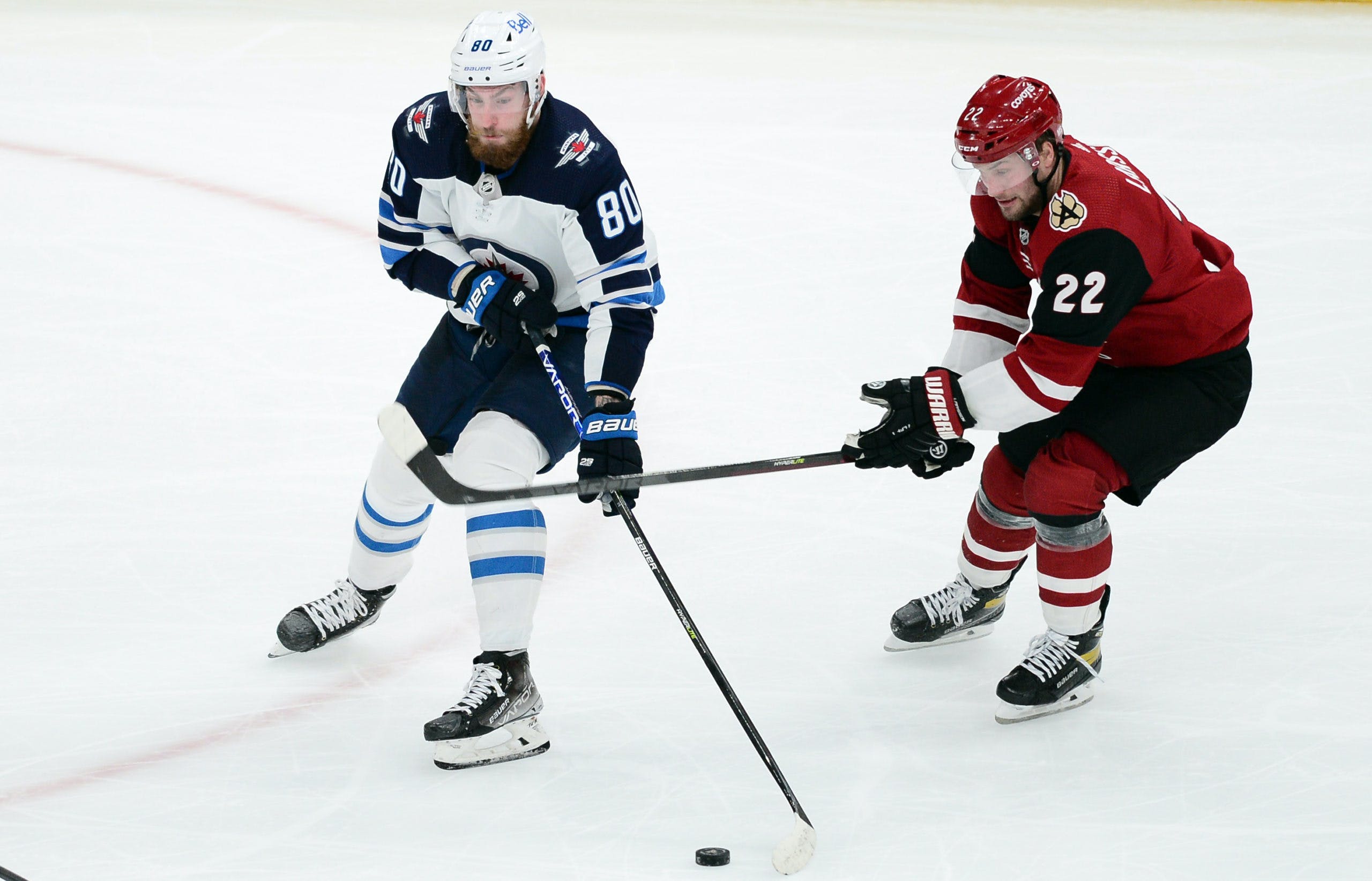 By Thomas Hall
9 months ago
Here we go again, Winnipeg.
Just one game after blowing a one-goal lead to the Dallas Stars, the Jets found themselves in a very similar position Friday night against the Colorado Avalanche, who fought back from a three-goal deficit and ultimately came away with a 6-3 victory.
Yes, it was another disappointing effort from Winnipeg, who at one point controlled a 3-0 advantage. But through the final 40 minutes of play, this club was overpowered by Colorado’s skaters as they surrendered six unanswered goals before the final horn sounded.
Where does this franchise go from here? That remains unclear for now. In saying that, with a Mar. 21 trade deadline looming, selling off their impending free agents (@Paul Stastny, @Andrew Copp, @Nathan Beaulieu) is quickly becoming an immediate future.
For now, the Jets will look to end this current four-game losing streak with a date in the desert against the Arizona Coyotes. With that in mind, let’s explore three skaters to keep an eye on during this contest.

Last Game: Two assists, seven shots, two hits, 17:16 minutes
Winnipeg might not be winning any games right now, however, these current losing woes certainly don’t reflect forward @Pierre-Luc Dubois’ performance, particularly his efforts in Colorado on Friday.
Serving as the driving force behind his team’s early 3-0 edge, Dubois put on a clinic in regards to generating numerous net drives, which saw him create a rebound opportunity that @Kyle Connor capitalized on to open the scoring.
Earning a secondary assist later in the first period, the 23-year-old impressively maintained possession along the blue line in the offensive zone, drawing in multiple defenders and creating an open shooting lane for @Josh Morrissey. Soon after the puck hit his stick, he fired it on net, allowing @Evgeny Svechnikov to redirect it home from inside the slot.
Though Dubois has only faced Arizona eight previous times in his career, based on his latest showing, chances are he’s likely to remain a key contributor in this afternoon tilt.

Last Game: One goal, five shots, one block, 22:04 minutes
Fresh off scoring his 30th goal of the season, Connor will look to extend his current point streak to three games Sunday while facing the Coyotes.
Proving to be a model of consistency, the 25-year-old continues to enjoy one of the top statistical performances of his career, which has him on pace to register new career highs in goals and points. In turn, he currently serves as the Jets’ leading scorer, both in goals (30) and points (56).
Showcasing his dominance since returning from the All-Star break, the left-hander has posted five goals and 11 points across the last 10 games – including a trio of multi-point outings.
With just a single assist recorded over two games in 2021-22, there’s no hiding the fact that Connor hasn’t enjoyed much success against Arizona thus far. Still, the remarkable connection between him and Dubois could serve as a major difference-maker once again in this contest.

Last Game: One assist, three shots, three blocks, 23:49 minutes
Winnipeg has rarely received offensive production from its blue-line this season – an aspect that hasn’t been limited to just 2021-22 either – although Morrissey has been making strides to alter that narrative lately.
Despite his club’s current losing woes, the 26-year-old has recently provided a much-needed spark on the backend, creating one goal and six points over the previous eight games. In addition, the left-handed blueliner has also recorded 16 shots on goal during this span, six of which have occurred in the last two contests.
As one of the leaders on this team, Morrissey is stepping up when this group needs it the most. Even though competing for a playoff spot appears lost at the moment, perhaps his efforts can help end this deflating four-game slide.
More from Jets Nation:
Uncategorized
Recent articles from Thomas Hall