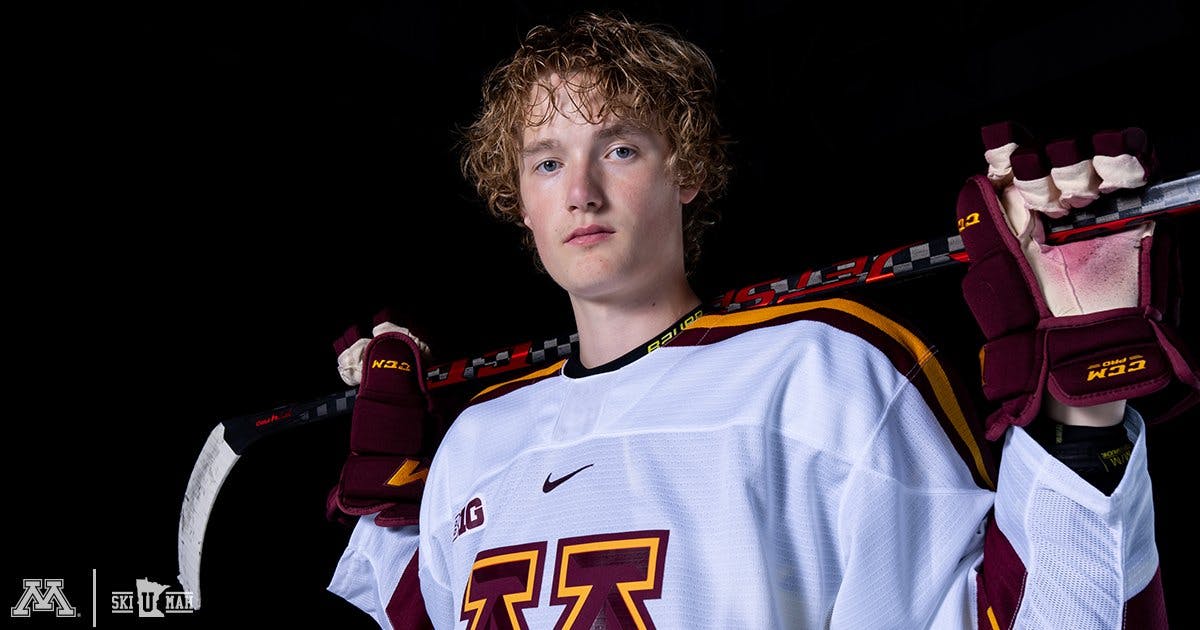 By Mike Gould
7 months ago
The Winnipeg Jets have signed top prospect Chaz Lucius to a three-year entry-level contract, the club announced Wednesday afternoon.
The Jets originally selected Lucius 18th overall in the 2021 NHL Draft. His contract will take effect in the 2022–23 season.
Lucius, 18, appeared in 24 games with the NCAA’s Minnesota Golden Gophers in the 2021–22 season, finishing seventh in team scoring with 19 points (nine goals, 10 assists) but producing at a better points-per-game rate than the three Gopher players immediately ahead of him on the leaderboard.
An alumnus of the U.S. National Team Development Program, Lucius was named to Team USA for the 2022 IIHF World Junior Championship in Alberta. Lucius appeared in one game with the Americans before the tournament ended early due to numerous COVID-19 outbreaks.
Lucius is a 6’1″, 185-lb. centre from Lawrence, Kansas. He has a strong chance to become the first Kansas-born player ever to reach the National Hockey League.