Brenden Dillon Thrilled to be Acquired by Jets 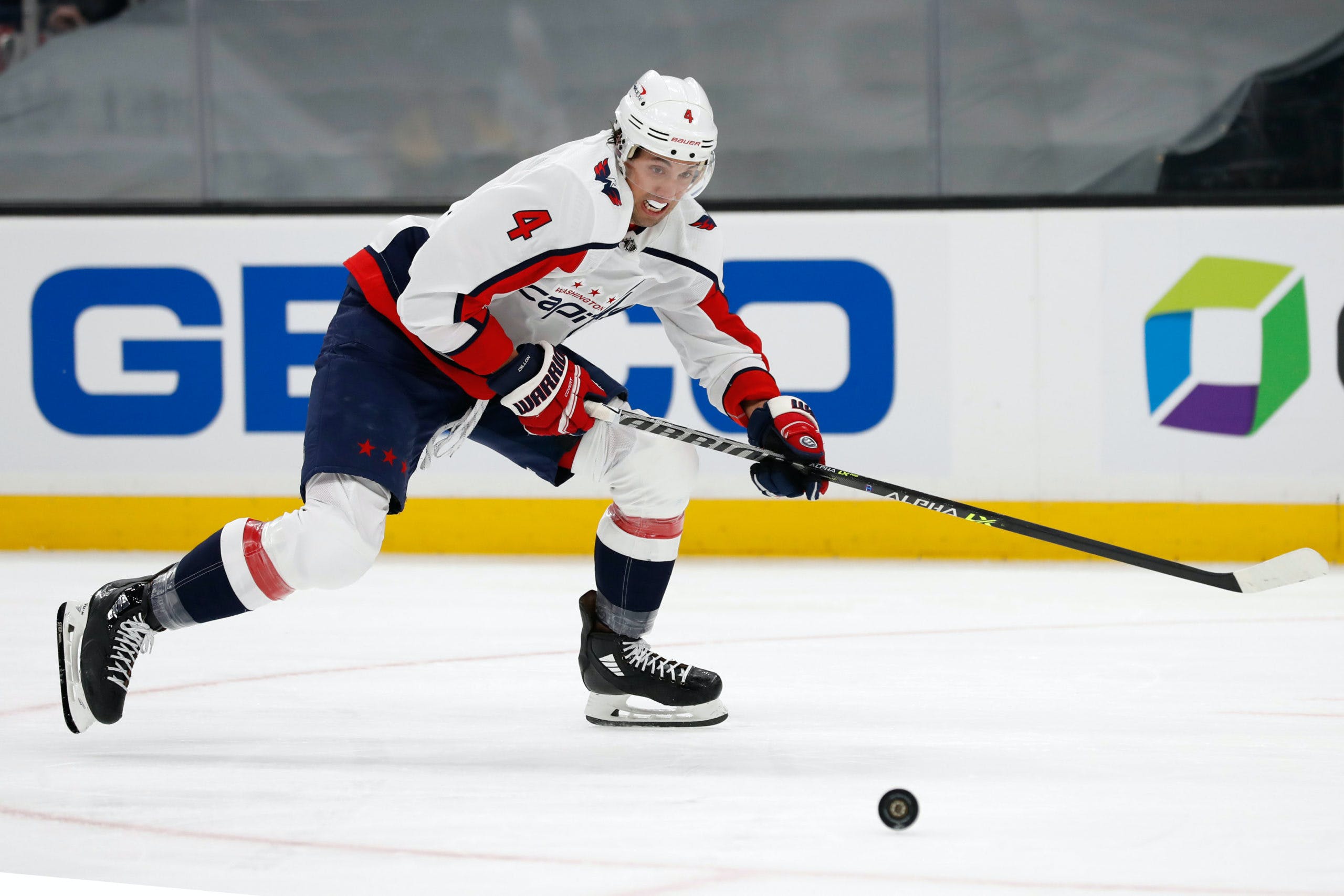 By Josh Decker
1 year ago
When the Winnipeg Jets traded for blueliner @Brenden Dillon last week, the organization knew what it was getting- a solid top-four defenseman with a lot of hockey skill and perhaps even better character.
While the 30-year-old’s initial reaction to hearing about the trade was understandably a bit of shock, Dillon’s emotion quickly turned to excitement.
“Just excited to kind of get out there, get with a very passionate and exciting hockey market, to play there in Winnipeg and see the fan base,” Dillon said.
The defenseman is coming off a successful 19 point (2G, 17A) 2020-21 campaign with the Washington Capitals, and will bring in a veteran presence to the Jets’ locker room as he’s played 654 career NHL games, tallying 24 goals, 133 points and a +28 rating.
Dillon’s size is also appealing for the Jets. Standing at 6’4″ and weighing in at 220 pounds, the defenseman brings an element of physicality that’s been lacking in the lineup since former defensemen @Dustin Byfuglien, @Tyler Myers and @Jacob Trouba were on the blue line for this team.
While Dillon’s size can be punishing on opponents, he’s also focused on being a complete two-way player for Winnipeg.
“You have to be able to skate, but you’ve got to be able to join the play and create offensively,” said Dillon.
The Surrey, BC native also brings playoff experience to the lineup, something that’s especially valuable to an organization like Winnipeg, who are legitimate Stanley Cup contenders heading into next season. Dillon has suited up in the Stanley Cup Playoffs every season since the start of 2015-16, dating back to his days with the San Jose Sharks.
It was also in San Jose where Dillon played alongside current defenseman @Dylan DeMelo. The pair enjoyed plenty of success together, totaling nearly 1,000 minutes of ice time together at five-on-five, according to NaturalStatTrick.com.
Whether or not Dillon and DeMelo skate alongside side each other remains to be seen, but the wealth of talent on the Jets roster now is certainly evident.
“The team as a whole, when you look at it on paper, has so much talent,” Dillon remarked. “They have every little piece to be a winning team. At the end of the day, you’re hoping you go somewhere where you’re wanted- to go somewhere where it’s going to be a good situation- I think Winnipeg ticks all those boxes.”
General manager Kevin Cheveldayoff and the rest of the Jets organization certainly hope that the addition of Dillon will strengthen the blue line, along with the other off-season acquisitions they’ve made, placing this club in a prime position to contend for the Stanley Cup once again next season.
Jets News
Recent articles from Josh Decker