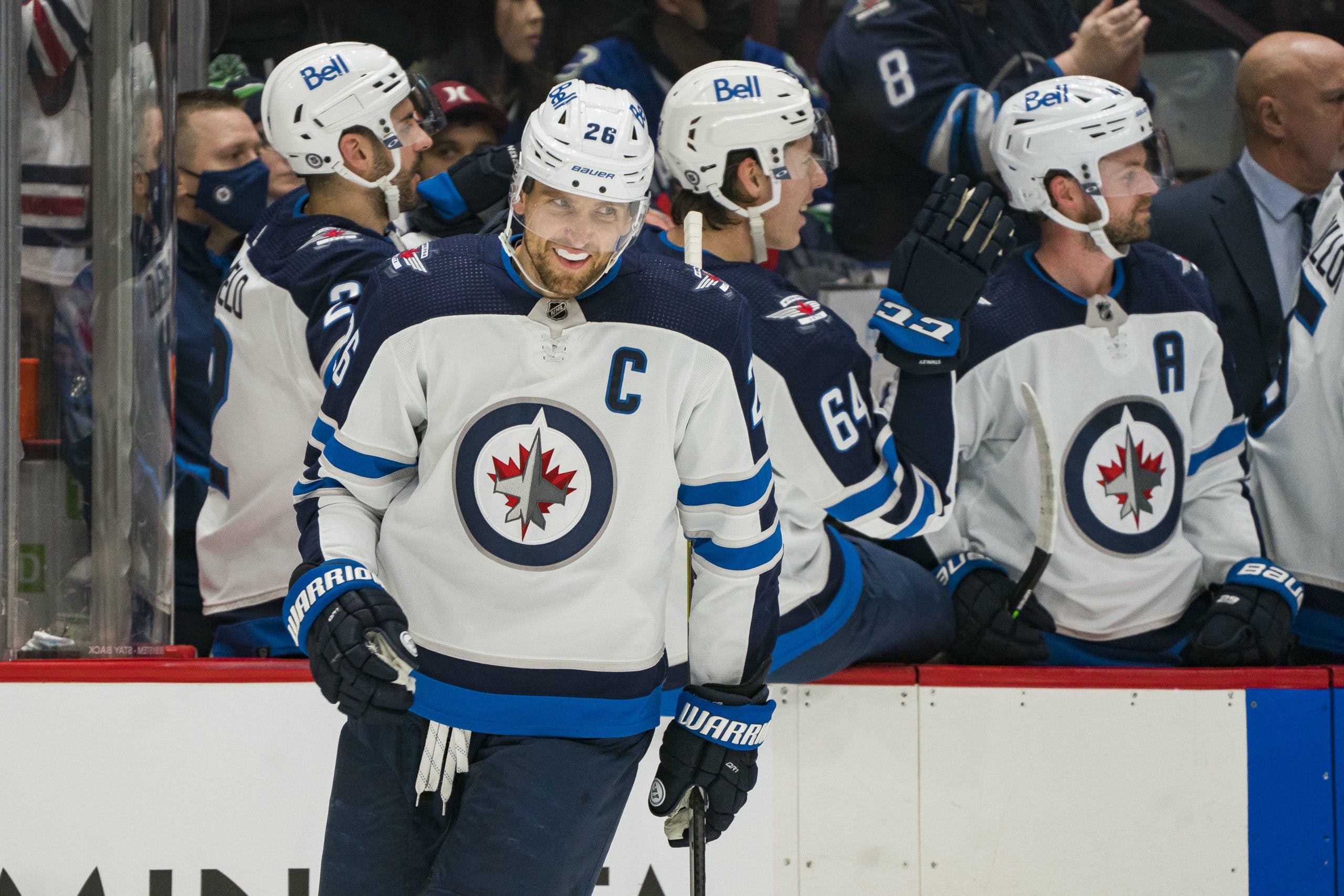 By Mike Gould
11 months ago
According to Winnipeg Jets head coach Paul Maurice, team captain @Blake Wheeler will “be out a while” after suffering an injury during the third period of Friday’s 4–3 shootout loss to the Vancouver Canucks.
Wheeler, 35, recorded a goal and two assists against the Canucks before getting hurt.
He appeared to suffer his injury during a scramble near the Jets’ crease when teammate @Nathan Beaulieu and Canucks forward @Vasily Podkolzin both collided with his right leg while sliding along the ice.
After Nils Höglander opened the scoring for Vancouver early in the first period, Wheeler responded soon thereafter to make it a 1–1 game. He entered Friday’s contest without a single goal in his first 21 games of the 2021–22 season.
Wheeler’s goal came on the power play. After receiving a pass at the right circle from @Nate Schmidt, Wheeler quickly fired a shot high over @Thatcher Demko’s shoulder to knot the score.
@Kyle Connor and @Mark Scheifele also scored for Winnipeg, with Wheeler recording assists on both goals. With his second three-point outing in the last week, Wheeler extended his own individual point streak to five games.
With Wheeler presumably out of the lineup, the Jets will return to action on Dec. 14 to welcome the Buffalo Sabres to the Canada Life Centre.
Uncategorized
Recent articles from Mike Gould