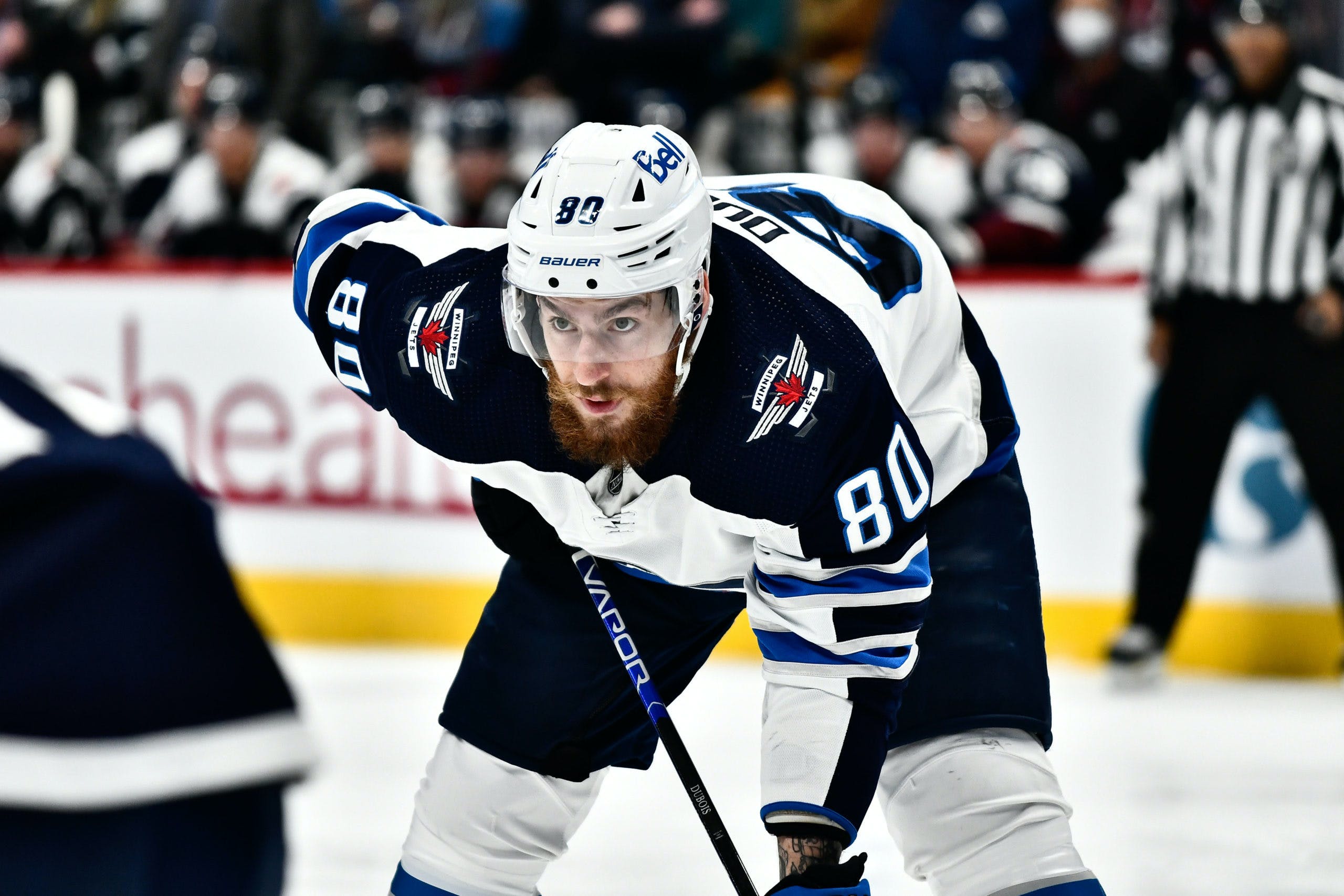 By Thomas Hall
8 months ago
It wasn’t pretty, but the Winnipeg Jets carved out a huge 3-2 victory in overtime against the Buffalo Sabres on Wednesday. Now, less than 24 hours later, they’ll be going toe-to-toe with one of the top teams in the East, the Toronto Maple Leafs.
While it may feel like ages ago, the previous meeting between these two franchises, which took place on Dec. 5, 2021, featured plenty of fireworks. Some of which caught the attention of the league’s Player Safety Department.
Following a knee-on-knee collision with Maple Leafs defenceman @Rasmus Sandin, @Neal Pionk was handed a two-game suspension from the National Hockey League. Oh, but the chaos didn’t stop there. In retaliation for hitting a defenceless Pionk, forward @Jason Spezza was suspended for six games, which was ultimately reduced to four.
Though nearly four months have passed since this contest, could there still be some fallout from the first matchup of the season? Perhaps, although it’s very unlikely. In the end, both clubs will be competing for two valuable points in the standings.
Needing to keep pace with the Dallas Stars, the Jets have larger fish to fry than the Maple Leafs right now. Diving into this showdown, here are three skaters to watch during the second half of this back-to-back series:

Last Game: One goal, two shots, 16:00 minutes
Welcome back to the Jets, @Mason Appleton. It’s almost like he was never selected by the Seattle Kraken in last summer’s expansion draft and remained in Winnipeg this entire time.
Ok, maybe that last part isn’t true, but the 26-year-old has certainly been a breath of fresh air to this group. In his fifth game since being reacquired, the 6’2″ winger served as one of the lone sources of offence in Buffalo as he created plenty of havoc around the net, ultimately resulting in his first goal since the trade.
Based on his recent success, Appleton figures to make an impact against Toronto on Thursday, as he’s seemingly picked up exactly where he left off with linemate @Adam Lowry last season.

Last Game: One primary assist, four shots, 18:48 minutes
Historically, centre @Pierre-Luc Dubois has excelled versus the Maple Leafs, both during the regular season and the playoffs, which he’ll surely be aiming to replicate Thursday night.
Thanks to his impressive skill set, Dubois has largely frustrated Toronto’s skaters almost every time he matches up against them, and last December’s showdown wasn’t any different. Along with recording one goal and two points, his intensity away from the puck also proved to be a difference-maker, particularly while lining up next to @Auston Matthews.
As he’s proven on several occasions in 2021-22, the 23-year-old is capable of performing as a driving force in all three zones, and that’s exactly what will be asked of him during this highly-anticipated contest.

Last Game: Four shots, one hit, 14:34 minutes
Needless to say, this season has been somewhat unpredictable for forward @Evgeny Svechnikov, who’s bounced in and out of the Jets’ line-up while also being paired with numerous different skaters all season long.
Despite all this mayhem, the 25-year-old is set to enjoy his 100th career NHL game on Thursday, which is definitely something worth celebrating. Better yet, what better way to enjoy this joyous occasion than to edge his name on the score sheet, right?
For Svechnikov, he enters this contest against the Maple Leafs without having registered a single point across his previous five games. Taking this a step further, the 6’3″ winger also hasn’t scored a goal since Mar. 1 – two streaks that are long overdue to expire.
The left-hander concluded Wednesday’s tilt next to teammates @Mark Scheifele and @Paul Stastny, and if he remains there, he could be poised to break out of his current offensive woes at the Scotiabank Arena.
More from Jets Nation:
Uncategorized
Recent articles from Thomas Hall