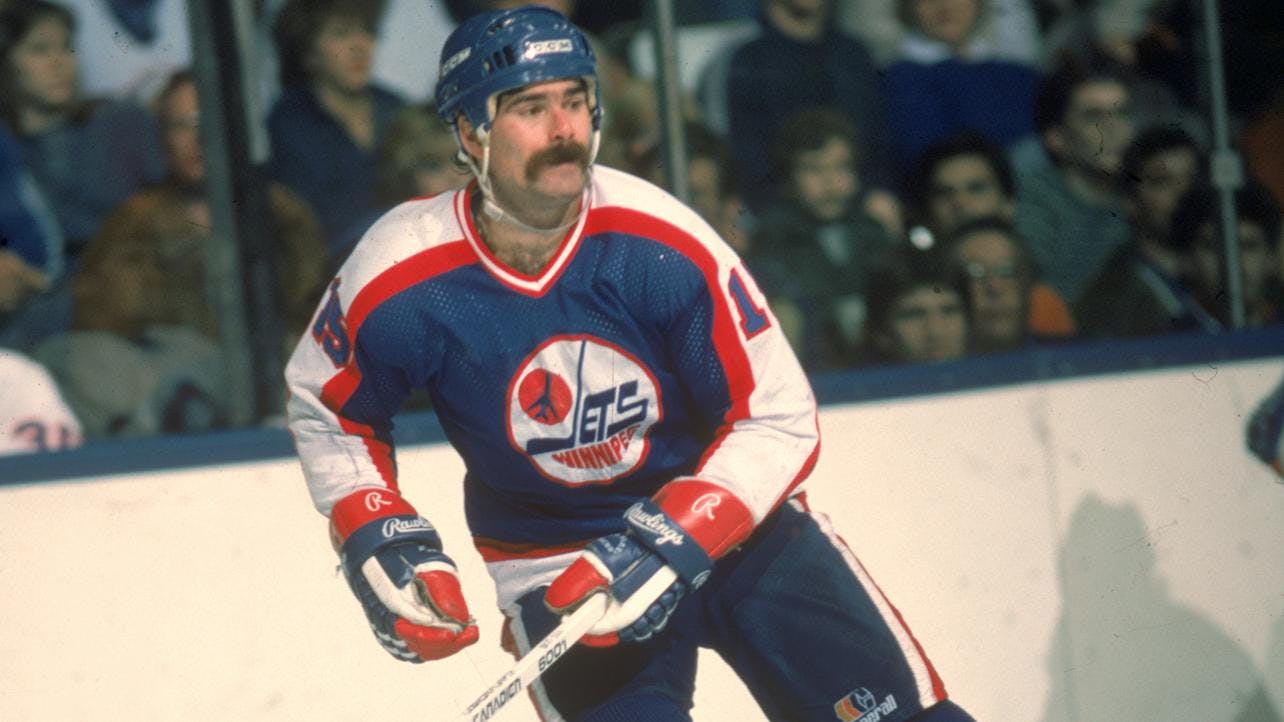 The 80s gave the world MTV, Mcdonald’s Chicken McNuggets and – for NHL fans – goals, goals and more goals. In hockey terms, the 80s were arguably the most competitive, exciting and fun decade in NHL history. The decade offered the perfect blend of increased goal scoring, young talent and, for Jets fans, a plethora of high-flying talent. These are the greatest Jets of the 80s –

An ode to Frank Sinatra –

John Ferugson Sr made some shrewd deals in his time as the Jets’ General Manager to ensure past failures weren’t repeated but bringing in Maclean must be one of his best trades. While Dale “Ducky” Hawerchuk had already established himself as an elite player, he desperately needed a winger or sniper and an equally talented partner on-the-ice. The second he stepped on the ice Maclean seized this opportunity. He tallied four 30-goal seasons and three 40-goal seasons in his seven years with the Jets. Although the journey leading the Jets to their first NHL playoff appearance wasn’t easy, Maclean was the X-factor the Jets needed to finally compete in the ultra-physical Smyth Division.

Maclean made his jump to the NHL relatively quickly. The power-forward played one season in the QMJHL, one season in the University league and then a final season for the Salt Lake Golden Eagles in the CHL. Maclean ended his junior career with an impressive 78-point season in 80 games played. This attracted the St. Louis Blues to select the Grostenquin, France native in the 7th round, but the attraction quickly faded. Maclean played only one game for the Blues before being traded to the Jets for John Markell and Scott Campbell. While Bryan Maxwell and Ed Staniowski were included in this deal, only Maclean would have a long-lasting impact on the ‘Peg. The big-bodied moustached winger had no qualms about parking himself in front of the net. This meant enduring countless cross checks from defenders, getting a tun of slashes from goalies and trying to dodge slap shots from the blue line, and Maclean did it all with a smile. Maclean also knew his weaknesses and – admitting that speed was never his forte – is quoted telling Hawerchuk, “You go get the puck and I’ll go wait in front of the other net.” But it was the 80s – that meant you needed big forwards who weren’t afraid to mix it up in the corners and Maclean was the 80s prototypical forward. In his first four seasons with the Jets, Maclean never had less than 32 goals, 25 assists and 106 penalty minutes. He did it all.

Maclean has expressed his frustration about never lifting a Stanley Cup in Winnipeg despite seven straight playoff appearances. The Jets encountered their unfortunate NHL destiny year-after-year when they were forced to play one of history’s best Edmonton Oilers teams in the playoffs. This challenge was not lost on Maclean, who has been known to tell his Detroit Red Wings players, “look at those banners, they had to start somewhere, and they started by beating us” before games. Nonetheless, the Manitoba two-headed Hawerchuk-Maclean monster’s ability to find the back of the net got Jets fans out of their seats 560 times. Maclean was traded following the 1987-88 season to the Detroit Red Wings and would play one season in Detroit before finishing his career off in St. Louis where it all started. Maclean stayed productive for over 10 years and remains 3rd on the Winnipeg jets all-time scoring list. While the disappointment of never winning a Stanley Cup is unavoidable, appreciating the battles Maclean and his 80s teammates went through for the fan’s enjoyment should not be forgotten.