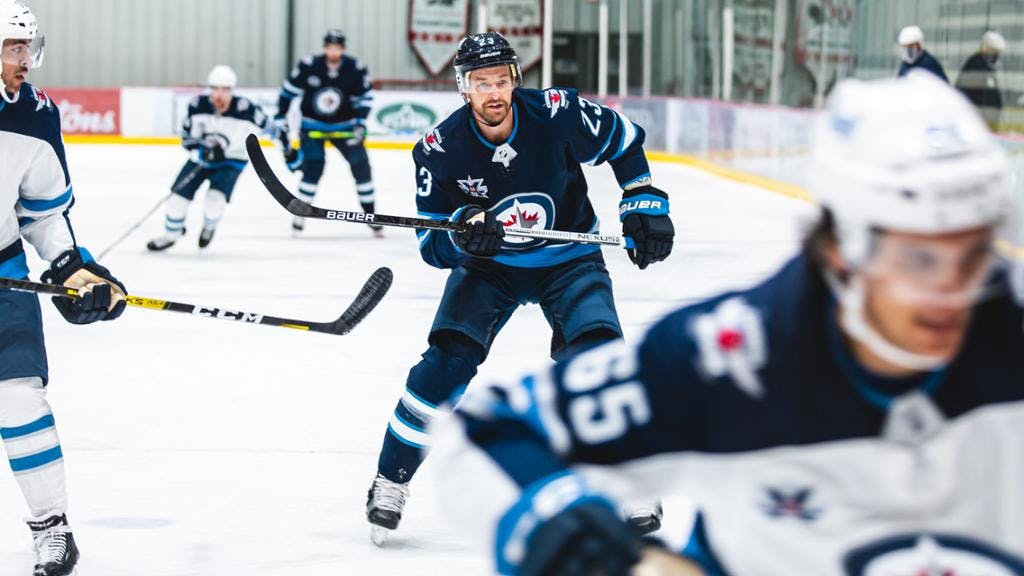 Coming off a disappointing 4-1 defeat against the Vancouver Canucks over the weekend, the Winnipeg Jets were aiming to get back on track during their upcoming back-to-back series against the Calgary Flames. While they didn’t secure two consecutive victories, they were still able to earn three points over those two games.

Striking fast like lightning during the opening period on Monday, Winnipeg scored a pair of goals to take a 2-0 lead into the second period, although they couldn’t hold their advantage during the final frame and ultimately lost the first game of this series in a shootout. Coming back strong during the following night, this team carried a two-goal edge into the first intermission once again, which allowed them to narrowly escape with the victory despite facing a late surge from Calgary at the end of regulation.

Here are three takeaways from the Jets’ back-to-back series split against the Flames:

So far this season, winning face-offs have been somewhat of an issue for the Jets, as they currently own the ninth-worst faceoff percentage (49.0%) among all 31 teams in the league. To make matters worse, those same issues were on full display during this two-game series against the Flames, as they generated a troubling 46.1% faceoff percentage, which is the seventh-lowest percentage since Feb. 1.

Despite producing a trio of assists (two power-play assists) in the first game against the Flames on Monday, captain @Blake Wheeler has been somewhat of a non-factor during even-strength play over the last two games. With just a pair of shots on net during this back-to-back series, the 34-year-old didn’t create any high-danger scoring chances, which undoubtedly hindered his line’s ability to make a noticeable impact.

As a result of his ineffective showing on Tuesday, Wheeler earned just 13:14 minutes of ice time, resulting in his lowest time on ice total since the 2014-15 campaign. While it’s unclear as to what’s caused this recent slump, coach Paul Maurice admitted postgame that he isn’t too concerned with the 6′ 5″ forward’s current slide and believes the veteran has been playing quite well through 10 games.

After earning a spot on Winnipeg’s roster coming out of training camp, forward @Trevor Lewis, who signed a professional try-out after spending the last 12 seasons with the Los Angeles Kings, was expected to add a much-needed veteran presence to the club’s fourth line and also occasionally chip in on the stat sheet as well. Finding a way to accomplish both of those feats early on, the 34-year-old has fit in perfectly so far and has created a handful of scoring chances over the last two games.

Enjoying his top performance of the season on Tuesday night, Lewis recorded three shots on net and potted his first goal in blue and white, earning him a season-high 12:16 minutes of ice time. Since the two-time Stanley Cup champion scored just six goals and 12 points through 56 games last season, this type of offensive production probably isn’t sustainable, but it’s still an encouraging sign from the veteran forward.

The Jets will receive a day off following their back-to-back series, but they’ll be back in action on Thursday at 7 pm CT against these same Flames.