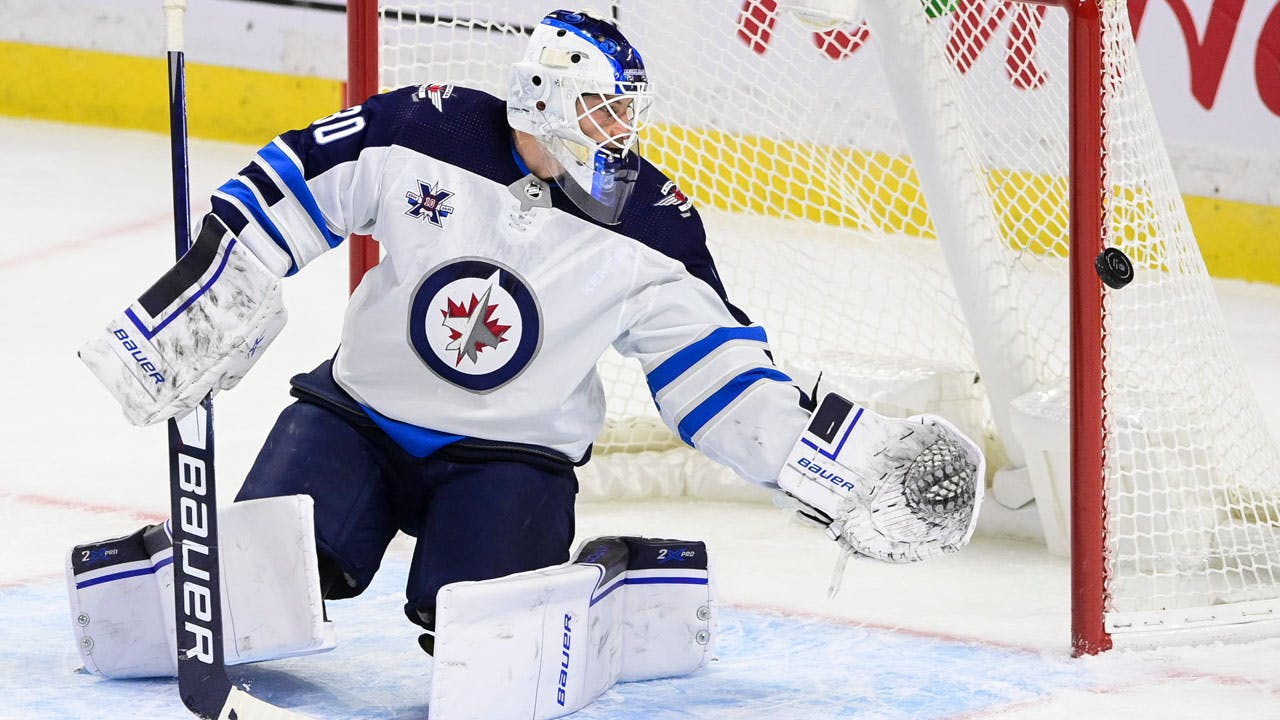 If Thursday night’s 4-3 overtime defeat wasn’t crazy enough, the Winnipeg Jets and Toronto Maple Leafs are set to conclude their current three-game series on Saturday and this tiebreaker certainly has the potential to become another must-see showdown. So sit back, relax, if you can, and enjoy another entertaining matchup between these two teams.

After losing last game in overtime, Winnipeg will undoubtedly be aiming to exact some revenge against Toronto, although coming away victorious definitely won’t be an easy task to accomplish. Unless this team starts taking away shooting lanes, which they haven’t been able to do over the last two games, they’ll likely continue allowing plenty of pressure in their own zone and that could become disastrous for them once again.

Here are three storylines that could impact the Jets’ fourth game of the season against the Maple Leafs:

After starting eight of the last nine games, goaltender @Connor Hellebuyck is earning a much-needed break on Saturday as the Jets are planning to start backup @Laurent Brossoit, who hasn’t started in a game since Mar. 2. Though the 27-year-old’s last start came nearly two weeks ago, he came on in relief of Hellebuyck during their 7-1 defeat against the Montreal Canadiens back on Mar. 6 and stopped just six of the nine shots he faced.

Throughout Brossoit’s seven seasons in the NHL, he’s only faced off against the Maple Leafs three separate times, producing a troubling 3.07 goals-against average and a .899 save percentage. Having said that, the 6′ 3″ netminder has been performing extremely well so far this season, as he’s recorded a 2.57 goals-against average, .923 save percentage and one shutout over his six games.

2. Lack of Production From Top Line

While the Jets have scored a combined seven goals over the last two games, only one of those goals has come from the club’s top line, which was forward @Paul Stastny’s game-tying goal on Thursday night. Aside from that clutch goal, the @Mark Scheifele, @Blake Wheeler and Stastny line has been largely ineffective over the last two games against the Maple Leafs, which is certainly less than ideal.

Despite owning the 12th-highest conversion rate (23.7%) on the power play this season, Winnipeg’s special teams unit has been held in check through three games against Toronto, as they’ve converted on just one of their eight power-play opportunities. Showcasing these struggles on Thursday night, this club received two chances with the man advantage but couldn’t generate more than one shot on net, which was extremely frustrating for everyone involved.

Considering the Maple Leafs have struggled to stay disciplined during this series, there’s a very strong chance the Jets’ power-play units will receive another opportunity to break out of their current slump on Saturday. If that does occur, then it’ll be extremely important to send plenty of pucks on net in hopes of creating a ton of havoc for goaltender @Frederik Andersen, who’s only allowed three power-play goals over his last nine starts.

The puck will drop at 6 pm CT, yes, again, and will be available on CBC/SN along with 680 CJOB.