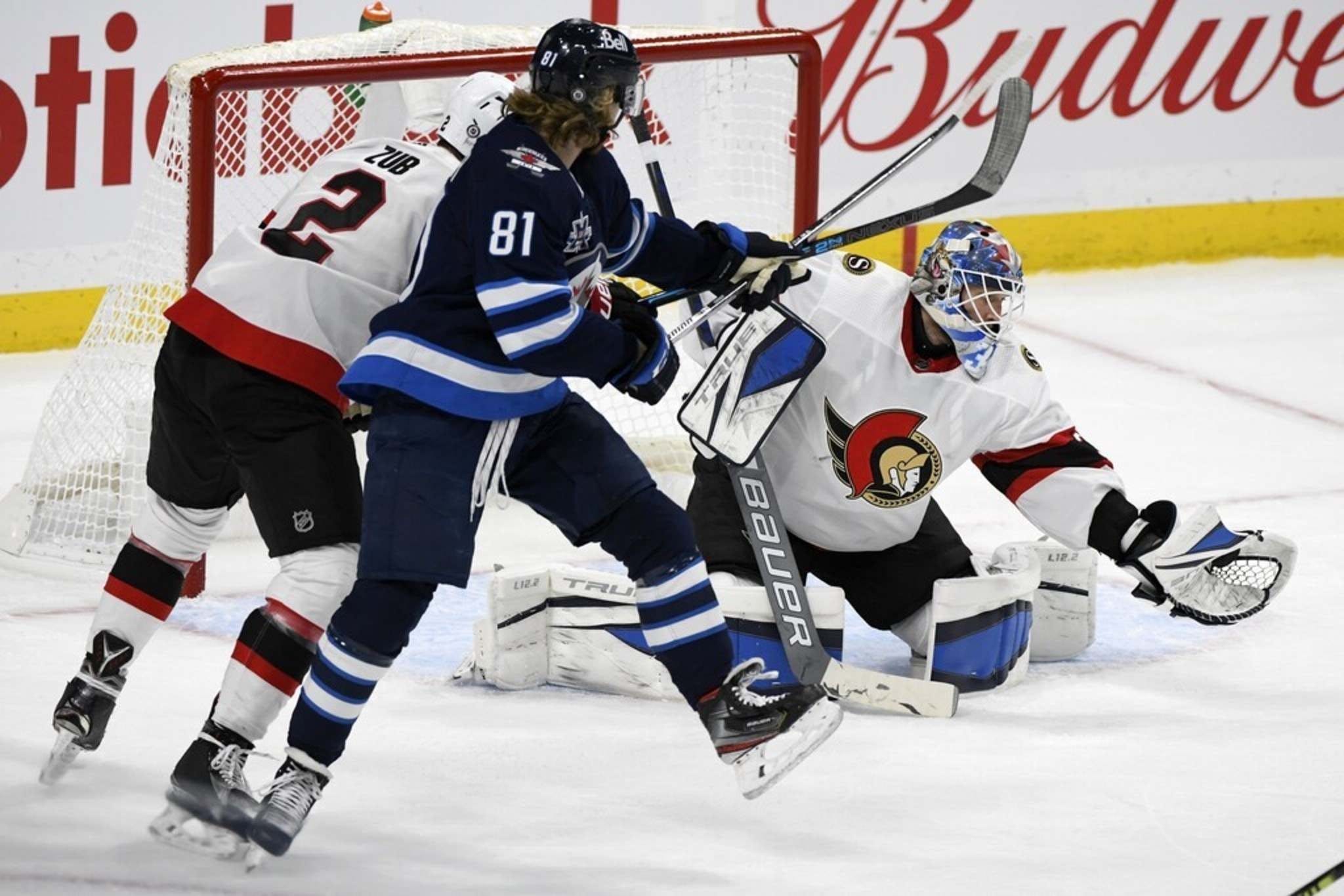 After losing to the Ottawa Senators for just the second time this season, the Winnipeg Jets are looking to clean up multiple areas of their game during this rematch against them, which will also serve as the first game of a back-to-back series.

If playing four games in seven nights wasn’t tough enough, Winnipeg will be forced to hit the road immediately following Wednesday’s contest as they’re scheduled to face off against the Toronto Maple Leafs Thursday. Despite this chaotic stretch, this club is set to return to Bell MTS Place on Friday and will begin a six-game homestand starting Saturday night.

Here are three storylines that could impact the Jets’ eighth game of the season against the Senators:

1. Jets Cleaning Up Their Mistakes

After committing 12 turnovers during Monday’s contest, which led to four breakaway chances for the Senators, the Jets must play cleaner with the puck this time around or they could find themselves trailing in the third period once again. Considering all four of those breakaways were caused by giveaways in the offensive zone, it’ll also be extremely important for this team to maintain possession along the perimeter, especially up at the blue line.

Since Ottawa is tied for the eighth-most takeaways (275) this season, avoiding costly turnovers throughout this game could prove to be difficult for Winnipeg, which certainly wouldn’t be ideal. But if they’re going to be successful Wednesday, they’ll need skaters like @Nikolaj Ehlers and @Josh Morrissey, who each committed a trio of turnovers last game, to improve their performances during this rematch.

While Winnipeg is tied for drawing the 11th-most penalties (150) entering Wednesday’s game, they’ve done an excellent job recently of sending their opponent to the penalty box several different times over the last few games. In particular, this club is currently tied for the second-most penalties drawn (19) since Apr. 8, ranking them tied for the second-most power-play opportunities (13) during that same span.

Though the Jets went 0-for-3 with the man advantage against the Montreal Canadiens on Apr. 8, they’ve been much more effective as of late and have scored three power-play goals over the last two games. Since the Senators are currently tied for the fourth-most power-play goals allowed (31) and the sixth-most penalties committed (161) in 2021, chances are this could be another successful outing with the man advantage for the team who wears blue and white.

Despite receiving just 18:38 minutes of ice time this season, which is his lowest average since the 2017-18 campaign, forward @Kyle Connor is enjoying another strong performance, as he currently leads the Jets in goals (19) and power-play goals (nine). Scoring his 19th goal of the season on Monday, the 24-year-old is now just one goal shy of his 20th marker and could reach that threshold Wednesday, potentially allowing him to cross that mark for the fourth straight season.

Along with hunting for his 20th goal of the campaign, Connor is also just one power-play goal away from passing former captain @Andrew Ladd for ninth-most (36) in franchise history, according to Jets PR. Considering the former first-round selection has netted two goals over the last four games, including one power-play goal, he could achieve both of these feats Wednesday night against the Senators.

The puck will drop at 6 pm CT, everyone better have permission to leave work early, and will be available on TSN 3 along with 680 CJOB.