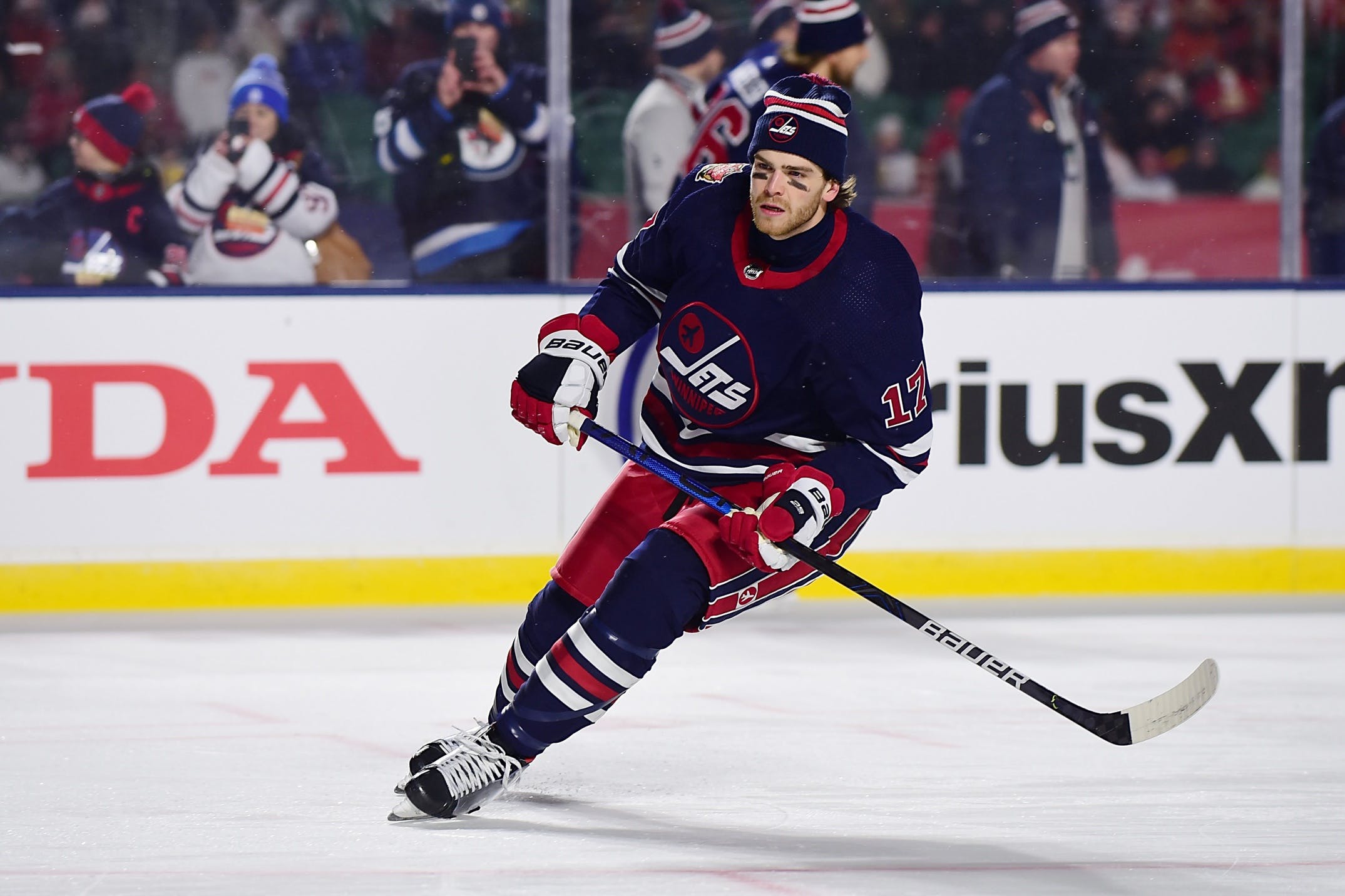 Photo credit: © Anne-Marie Sorvin-USA TODAY Sports
By Thomas Hall
1 year ago
Comments
With the regular season winding down, the focus will soon turn to the playoffs in hopes of a deep playoff run from the Winnipeg Jets, however, the front office is already looking ahead to this offseason as well.
According to Elliotte Friedman of Sportsnet, the Jets have recently made progress with forward @Adam Lowry, who’s set to become an unrestricted free agent this summer, on a potential contract extension. While nothing is finalized yet, Friedman stated things are currently looking “optimistic” for both sides to eventually come to an agreement.

Hearing progress made in extension talks between the Jets and Adam Lowry. We will see where things go, but looking optimistic.

Lowry, 28, is in the final season of his three-year, $8.75 million contract that was signed back in 2018. Slated to become an unrestricted free agent for the first time in his career, the former third-round pick would likely have plenty of suitors interested in his services if he were hit the open market.
Advertisement
Ad
Advertisement
Ad
Serving as a crucial member of Winnipeg’s third line, the left-hander has received 15:42 minutes of ice time per game, producing eight goals, 20 points, two power-play assists, 132 hits, 68 shots on net, 26 blocks, 15 takeaways and a 49.8% faceoff percentage through 44 games this season.
Making significant headway Friday, numerous league sources are reporting the Jets and Lowry have agreed to a five-year, $16.25 million contract extension.

This new deal will keep the club’s third-line center in blue and white through the 2025-26 season, earning him $3.25 million per season.
Advertisement
Ad
Advertisement
Ad