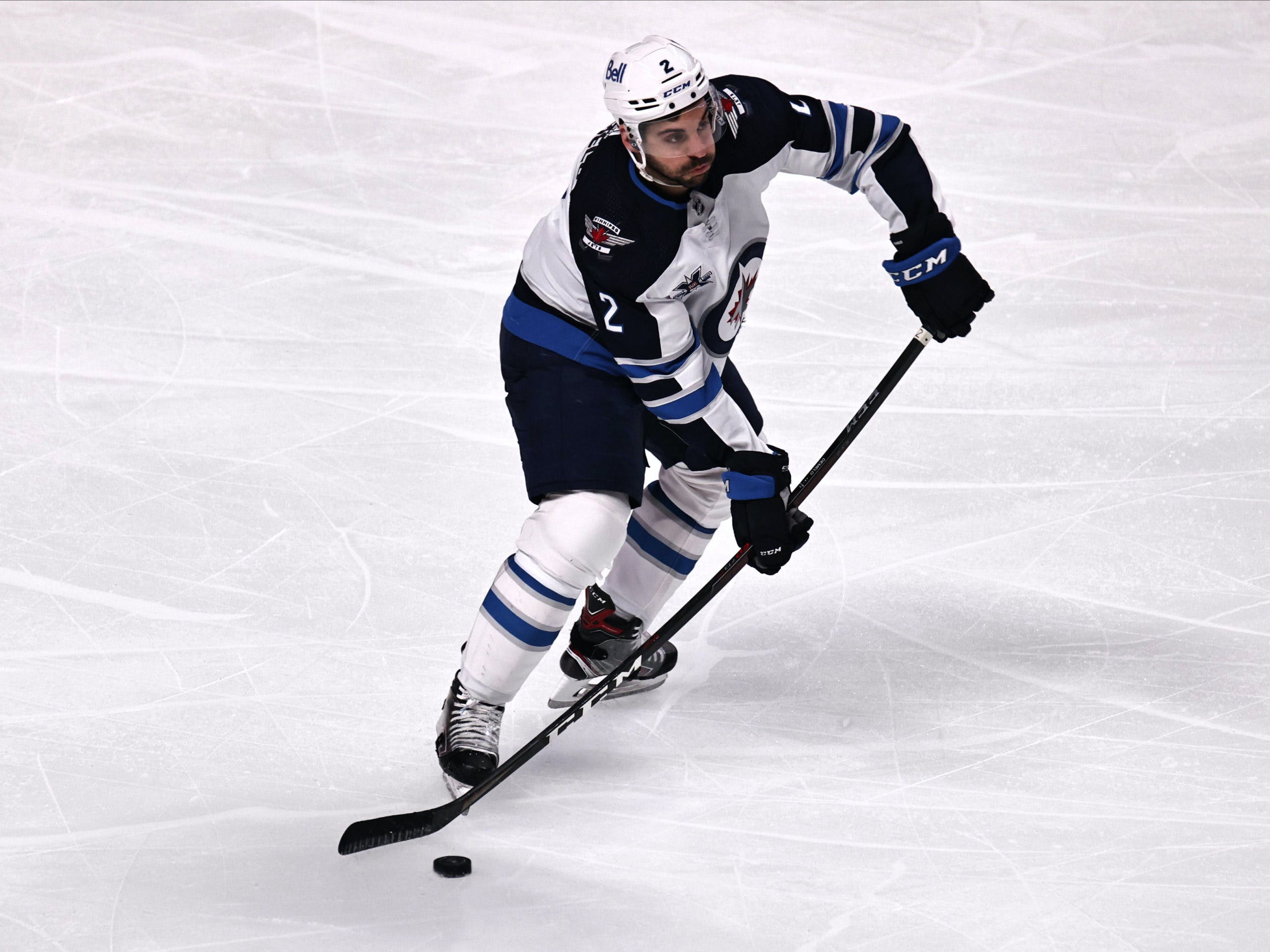 Witnessing a changing of the guard, the Winnipeg Jets have reshuffled their blue line out of necessity over the last few seasons, and in doing so, this process has allowed defenseman @Dylan DeMelo to emerge as one of the team’s most critical defenders.

After being acquired from the Ottawa Senators prior to last season’s trade deadline, which sent a 2020 third-round pick the other way, DeMelo didn’t waste any time making his presence felt and quickly created a strong connection with teammate @Josh Morrissey. Despite becoming an unrestricted free agent last summer, the 28-year-old ultimately decided to stay in the “True North,” signing a four-year, $12 million contract extension, according to PuckPedia.com.

Here are some positives and negatives from DeMelo’s first full season with the Jets:

While DeMelo spent the majority of his time on the top defensive pairing in 2019-20, coach Paul Maurice decided to take a more balanced approach with his lineup this past season and positioned the veteran defenseman on the bottom pairing, however, this role allowed him to serve as a mentor for youngsters like @Logan Stanley and @Ville Heinola.

Even though he would’ve been much better suited to return to the club’s top pairing, the former Senator never complained about his usage and made the best out of that situation by sharing his knowledge of the game with two promising young blueliners. With Stanley in particular, this mentorship helped him grow his craft as the regular season progressed, making him much better prepared to perform on his own during the playoffs.

Along with serving as a veteran leader, DeMelo also effectively advanced the puck up the ice during his limited playing time, especially during five-on-five situations where he recorded eight of his total nine assists on the campaign.

Playing a key role on the penalty kill, the 6′ 1″ blueliner was positioned on Winnipeg’s first unit and created an effective partnership with linemate @Derek Forbort. Together, this duo helped kill numerous infractions all season long and kept this team in contention even when they struggled to stay out of trouble.

Searching for an improved performance from the Jets’ defense, the former sixth-round selection was finally reunited with Morrissey in the playoffs and played a major factor in shutting down Edmonton Oilers forwards, @Connor McDavid and @Leon Draisaitl, throughout the entire opening round of the postseason.

Since DeMelo was assigned to the third pairing throughout most of the regular season, his average ice time declined dramatically compared to last season, as his minutes per game dropped from 20:09 in 2019-20 down to just 16:58 in 2020-21.

Adding to his lack of playing time, the right-hander didn’t receive many opportunities to join the rush into the offensive zone because he was largely needed to serve as a stay-at-home defenseman rather than one who might occasionally get caught out of position. As a result, he wasn’t able to end his goalless streak, which has now been extended to two straight seasons, and also couldn’t create more than six rebounds and four high-danger chances.

With DeMelo and his wife welcoming a new baby into the world, he was forced the miss the first four games of this past season, although he returned on Jan. 23 and played all 52 of the remaining games through the rest of the way. Despite being available for the majority of the regular season, the Ontario native suffered a strained groin in Game One of the second-round series against the Montreal Canadiens, leaving a massive void within Winnipeg’s defense.

If the Jets weren’t swept out of the playoffs, the defensive-first blueliner was hoping to make his return to the lineup in either Game Six or Seven, but unfortunately, he wasn’t provided that opportunity.

Given that the Jets have a few holes to fill on their back-end this off-season, it’s unclear as to where DeMelo will be positioned at the start of next season, although it’d make plenty of sense to pair him with Morrissey once again.

Entering the second season of his four-year deal, the shutdown defenseman will certainly be aiming to replicate his outstanding performance in the defensive zone, which will hopefully earn him an increased amount of playing time. In addition to serving as a quality defender, it’d also be ideal if he could finally score his first goal since Apr. 1, 2019.