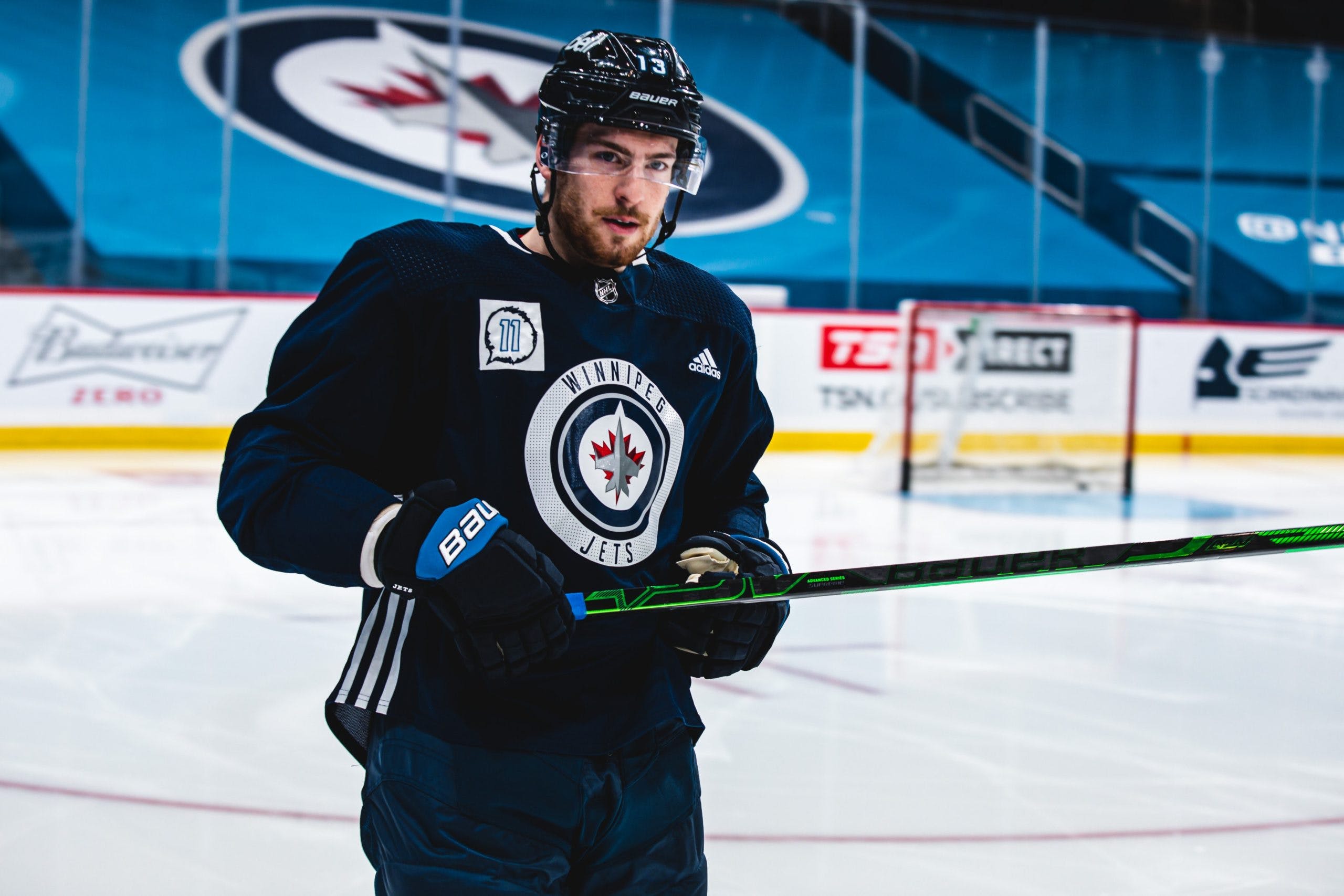 While it’s been over two weeks since the Winnipeg Jets traded forward @Patrik Laine to the Columbus Blue Jackets, all signs are pointing towards a Tuesday debut for newcomer @Pierre-Luc Dubois, who was forced to quarantine for 14 days after arriving in Canada.

Though he’s only participated in two practices with his new team, it seems Dubois could be ready to appear in his first game on Tuesday night against the Calgary Flames. While the 22-year-old hasn’t played in a single game since Jan. 21, where he was benched after less than four minutes of ice time, there’s no question he’s ready for a fresh start in the “true north” and he’ll undoubtedly be aiming to make a solid first impression as well.

How can the former Blue Jacket play up to his high expectations in game one?

Well, his chances of accomplishing that feat will certainly increase if he displays an incredible amount of effort at both ends of the rink, which is something he was criticized for earlier this season. Considering the youngster is now skating alongside forward @Kyle Connor, who’s scored seven goals and 12 points through 11 games this season, it’ll be extremely important for him to create a strong relationship with his new linemate as quickly as possible.

Along with Connor, Dubois has also been paired with veteran @Trevor Lewis during practices and they’ve already started forming a bond together, which has the potential to grow even larger as the season progresses. Even though he’s needed to learn a brand new system, the former Los Angeles King knows exactly how difficult that process can be and has been helping him become more familiar with every little detail over the last few days.

“KC is one of the most underrated players in the NHL,” Dubois explained. “Lewy brings that experience and he’s helping me with all the systems, he can pass the puck and he works really hard.”

Now that Dubois knows who he’ll be skating alongside, it’s time for him to show everyone what he’s capable of, especially since most people first became aware of him when he scored four goals – including his hat trick against the Toronto Maple Leafs in Game 3 of the opening round – and 10 points during last season’s playoffs.

Taking into account his ability to serve as a playmaker, as he finished with the second-most goals (65) and points (158) among all Blue Jackets’ skaters from 2017-2020, the left-handed center should provide a strong boost to Winnipeg’s newly formed second line. Since just 34 of his 159 career points were scored on the power play, there’s a very good chance he’ll generate plenty of scoring chances for Connor, Lewis and himself during five-on-five play.

In particular with Connor, who currently leads the team in goals, he’ll now be paired with his third different center of the season, which is certainly less than ideal. That being said, pairing him with Dubois could help the 24-year-old continue his impressive performance during even-strength situations, as both of them will likely be able to play off each other in the offensive zone moving forward.

While these two won’t be paired on the Jets’ top power-play unit, at least for now, the Quebec native can still make a strong impact on the second unit, which includes @Andrew Copp, @Mathieu Perreault, @Nikolaj Ehlers and @Josh Morrissey. But with just 34 career power-play points, it might take him longer than expected to start clicking with the man advantage.

Without question, being locked in a hotel room for two straight weeks would be challenging for anyone, especially for someone who was just traded from the organization that drafted him back in 2016. Now that his quarantine is completed, the 6′ 3″ forward is extremely excited to hit the ice and finally participate in his first game in blue and white.

“In a way it’s been a slow two weeks. I haven’t done anything. In another way, it’s been a crazy two weeks with all the video, watching the games, getting ready and meeting guys through text, FaceTime and Zoom,” Dubois mentioned. “It’s been a hectic but slow two weeks. Now it’s finally over. I had a team practice today [Sunday], and I’m excited to play that game.”

Considering nearly 20 percent of the 2020-21 campaign is already completed, it’ll be crucial for Dubois to hit the ground running whenever he makes his Jets debut, which will hopefully occur on Tuesday night at the Scotiabank Saddledome.