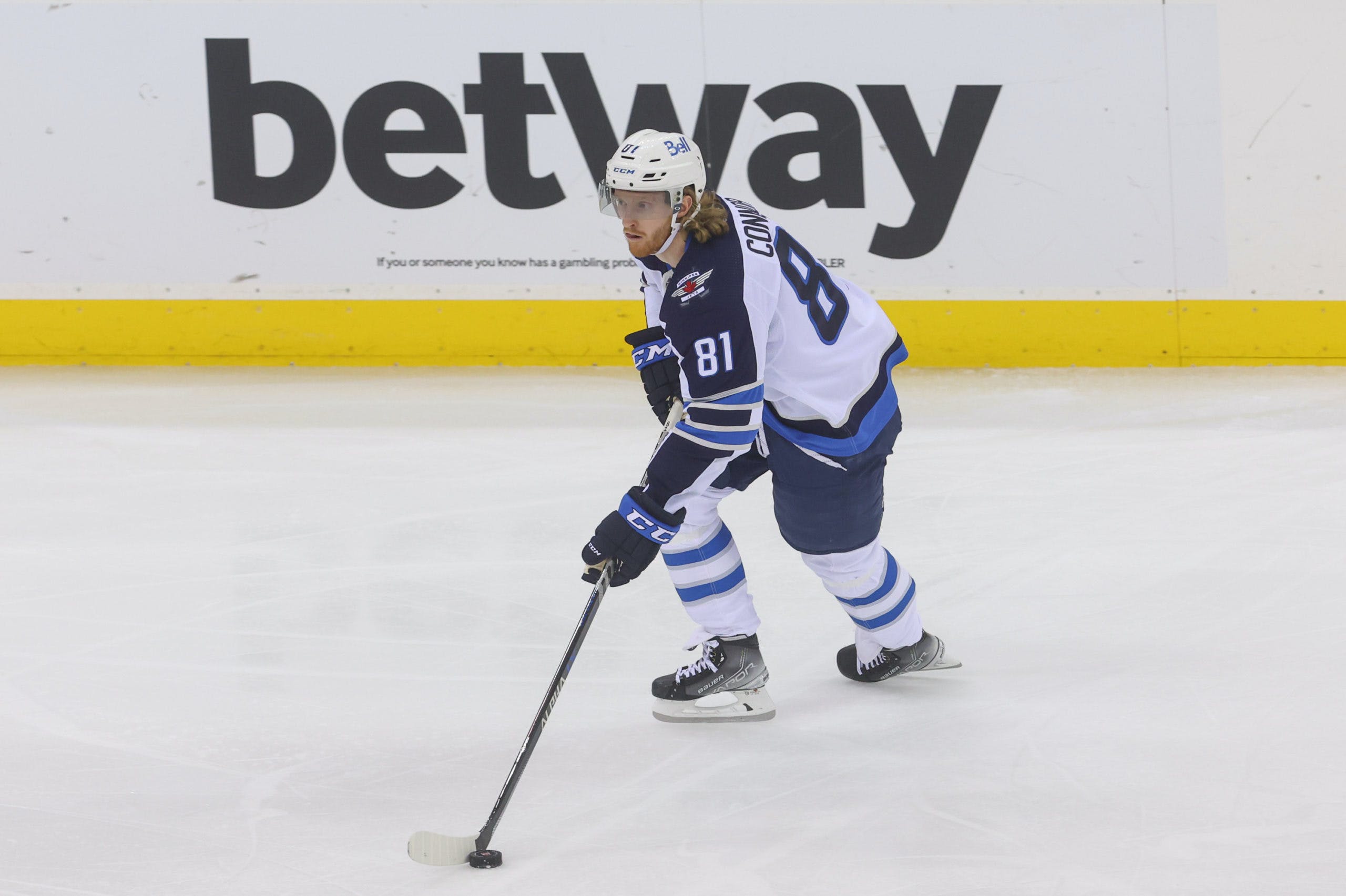 Less than 24 hours after earning a 2-1 victory over the New Jersey Devils, there’s no time to celebrate for the Winnipeg Jets as they’ll head to long island to finish this back-to-back series against the New York Islanders.

Don’t look now, but this current two-game winning streak has allowed the Jets to inch slightly closer to the second wild-card seed in the West, currently placing them just five points behind the Dallas Stars. With a third straight victory, this club could trim that figure down to just three points while also leaping ahead of at least the Anaheim Ducks, and perhaps the Vancouver Canucks as well if they lose Friday.

Even though making a late playoff push seems unrealistic, especially considering how Winnipeg has performed all season long, it doesn’t seem this organization is ready to quit on those hopes just yet. No matter how slim their odds may be, they appear ready to continue grinding over this next stretch.

Embarking on another pivotal contest, let’s explore three skaters worth observing during this final matchup of 2021-22 between the Jets and Islanders.

What’s not to love about forward @Kyle Connor’s 2021-22 season? The 25-year-old is scoring more than he’s ever done previously in his career and is currently on pace to reach 40 goals for the first time in a single campaign.

Very few opponents have been able to successfully contain Connor this season, and the Islanders will likely be tough-pressed to achieve that same goal during this Friday night clash.

Amongst a roster largely filled with inconsistency, Winnipeg’s talented winger has been anything but that thus far. In particular, the 6’1″ forward has nearly averaged a goal per game throughout this latest stretch, where he’s posted six goals and 10 points over his previous seven contests – including his spectacular breakaway marker from a night ago.

Make sure to turn the sound up on this latest beauty from Kyle Connor. #NHLJets pic.twitter.com/4mzK4MiBc2

In all likelihood, this bout at the newly-opened UBS Arena won’t feature plenty of scoring, as New York’s skaters prioritize themselves on being a defence-first team. But given Connor’s recent hot-streak, both at even-strength and while short-handed, chances are he’ll force his way onto the score sheet once again.

Despite being held scoreless against New Jersey, defenceman @Josh Morrissey definitely wasn’t invisible as he didn’t shy away from jumping up into the play, particularly in the offensive zone, throughout the evening.

This game plan wasn’t just limited to Morrissey either, as other defencemen were also aggressive and joined the rush when the opportunities presented themselves, which ultimately resulted in @Brenden Dillon’s opening marker. It’s a facet that hasn’t been very prominent for Winnipeg this season but could be something worth keeping an eye on during this matchup.

If that’s the case, fans should look for the 26-year-old blueliner to activate from the blue line several times against New York – perhaps it’ll lead to a scoring play this time around.

For the first time since returning from injury, forward @Nikolaj Ehlers was held scoreless Friday in his club’s narrow 2-1 victory over the Devils. Sure, these things tend to happen, especially while positioned on the third line, although knowing the Danish star, his drought probably won’t continue for much longer.

Prior to this latest contest, however, the 26-year-old had been enjoying a mini three-game point streak, consisting of one goal and three points. While positioned next to teammates @Andrew Copp and @Adam Lowry, he’s added a long-overdue spark to this trio, making for three evenly-balanced lines among the top-nine forwards.

Not to mention, Ehlers has also returned to the power play and while he’s skating on the second unit, his elite quickness and playmaking ability have led to a rejuvenation of sorts for this squad. Now if only the Jets’ coaching staff would provide equal ice-time for both units.

Friday’s tilt will only be his fifth game back in action, though, it doesn’t seem the explosive winger has missed a beat since returning from his significant knee injury.