Without clear path to NHL, prospect Ville Heinola focused on showcasing his development during mini camp 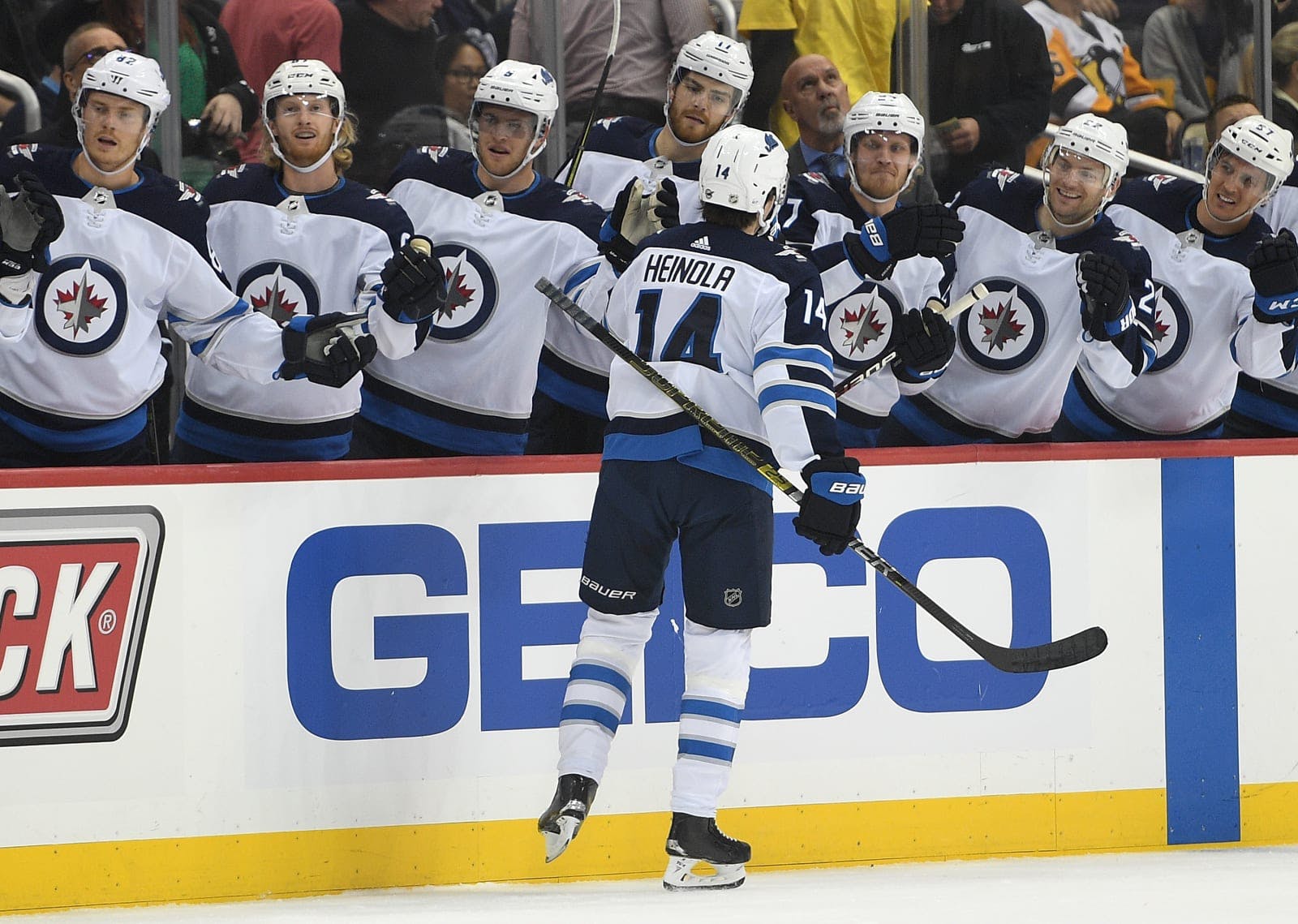 By Thomas Hall
1 year ago
Among a talented group of prospects, there’s no question defenseman @Ville Heinola is considered the most highly-touted youngster within the Winnipeg Jets’ minor league system, however, his future in the National Hockey League appears to be clouded heading into the 2021-22 campaign.
Making a pair of headline-worthy trades over the off-season, general manager Kevin Cheveldayoff and his staff addressed the club’s biggest area of concern by acquiring top-four defensemen @Nate Schmidt and @Brenden Dillon, seemingly shoring up the backend. But by doing so, these moves have essentially created a much larger obstacle for Heinola, as there isn’t a clear path for him to earn a roster spot out of training camp.
In total, the Jets’ blueline is expected to feature @Josh Morrissey, @Neal Pionk, @Dylan DeMelo, @Logan Stanley, Schmidt and Dillon. Additionally, @Nathan Beaulieu is fully recovered from his season-ending shoulder surgery, and @Sami Niku also remains on the roster for now, which doesn’t leave much room for any prospects to emerge into this group.
Nevertheless, Heinola isn’t focusing on which skaters may or may not be ahead of him on the depth chart this season. With mini camp as his main focus point, the 20-year-old is primarily concerned with putting his hard work over the summer to good use and showcasing his growth against the rest of the competition.
“Honestly, I just try to not think about that [the acquisitions of Schmidt and Dillon] at all,” Heinola explained during his press conference Friday. “Last summer, I decided to work as hard as I can. If I start thinking about that it’s going to affect my game I think. So, I just try to do my job [the] best I can so I can show those guys [Winnipeg’s coaching staff] I can really play there [the NHL].”
After opening last season in Liiga – the Finnish Elite League – with Lukko, Heinola returned to North America last winter, where he appeared in 19 games with the Manitoba Moose. While his sights are set on competing for regular ice time in the NHL, if spending a full season in the American Hockey League is deemed what’s best for him, that’s exactly where he’s prepared to play.
“Obviously, if they [the coaching staff] want me to play there it’s going to be good for me,” Heinola discussed. “I think they don’t want to put me in the wrong position. So, I think that’s good for me, but also, my main thing is that I want to play there [the NHL] with the big boys.”
Over those 19 games with the Moose, Heinola finished with the most total goals (four) and power-play goals (two) along with the third-most total points (11) among all Moose defensemen, according to AHL.com.
As for his brief stint in the NHL, the former first-round selection participated in just five games with the Jets, averaging 15:32 minutes of ice time per game, producing nine shots on goal, nine blocks, two hits and one takeaway.
With the odds seemingly stacked against him, it’ll certainly require a remarkable showing from Heinola this fall to prove he’s ready to break camp with the Jets in 2021-22. But without looking too far ahead, the top young blueliner is planning to just control what’s in front of him over these next few weeks leading into the regular season.
“I think the main thing is that I can show those guys that I can really play out there, I can do things there,” Heinola mentioned. “I want to really show up there this year.”
Jets News
Recent articles from Thomas Hall