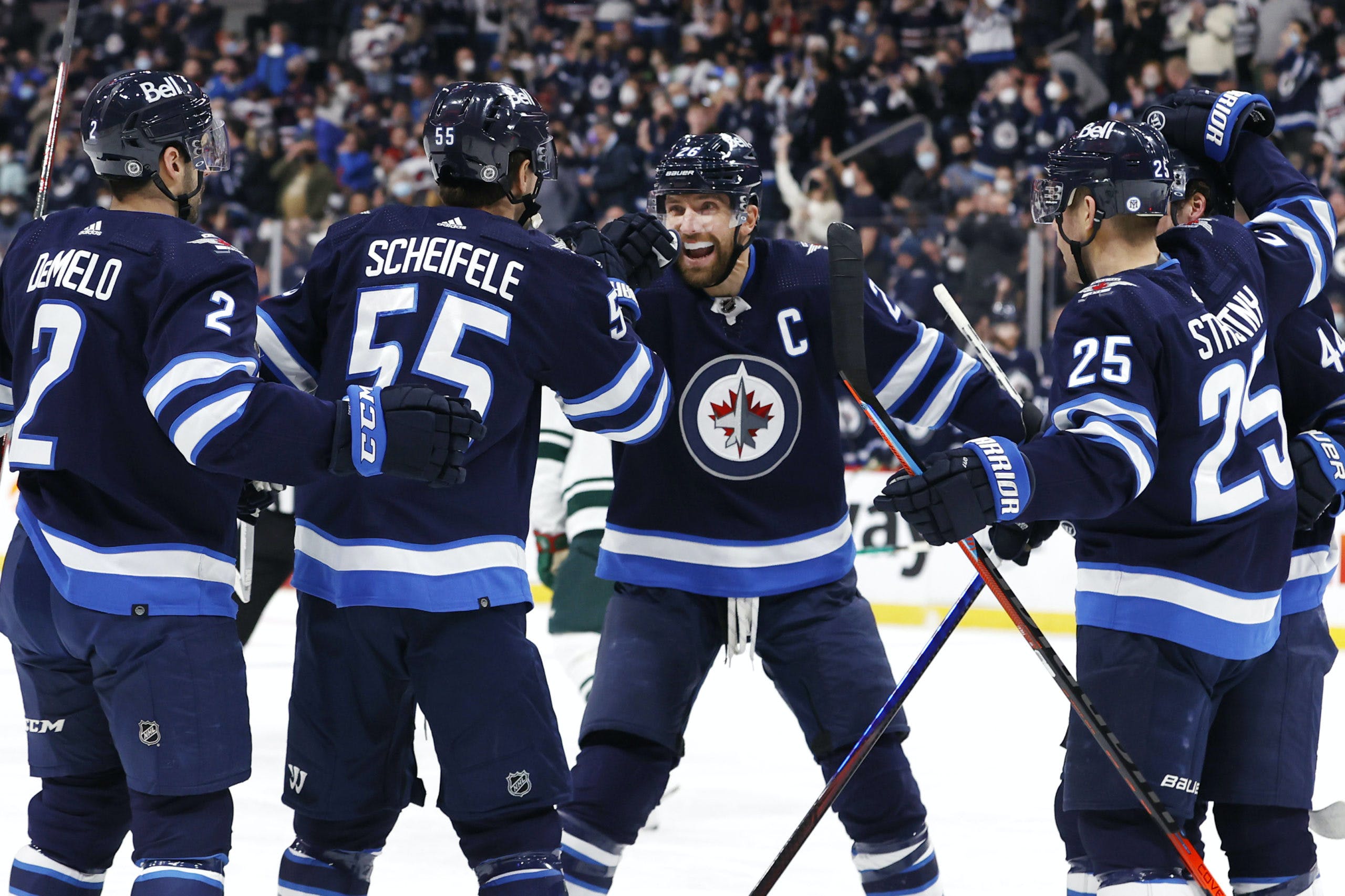 By Thomas Hall
9 months ago
Fresh off their 6-3 victory over the Minnesota Wild, the Winnipeg Jets will be searching for a second straight victory when they host the Seattle Kraken at Canada Life Centre on Thursday.
As things currently stand, this franchise sits behind three other organizations – Los Angeles Kings, Anaheim Ducks, Dallas Stars – for the final wild-card seed in the West. But with a win and a Ducks loss, they’d position themselves just three points back of a playoff spot.
How crazy would that be? Most importantly, though, the Jets must first earn their second-ever win against the Kraken, with their first coming via a 3-0 shutout on Dec. 9.
With that in mind, here are three skaters to keep an eye on during the second half of Winnipeg’s back-to-back series:

Last Game: Four assists, three shots, one hit, 20:11 minutes
Finding his legs since returning from the All-Star break, captain @Blake Wheeler has performed extremely well as of late and will aim to continue on his hot stretch Thursday night.
In the unofficial second half, Wheeler has scored two goals and 10 points, with four assists coming in Wednesday’s victory over Minnesota. Looking beyond the stat sheet, the 35-year-old no longer appears slow or unenergetic in transition, and some of his vintage playmaking skills have returned, as well.
Sure, five games is a small sample size and can’t determine whether or not his recent results are sustainable. Having said that, given everything the veteran forward experienced in the first half – including a bout with COVID-19 and a significant lower-body injury – perhaps all he required was a reset.
For Winnipeg’s sake, let’s hope Wheeler remains productive in this matchup against Seattle.

Last Game: Three goals, four points, four shots, two hits, 20:24 minutes
Just as Wheeler has, forward @Mark Scheifele has also enjoyed plenty of success following the mid-season classic – if it’s still considered as that. Right now, no one has been able to stop the 28-year-old from scoring.
Entering this contest, Scheifele is currently riding a five-game goal streak, where he’s registered seven goals and 11 points during this remarkable span. Thanks to his recent performance, the 6’3″ centre is once again averaging a point per game – 0.98 to be exact – keeping him in line with each of his previous five seasons.
Considering he and Wheeler are starting to reconnect on scoring plays, there’s a very strong chance both skaters will remain productive, at least, in the short term. In all likelihood, banking on them to contribute against the Kraken should be considered a pretty safe bet.

Last Game: Two shots, three hits, 16:36 minutes
With just three goals and eight points on the season, there’s no question centre @Adam Lowry is far from Winnipeg’s most reliable offensive weapon, however, his current 25-game goalless drought may come to an end soon.
Though without a point over his last eight games, Lowry has created quality chances in consecutive contests, where he’s posted six shots on goal and five high-danger chances during that span. Unfortunately, the 6’5″ forward’s opportunities just haven’t found the back of the net thus far.
But against Seattle, his chances of finally breaking through might finally fall his way.
More from Jets Nation:
Uncategorized
Recent articles from Thomas Hall