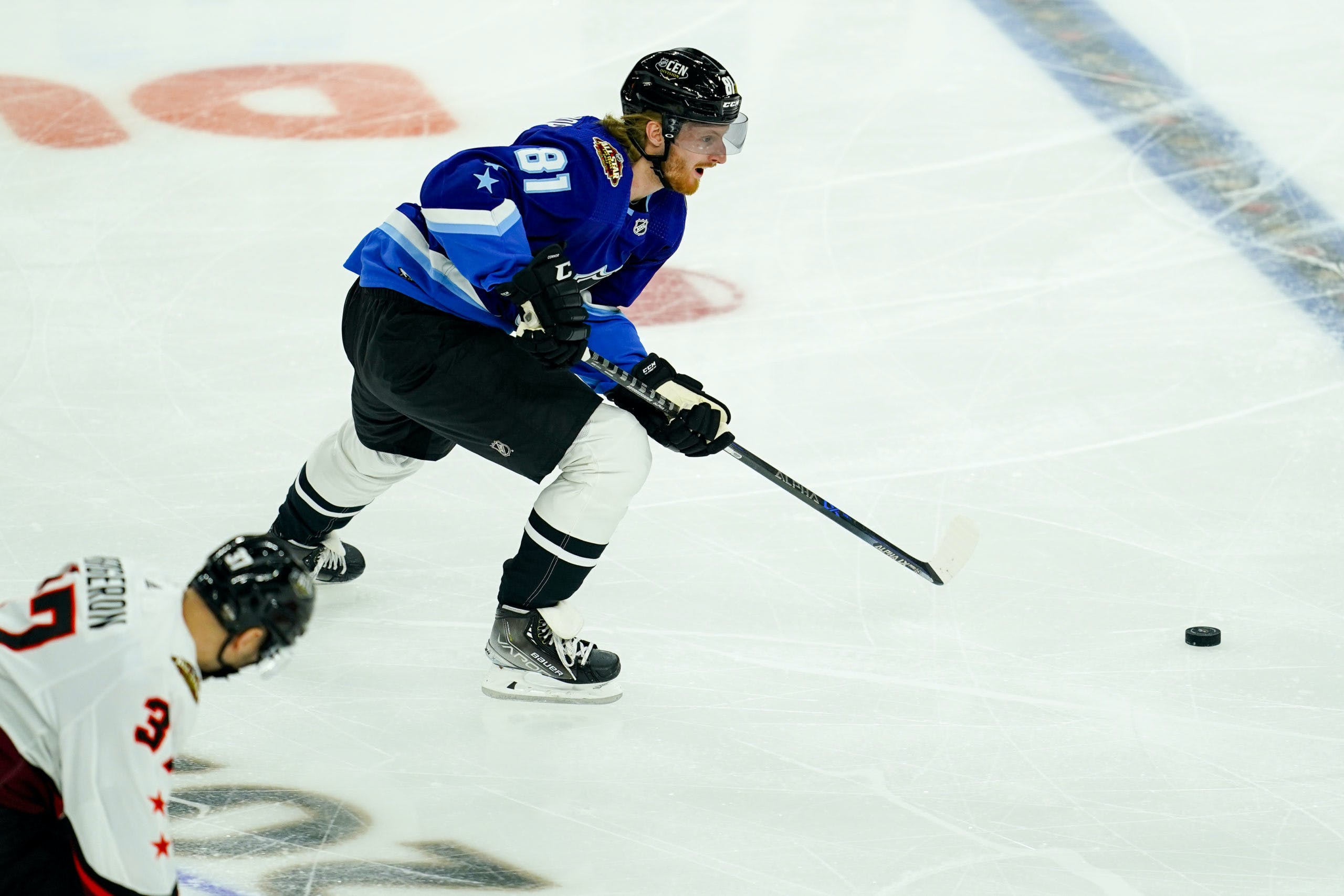 By Thomas Hall
10 months ago
Making his first career All-Star appearance, Winnipeg Jets forward @Kyle Connor helped lead the Central Division past the Atlantic Division, registering his first-ever goal at the mid-season classic.
Trailing behind Colorado Avalanche forward @Nazem Kadri, Connor was perfectly positioned to capitalize on his rebound attempt, firing his shot past Toronto Maple Leafs goaltender @Jack Campbell for the score.
Connor, 25, nearly registered his second marker of the semi-final matchup, however, Kadri was ruled offside after further review, waving off the 6’1″ forward’s goal.
In the end, Connor ended up finishing with one of the Central Division’s eight goals in the contest, as they blew past the Atlantic Division by a score of 8-5.
Overall, Connor logged 6:33 minutes of ice-time, posting one goal, four shots on goal and one block during this winning effort.
At the midway point of the regular season, the Michigan native currently leads the Jets in goals (25) and points (45) through 42 games. In addition, he’s also generated 190 shots on goal, 36 takeaways, 19 hits and nine blocks.
Team Central will take on Team Metropolitan in the championship game to determine the winner of the $1 million prize.
More from Jets Nation:
Uncategorized
Recent articles from Thomas Hall