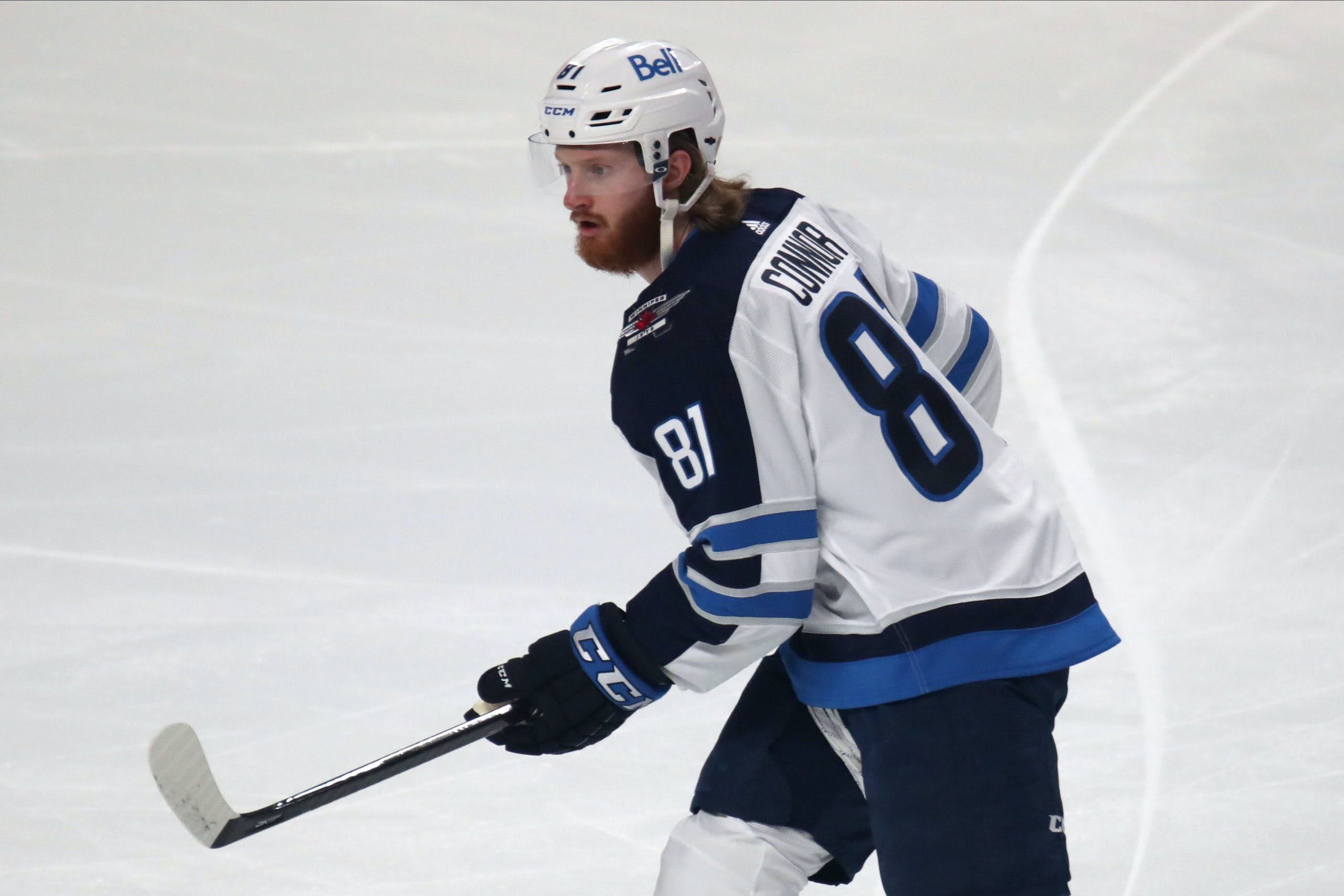 By Mike Gould
1 year ago
After being shut out in the first period of their season-opening game against the Anaheim Ducks, the Winnipeg Jets wasted little time in getting on the board in period two on Wednesday.
Just 3:48 into the second period, Jets winger @Kyle Connor broke into the attacking zone on the rush and fired a perfect one-timer past Ducks goaltender John Gibson for Winnipeg’s first goal of the season.
@Blake Wheeler and @Paul Stastny picked up the helpers on Connor’s goal, which cut the Ducks’ lead to 2-1. @Kevin Shattenkirk and @Mason McTavish scored in the first period to give Anaheim a 2-0 lead; less than 10 minutes after Connor’s marker, @Adam Henrique scored to restore his team’s two-goal advantage. Winnipeg currently trails 3-1 in the second intermission.
Connor led the 2020–21 edition of the Jets with 26 goals in 56 games and placed second on the team with 50 points. He ranked first in both goals (38) and points (73) for Winnipeg in 2019–20.
The 24-year-old winger is entering the third season of a seven-year deal he signed with the Jets in September 2019; he’ll earn a $7.5 million salary in 2021–22 while counting for $7.14 million against the Jets’ $81.5 million salary cap.

After signing up for a free account, we’re going to give you a bunch of boxes with player names and you’re going to pick a name from each box until you’ve put together a super crew that you think can contend for a NationDrafts championship. Seems easy, right? It is easy and that’s not just because you’re wicked smart. Sign up for FREE right here.
Uncategorized
Recent articles from Mike Gould