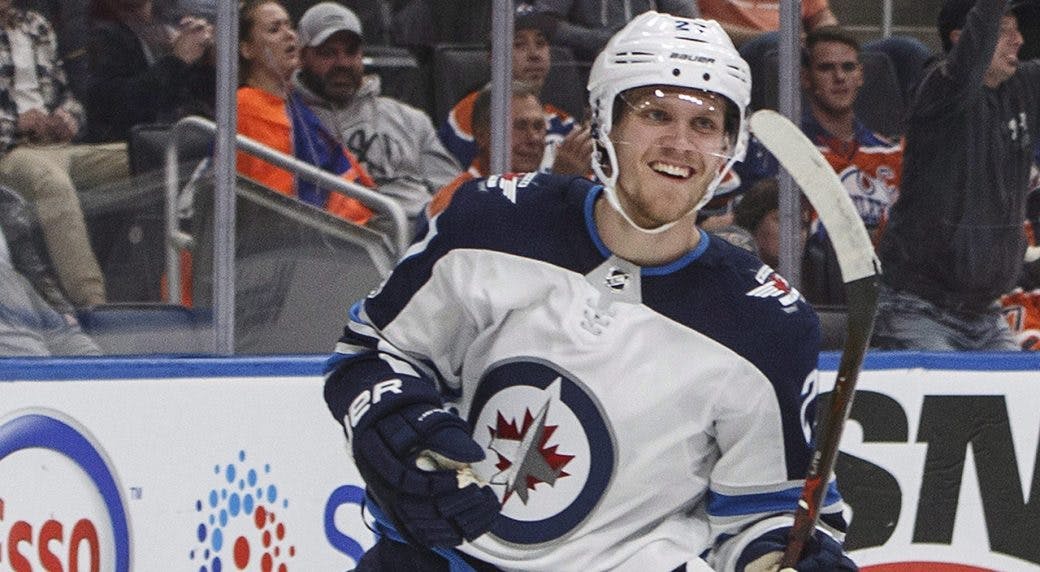 By Thomas Hall
1 year ago
After winning two consecutive games against the Ottawa Senators, the Winnipeg Jets were looking to continue their winning ways during a third straight contest against them and were also aiming to win the second game of their back-to-back series as well.
Thanks to a four-goal affair during the third period on Saturday night, the Jets were able to erase a two-goal deficit against the Senators, allowing them to come away with a 6-3 victory. Then on the following night, the Edmonton Oilers came into Bell MTS Place for the first of two games, however, forward @Leon Draisaitl potted the game-winning goal with just 0.7 seconds left in regulation, handing this team its second loss of the season.
Here are three takeaways from the Jets’ back-to-back series against the Senators and the Oilers:

1. Nikolaj Ehlers Stepping Up in a Massive Way

With forward @Patrik Laine heading to the Columbus Blue Jackets, Winnipeg’s second line has taken a bit of a hit recently, as they’ll be playing somewhat shorthanded until @Pierre-Luc Dubois completes his 14-day quarantine. Needing someone to step up in the meantime, @Nikolaj Ehlers has done just that as he’s produced two goals and three points on 10 shots on net over the last two games.
Serving as the club’s top offensive weapon during that span, Ehlers hasn’t endured any issues creating several scoring chances and his outstanding quickness has also allowed him to easily carry the puck into the offensive zone. Along with helping himself perform more effectively, the 24-year-old has also made things a lot easier on teammate @Andrew Copp, who wouldn’t have scored his last three points (two goals and one assist) without the assistance of his new linemate.

2. Jets Must Increase Their Physicality

Without question, the Jets have been considered one of the more physical teams across the entire league over the last couple of seasons, but they haven’t exactly been very focused on that aspect of their game recently. Over the last three games, they’ve generated a -51 hit differential and have created 20 hits or more in just one of those contests.
Through the first six games of last season, Winnipeg had six skaters who recorded at least 10 hits, but that number has fallen to just four players so far this season. Considering captain @Blake Wheeler generated 17 hits through his first six games in 2019-20, and has just nine hits during that same timeframe this season, it’ll be extremely important for him to help lead the charge in the physicality department moving forward.

Following the birth of his new child, defenseman @Dylan DeMelo missed the first four games of the season, although the 27-year-old returned to the lineup on Saturday night and made a very strong debut, as he earned his first assist and also produced three hits along with three blocks. Despite this encouraging start, the veteran blueliner couldn’t replicate his impressive performance on Sunday against the Oilers and was largely responsible for the final two goals allowed in the third period.
Leading 3-2 with just over three minutes remaining in regulation, DeMelo was out of position and allowed forward @Kailer Yamamoto to skate in behind him, which ultimately resulted in the game-tying goal. To make matters worse, the 6′ 1″ defenseman committed a high sticking penalty with just two minutes left, allowing Edmonton to score the game-winner just before the final buzzer sounded.

The Jets are off on Monday and are scheduled to take on the Oilers once again on Tuesday at 7 pm CT.
Uncategorized
Recent articles from Thomas Hall