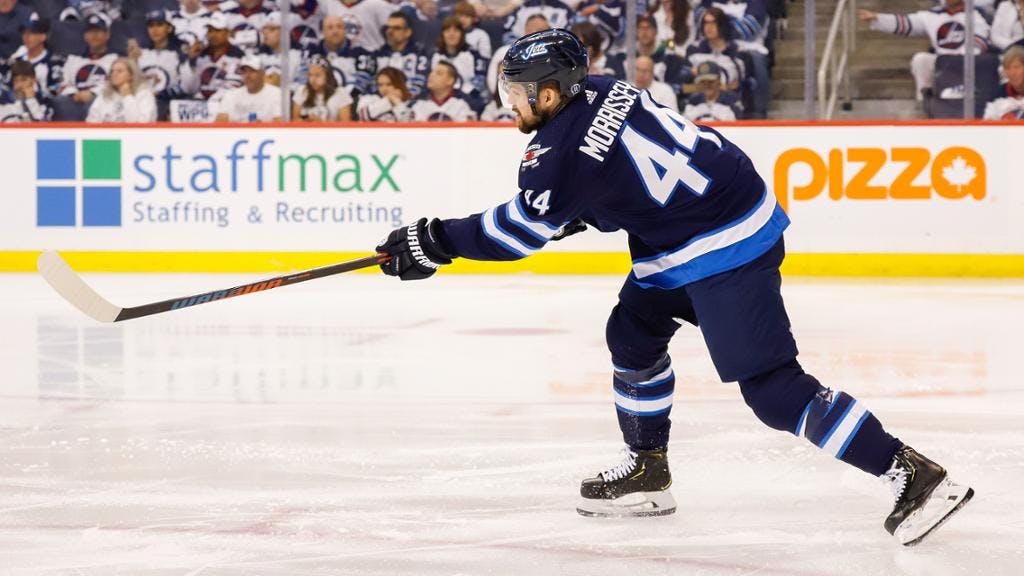 By Thomas Hall
1 year ago
Following a dominating 5-2 victory over the Toronto Maple Leafs, the Winnipeg Jets traveled home after concluding their five-game road trip and were looking to starting things off on a positive note during the first game of a two-game series against the Montreal Canadiens, although the opposite occurred on Tuesday night.
After allowing the contest’s first two goals, forward @Kyle Connor cut Winnipeg’s deficit to just one goal midway through the second period, however, forward @Tyler Toffoli helped his team regain their two-goal lead just before the buzzer sounded. While Connor netted his second goal of the game early in the third period, that’s all the offense his club could generate before Toffoli put this showdown away with an empty-net goal.
Here are three takeaways from the Jets’ 4-2 defeat against the Canadiens:

While defenseman @Josh Morrissey has started turning the corner on his offensive struggles, resulting in four points – including his two assists on Tuesday – over the last four games, the defensive aspect of his craft hit a major low point during this matchup against the Canadiens. Though the 25-year-old shouldn’t be blamed for all four of the goals allowed, he was largely responsible for two of them and also made several mental mistakes through all three periods.
Committing one of his most notable errors of the game early in the middle frame, Morrissey attempted to clear the puck out of the defensive zone but he didn’t shoot it hard enough, ultimately allowing forward @Josh Anderson to score a power-play goal. Later in the same period, the left-handed blueliner whiffed on a pass at the blue line in the offensive zone, forcing teammate @Neal Pionk to retrieve the puck only to have him turn it over, leading to Toffoli’s first goal of the game.

Heading into Tuesday’s contest, Connor had scored just two goals over his last eight games, with just one of those goals coming with the man advantage. Despite his recent scoring slump, the 24-year-old broke free of those woes and served as one of the main sources of offense in a losing effort, scoring a pair of power-play goals and creating five scoring chances along with a 0.33 xG rate.
Making something out of nothing during his first goal of the contest, Connor was provided with plenty of room to work and skated down to the right faceoff circle, eventually shooting the puck through goaltender @Carey Price’s five-hole for the score. As for his second goal, the former first-round selection set up shop in his usual area on the right wing and ultimately wired a pass from Morrissey to the back of the net for his 14th goal of the season.

Ever since the Jets moved veteran @Paul Stastny to the top line alongside teammates @Blake Wheeler and @Mark Scheifele, he’s taken his game up to another level and showcased yet another strong performance on Tuesday night against the Canadiens. Earning 19:45 minutes of ice time, the 35-year-old only generated a secondary assist but produced four shots on net, a team-high five high-danger scoring chances, including four during five-on-five situations, and a 0.97 xG rate (season-high).
Despite being charged with a tripping penalty, Stastny created plenty of havoc in the offensive zone with the majority of it occurring in front of the net, allowing him to create four rebounds (team-high). Dominating in the faceoff circle, the left-handed forward helped his line win possession of the puck numerous times, resulting in his 12 faceoff wins.

The Jets will receive the day off on Tuesday and will be back in action against the Canadiens on Wednesday at 7 pm CT.
Uncategorized
Recent articles from Thomas Hall