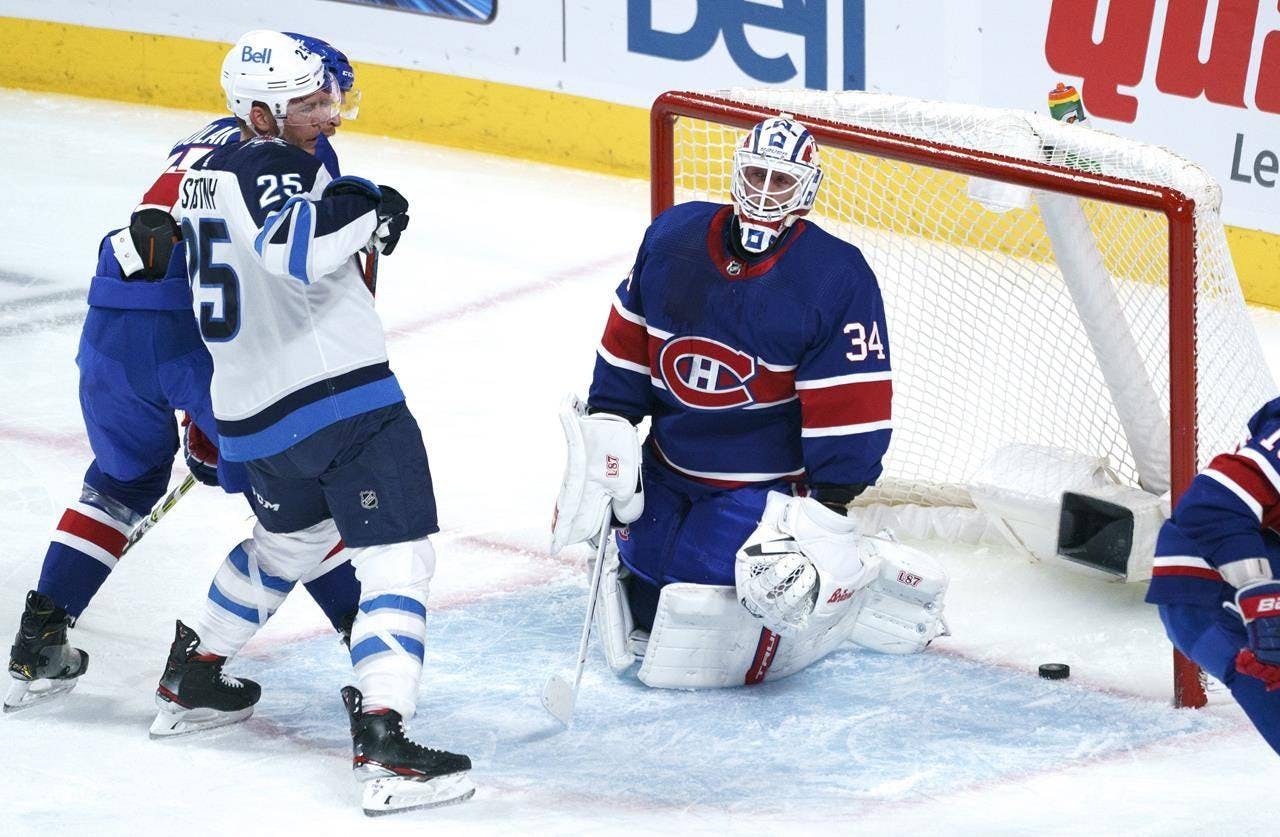 By Thomas Hall
1 year ago
After winning the second game of the back-to-back series against the Vancouver Canucks, the Winnipeg Jets began a five-game road trip on Thursday against the Montreal Canadiens and there certainly wasn’t any shortage of must-see highlights during this contest.
Coming out strong in the opening period, forwards @Paul Stastny and @Mathieu Perreault scored the game’s first two goals, handing Winnipeg a 2-0 lead after the first 20 minutes of play. But thanks to a pair of goals from Montreal, this game was tied at two apiece through two periods, although it ultimately needed overtime after veteran @Corey Perry tied the game with just a minute and a half remaining in regulation.
Utilizing three forwards in the extra frame, the additional five minutes featured plenty of offense for both teams, which provided forward @Pierre-Luc Dubois an opportunity to score his second overtime winner in blue and white.
Here are three takeaways from the Jets’ overtime victory against the Canadiens:

1. Another Impressive Showing From Paul Stastny

Coming off his quality performance against the Canucks, which resulted in one goal, three shots, three high-danger scoring chances and a 0.61 xG, Stastny remained on the top line alongside teammates @Mark Scheifele and @Blake Wheeler and created even more chemistry with his new linemates on Thursday. In total, the veteran forward led the Jets in goals (two), scoring chances (four), high-danger scoring chances (three) and xG (0.39) during five-on-five situations.
Capitalizing on a lucky bounce in the first period, Wheeler picked up the puck down low in the offensive zone and threw it on net, allowing the puck to deflect off Stastny’s skate and into the net for the score. Then with the game tied at 2-2 in the third period, the 35-year-old received a pass along the boards from Scheifele and roofed the puck up top for his second goal of the game, handing his team a 3-2 advantage.

Making his presence felt on his 29th birthday, defenseman @Derek Forbort didn’t make an impact on the score sheet but he did perform extremely well in the defensive zone on Thursday, as the veteran blueliner didn’t shy away from using his 6-foot-4 frame to his advantage against Montreal. Serving as one of Winnipeg’s top defenders, the former first-round pick produced a career-high 11 blocks, yes, that’s right, and also added a pair of hits over his 20:34 minutes of ice time.
Digging deeper into Forbort’s outstanding performance, all 11 of his blocked shots came during five-on-five play, preventing the Canadiens from creating any significant pressure in those situations. While this type of defensive showing won’t garner much attention, it’s still one that definitely played a major factor in this team coming away victorious.

While the Jets’ fourth line isn’t expected to score on a nightly basis, that’s exactly what they’ve done over the last two games, as Perreault currently owns a two-game goal streak after scoring his fifth of the season on Thursday night. What’s even more notable about this recent stretch is how the 33-year-old has scored each of his last two goals, which has seen him create a pair of turnovers in the offensive zone and instantly transform each of them into breakaways.
Taking advantage of a crucial mistake from forward @Tyler Toffoli, Perreault intercepted his pass in the slot and quickly skated towards goaltender @Jake Allen, ultimately flipping the puck over his left shoulder and extending Winnipeg’s edge to 2-0 late in the first period. Considering the former sixth-round pick is only averaging 11:41 minutes of ice time per game, this level of production probably isn’t sustainable moving forward, although it’d certainly be a welcomed occurrence.

The Jets will receive the day off on Friday and will be back in action against the Canadiens on Saturday at 6 pm CT.
Uncategorized
Recent articles from Thomas Hall