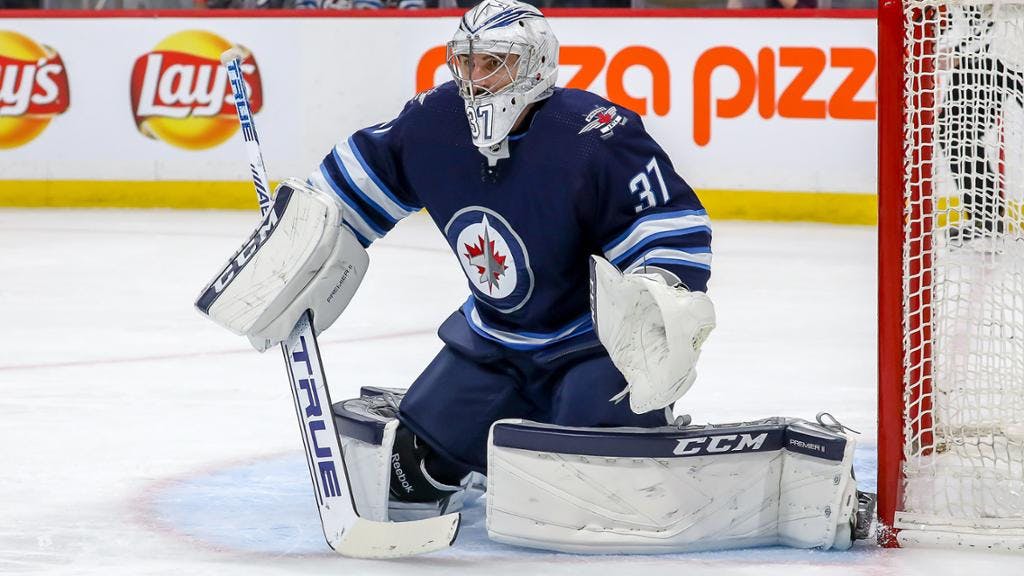 By Thomas Hall
1 year ago
After winning the second game of a back-to-back series against the Calgary Flames, the Winnipeg Jets only had one day of recovery before returning to action on Thursday, as they faced off against this same team for a third straight game.
Despite allowing a late goal from forward @Andrew Mangiapane in the opening period, the Jets responded extremely well in the second frame, scoring three unanswered goals from @Mason Appleton, @Kyle Connor and @Mark Scheifele. Playing lights out in the defensive zone during the final 40 minutes of this game, the club didn’t allow a single goal and Appleton added an empty-net goal with less than two minutes remaining in regulation, handing his team a 4-1 win.
Here are three takeaways from the Jets’ 4-1 victory against the Flames:

While killing penalties isn’t one of the more attractive qualities in hockey, it’s one that’s crucial for any playoff-contending team to excel at, which is something Winnipeg has been thriving at recently. Though they struggled in that department early on, as the team finished tied for the fourth-lowest success rate (66.7%) through the first four games of the season, they’ve dramatically improved their performance over the last four games.
During that span, the Jets have taken 15 penalties, which is a problem in itself, but they haven’t allowed a single power-play goal and are currently tied for the highest success rate (100%) since Jan. 28. Showcasing their shutdown defense on Thursday night, they committed four different penalties against the Flames, however, they shut them out and only allowed four shots on net while shorthanded.

Despite being held pointless against Calgary on Thursday, forward @Nikolaj Ehlers still enjoyed one of his top performances of the season, as he found a way to make an impact at both ends of the rink. Making the most out of his 18:18 minutes of ice time, the 24-year-old finished with four shots on net (team-high), two blocks, one hit and he also drew a pair of penalties.
In particular, Ehlers made his presence felt during the second period where he forced goaltender @Jacob Markstrom to make a spectacular toe save, drew each of his penalties and created a turnover in the defensive zone that nearly provided Connor with another breakaway opportunity. Considering he’s valued for his offense, receiving this type of showing from the left-hander is extremely encouraging and it’ll be very interesting to see if he’s able to continue improving the defensive aspect of his game moving forward.

Coming off a tough shootout loss against the Flames back on Monday, the Jets were counting on goaltender @Connor Hellebuyck to bounce back during this rematch and the 2019-20 Vezina Trophy winner did exactly that, as he held his opponent to just one goal on Thursday. Stopping 21 of the 22 shots he faced, the 27-year-old didn’t face a ton pressure during his eighth start of the season, but when he did, the veteran certainly didn’t disappoint.
Despite allowing a goal late in the first period, Hellebuyck shut the door over the final 40 minutes and received some help from his teammates, as @Dylan DeMelo made a goal-saving block while on the penalty kill. Since the team doesn’t play again until Tuesday, they might be a little rusty next time out, meaning it’ll be crucial for the veteran netminder to continue performing at a high level during his next start.

The Jets are off until Tuesday, yes, they’ll be able to enjoy Super Bowl weekend, and are scheduled to take on the Flames at the Scotiabank Saddledome at 9 pm CT.
Uncategorized
Recent articles from Thomas Hall