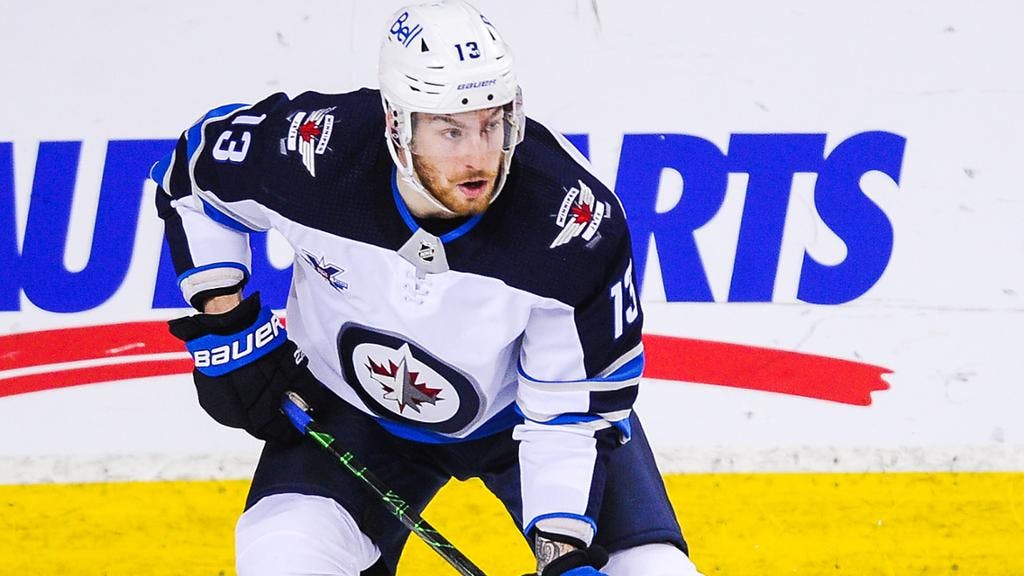 By Thomas Hall
1 year ago
Capping off a four-game road trip, the Winnipeg Jets faced off against the Vancouver Canucks for a second straight game on Sunday night and were looking to capture back-to-back victories against them, although accomplishing that feat proved to be extremely challenging.
While Vancouver potted a pair of goals in the first period, Winnipeg answered back and scored three unanswered goals, handing them a 3-2 lead midway through the third period. But thanks to a power-play goal from forward @Elias Pettersson, this contest needed to be settled in overtime, however, the extra frame only lasted 27 seconds as forward @Pierre-Luc Dubois came through with the game-winning goal.
Here are three takeaways from the Jets’ 4-3 overtime victory against the Canucks:

After missing four games due to a lower-body injury, Dubois was finally given the green light to return on Sunday and it didn’t take him long to make an impact, as he scored two goals – including the game-winner – three points during his 16:48 minutes of ice time. In addition, the 22-year-old also produced two shots on net, two high-danger scoring chances, two hits and he drew a penalty in the third period as well.
Sparking his team with a much-needed goal in the second period, Dubois was positioned in front of the net and received a beautiful pass from behind the net from captain @Blake Wheeler, allowing him to trim Winnipeg’s deficit to just one goal. Then with the game heading to overtime, the 6′ 3″ forward skated down the wing and shot the puck just over goaltender @Braden Holtby’s arm, earning his club the victory.

2. Another Encouraging Performance From Blake Wheeler

Coming off a strong showing against the Canucks on Friday, there was some optimism that Wheeler was starting to turn the corner on his early-season struggles and he continued trending upwards during this overtime victory, resulting in a three-point performance. Even though the 34-year-old only generated a 0.08 xG along with zero high-danger scoring chances, he still served as a valuable playmaker during the second half of the game.
Helping Dubois score his first goal with the Jets, Wheeler picked up the puck behind the net and immediately sent it out in front to his new linemate who potted it home. Earning his second primary assist of the contest in the third period, the veteran winger won a puck battle in the neutral zone and passed it between his legs to teammate @Mark Scheifele, which ultimately allowed him to tie the game at two apiece.

While some teams were forced to deal with some unfortunate weather conditions over the weekend, the Jets endured some unlucky issues of their own on Sunday as they didn’t receive any sort of puck luck. To make matters worse, this inability to control the bouncing puck ultimately resulted in a pair of goals for the Canucks in the first period, allowing them to enter the second frame with a 2-0 advantage.
Less than four minutes into the opening frame, defenseman @Jordie Benn’s shot missed wide of the net but it took a weird bounce off the glass and traveled back in front of the net, which provided teammate @Brandon Sutter with an opportunity to score the game’s first goal. Then just 12 minutes later, a bouncing puck deflected off multiple players in front of goaltender @Connor Hellebuyck and ultimately landed on Pettersson’s stick, which he shot in the back of the net for his first goal of the contest.

The Jets will receive the next three days off and will be back in action at home on Thursday against the Montreal Canadiens at 7 pm CT.
Uncategorized
Recent articles from Thomas Hall