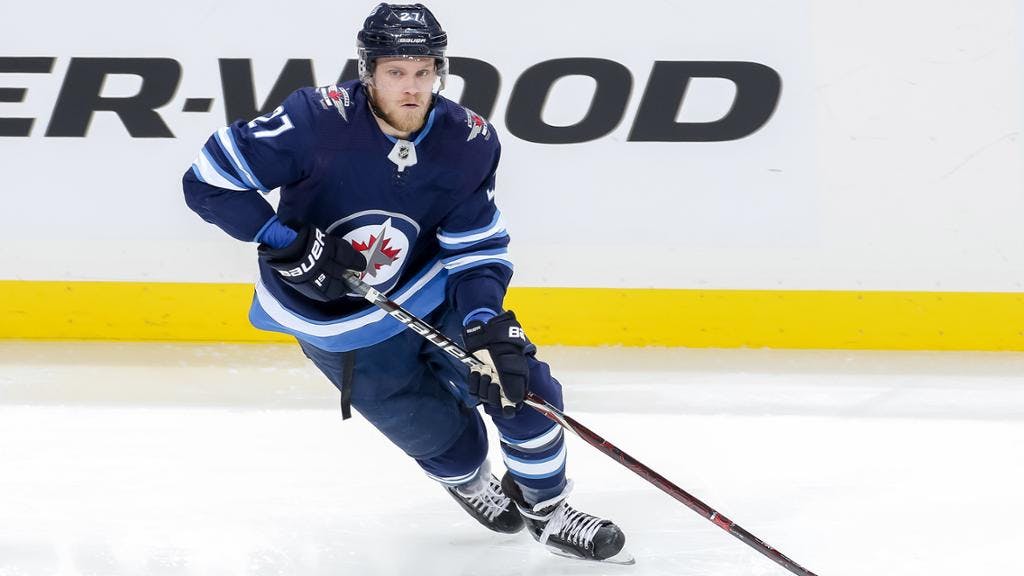 By Thomas Hall
1 year ago
After winning the last two games of this four-game series against the Calgary Flames, the Winnipeg Jets were aiming to extend their winning streak to three games but couldn’t accomplish that feat on Tuesday night at the Scotiabank Saddledome.
While neither team allowed a single goal in the opening frame, this game opened up significantly in the second period, as the Jets and Flames traded a pair of goals and entered the final 20 minutes with the score tied at 2 apiece. Then with just a few minutes remaining in regulation, defenseman @Nathan Beaulieu was called for a questionable high-sticking penalty, which ultimately allowed forward @Elias Lindholm to score the game-winning goal with less than two minutes remaining.
Here are three takeaways from the Jets’ 3-2 defeat against the Flames:

Coming off his 14-day quarantine, almost no one was expecting perfection out of forward @Pierre-Luc Dubois during his first game with the Jets, especially since he only practiced with the team three times and is still learning a brand new system. Despite those factors, the 22-year-old performed fairly well in his debut on Tuesday and also started gaining more confidence as the game progressed, which was certainly an encouraging sign.
Even though Dubois failed to register a point during his 13:10 minutes of ice time, the youngster still found a way to be productive, as he won multiple puck battles along the boards and showcased his impressive end-to-end skating ability through all three periods. While the former first-round pick admitted he’s capable of much more, this showing was definitely a solid starting point for his opening game in blue and white.

Following a red-hot start to the season, resulting in five goals and 11 points through the first seven games of the 2020-21 campaign, forward @Nikolaj Ehlers had dramatically cooled off over the last four games heading into Tuesday night’s contest, as he had tallied just one point during that span. Putting an end to his recent scoring woes, the 24-year-old potted a pair of goals – including one on the power play – and also produced a season-high six shots on net.
Serving as Winnipeg’s top offensive weapon during their 12th game of the season, Ehlers made his presence felt in the second period where he scored both of his goals and was also flying up and down the ice almost every time he left the bench. Though his stellar performance wasn’t enough to earn his team the victory, the coaching staff still has to be extremely impressed with how the left-hander has responded after his four-game scoring slump and it’ll be fascinating to see if he’s able to maintain this production moving forward.

With defenseman @Tucker Poolman recovering from COVID-19, Beaulieu has received an opportunity to skate alongside teammate @Josh Morrissey on the Jets’ top defensive pairing, although he struggled mightily in that role on Tuesday against the Flames. Despite earning a season-high 22:31 minutes of ice time, the 28-year-old failed to clear the puck out of the defensive zone several different times, which provided his opponent additional scoring chances.
On paper, generating a team-high five blocks looks very productive but in reality, they were a negative factor as the majority of his blocks occurred after he committed multiple unforced turnovers. Considering Poolman is close to returning to action, it’d make a ton of sense to remove Beaulieu from the starting lineup as the corresponding move, however, it’s unclear if that’ll happen before the next game.

The Jets are off on Wednesday and will travel back home before taking on the Ottawa Senators on Thursday at 7 pm CT.
Uncategorized
Recent articles from Thomas Hall