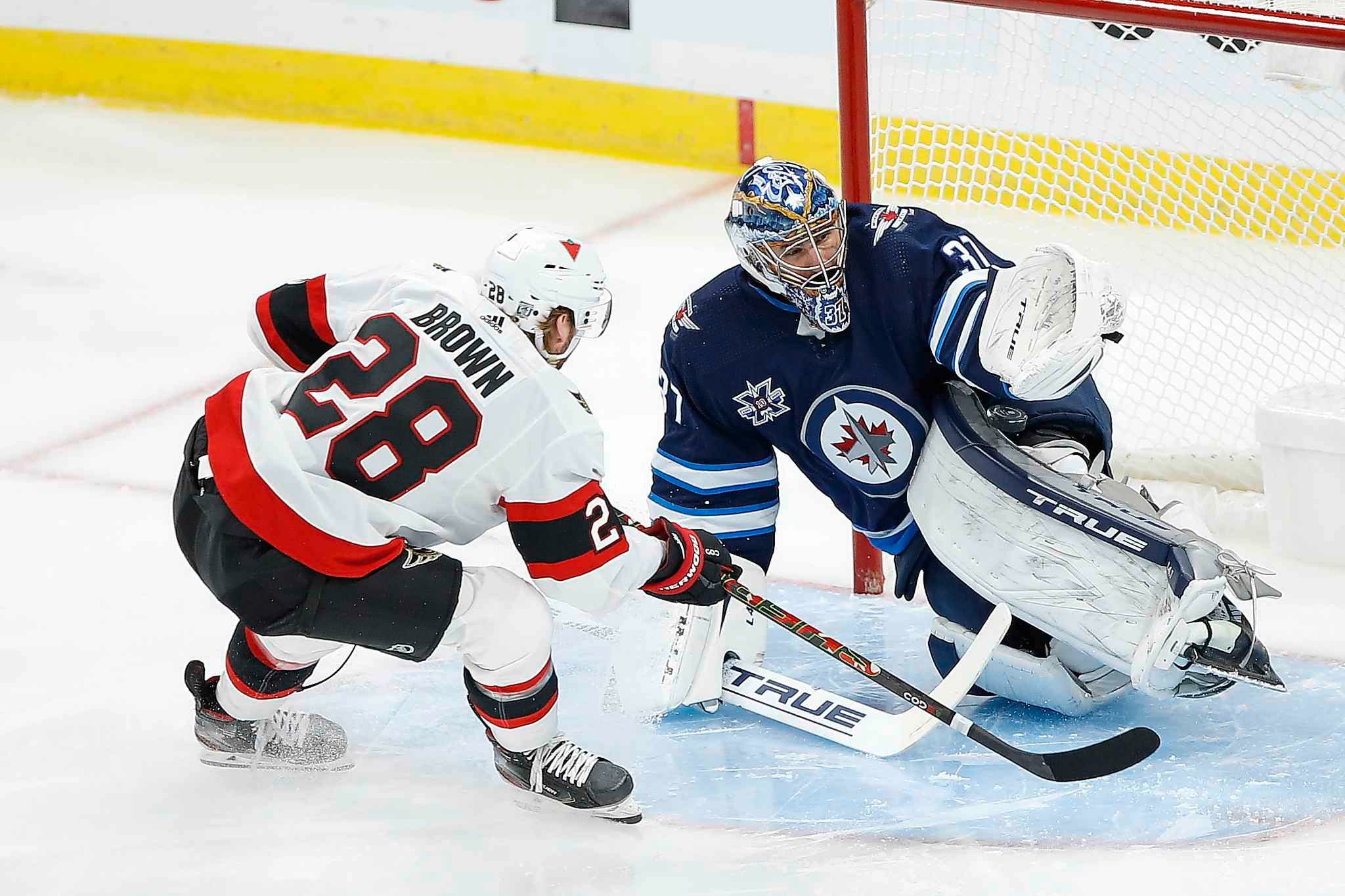 By Thomas Hall
1 year ago
After defeating the Montreal Canadiens 5-0 over the weekend, the Winnipeg Jets were aiming to extend their current winning streak to four games but first needed to get past the Ottawa Senators, who came into this Monday night showdown riding a four-game losing streak.
Exploding in the opening frame, Winnipeg and Ottawa both found the back of the net two separate times before the first period concluded, resulting in a 2-2 tie heading into the second period. While the middle frame didn’t feature any scoring from either club, forwards @Evgenii Dadonov and @Brady Tkachuk each scored a goal in the third period, ultimately handing their team its first victory since Apr. 3.
Here are three takeaways from the Jets’ 4-2 defeat against the Senators:

1. Jets Commit Too Many Costly Turnovers

Considering Winnipeg has committed the eighth-most turnovers (382) in the league this season, it’s safe to say they’ve struggled to maintain possession of the puck and that’s something that plagued them throughout this losing effort against Ottawa. Of the 12 giveaways this team registered Monday, four of them occurred at the blue line in the offensive zone, resulting in breakaway chances for their opponent.
In particular, forward @Nikolaj Ehlers coughed up the puck twice in this contest and both of those errors provided the Senators with scoring opportunities, although goaltender @Connor Hellebuyck stopped each of those breakaway chances. Unfortunately for the Jets, there was one instance where their all-star netminder couldn’t bail them out, as defenseman @Neal Pionk’s turnover allowed Tkachuk to score the game’s fourth goal midway through the third period.

Starting his seventh game in a row, which is a new season-high, Hellebuyck was coming off a shutout victory against the Canadiens and was looking to capture his 21st win of the season, however, his struggles in net prevented him from coming away victorious. Facing just 24 shots, the 27-year-old allowed four goals for the first time since Mar. 11 and two of them definitely shouldn’t have found the back of the net.
With the Jets unable to clear the puck out of the defensive zone late in the first period, forward @Connor Brown scooped up the loose puck and fired it on net, having the shot deflect off Hellebuyck’s glove for the score. Then in the third period, the former fifth-round selection couldn’t handle a dump in from the Senators, allowing Dadonov to pick up the rebound for an easy goal that proved to be the game-winner.

Despite committing a pair of turnovers that lead to scoring chances for Ottawa, Ehlers served as one of the top offensive contributors for Winnipeg and was one of the main sources of offense in the first period, as he potted his 18th goal of the season. Along with scoring his third goal in three games, the 25-year-old also generated five shots on net, five scoring chances, drew a penalty and also created a 0.17 xG rate during five-on-five situations, which was the second-highest among all skaters on the team.
Even though Ehlers didn’t create any high-danger scoring chances in this contest, he utilized his impressive quickness and hockey IQ to operate in the middle of the ice, allowing him to hand his team a two-goal lead in the opening frame. It certainly wasn’t a perfect performance from the former first-round pick, but it was another example of how dangerous he can be in the offensive zone if given plenty of room to skate.

The Jets will receive the day off Tuesday and will conclude this two-game series against the Senators on Wednesday at 6 pm CT.
Uncategorized
Recent articles from Thomas Hall