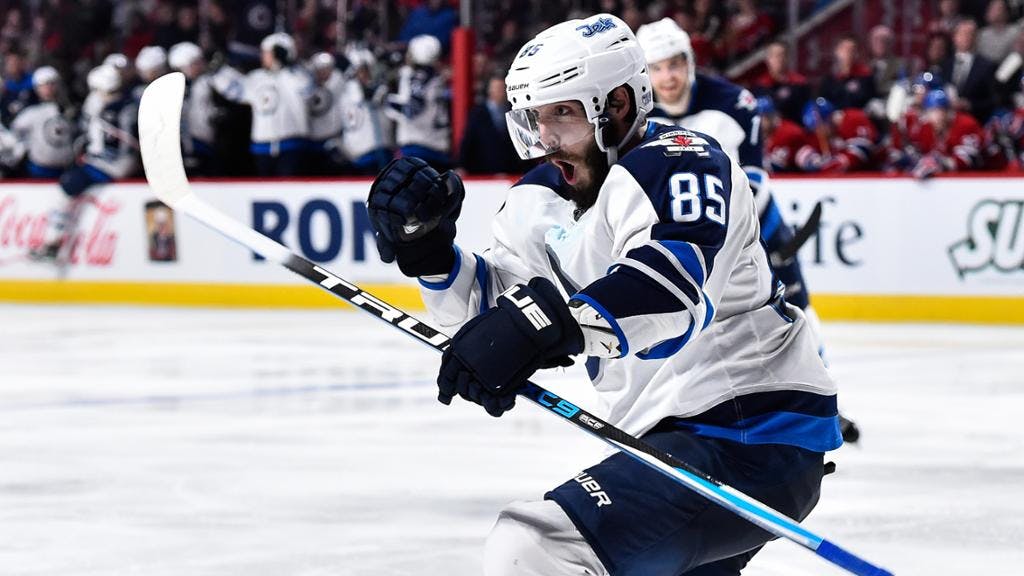 By Thomas Hall
1 year ago
Coming off a well-deserved two-day break, the Winnipeg Jets were tasked with taking on the Montreal Canadiens for the seventh time this season and were also looking to capture the season series against them for the first time since the organization left Atlanta.
Striking fast like lightning in the opening period, Winnipeg and Montreal traded goals within the first two minutes of this contest, ultimately receiving two more goals from forwards @Trevor Lewis and @Nikolaj Ehlers before the first frame concluded. While forward @Paul Byron trimmed his team’s deficit to just one goal in the second period, forward @Andrew Copp put this game away with an empty-net goal late in regulation, handing the Jets their 24th victory of the season.
Here are three takeaways from the Jets’ 4-2 victory against the Canadiens:

After spending the majority of this season on the fourth line, forward @Mathieu Perreault was rightfully rewarded an opportunity to skate alongside teammates @Adam Lowry and @Mason Appleton Thursday night, as captain @Blake Wheeler’s absence created an open spot on the third line. Making an instant impact, the 33-year-old earned an assist and produced two scoring chances, one high-danger scoring chance, one shot on net, a 0.19 xG rate and also drew his seventh penalty of the season.
Starting this showdown off with a bang, Perreault picked the loose puck off the opening faceoff and skated down the wing into the offensive zone, ultimately sending a pass over to defenseman @Josh Morrissey for the score just 18 seconds into the game. Though his name didn’t touch the score sheet for the remainder of the contest, the former sixth-round pick was correctly positioned all over the ice throughout this game, putting his team in a position to succeed every time he stepped onto the ice.

While Winnipeg featured the third-highest conversion rate on the power play (25.9%) heading into Thursday’s game, they failed to capitalize on three separate opportunities with the man advantage and have now been held without a power-play goal against Montreal in each of the last two games. In total, this club only generated three shots on net, one high-danger scoring chance and a 0.37 xGF rate on the power play, proving to be ineffective with the extra skater.

Source: NaturalStatTrick.com
Thanks to the Canadiens’ aggressive penalty kill, they largely prevented the Jets from setting up in the offensive zone and also took away any passing or shooting lanes in the middle of the ice. With these two teams scheduled for another Saturday night showdown, it’ll be extremely important for both power-play units to be accurate and quick with their passes in hopes of creating some open space with the man advantage.

Though the 2020-21 campaign has acted like a rollercoaster for Morrissey up to this point, the 26-year-old was actually on the right side on numerous plays Thursday as he enjoyed one of his top performances of the season. Leading all Jets’ skaters in ice time (25:01), which he’s already done several times in 2021, the former first-round pick scored his third goal of the year and also created three scoring chances along with a pair of shots on goal.
Making his presence felt in the defensive zone, Morrissey added a trio of blocks (team-high), two of which occurred in the first period and both of them were right in front of goaltender @Connor Hellebuyck. In addition, the left-handed blueliner also induced a couple of hits, increasing his season total to 51, meaning he needs just five more hits to surpass his season total from the 2018-19 campaign.

The Jets will receive the day off Friday and will be back in action against the Canadiens Saturday at 6 pm CT.
Uncategorized
Recent articles from Thomas Hall