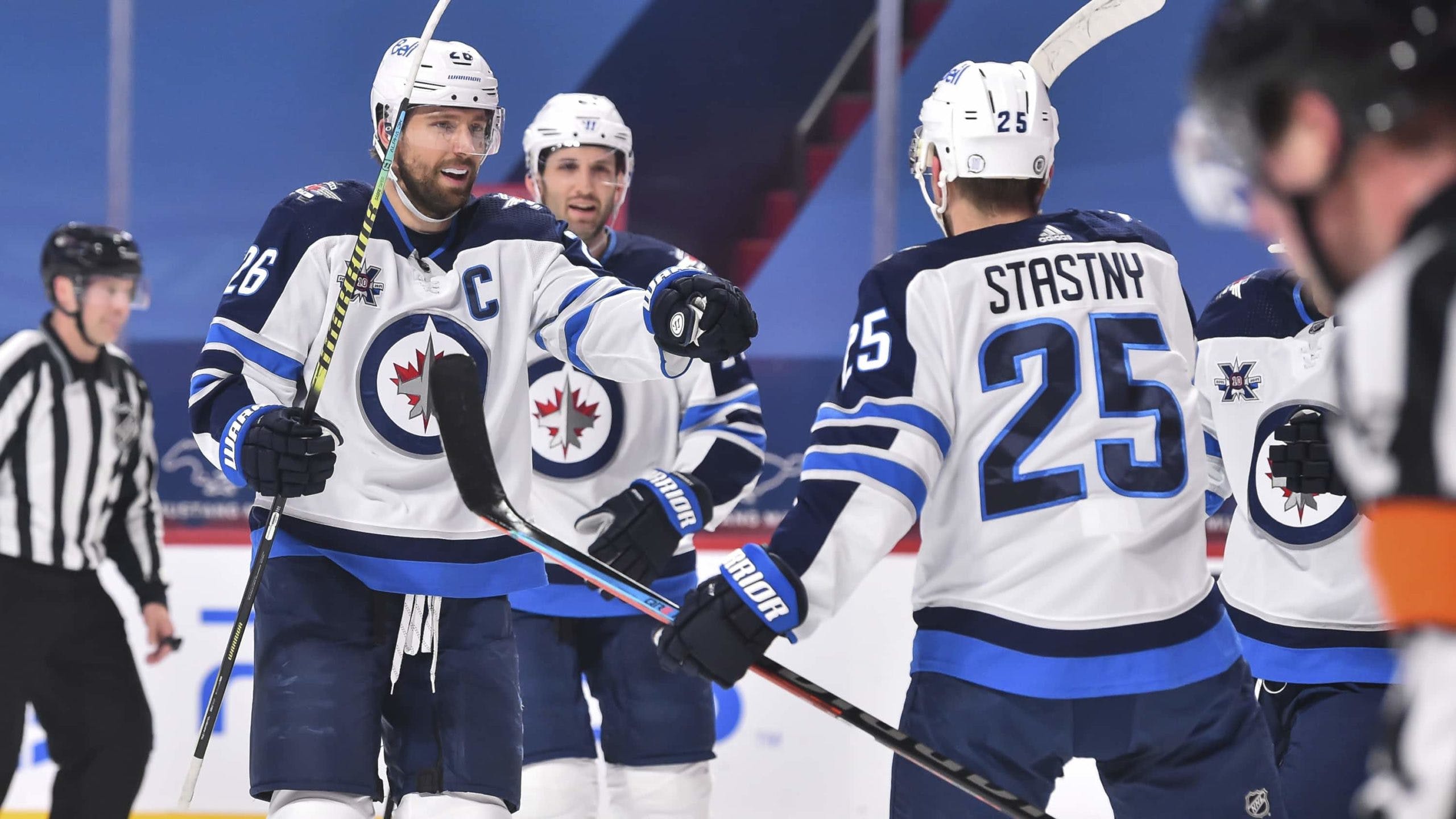 By Thomas Hall
1 year ago
Coming off back-to-back regulation losses against the Edmonton Oilers, the Winnipeg Jets continued their seven-game road trip and headed out to the west coast to begin a two-game series against the Vancouver Canucks, which certainly started on a positive note Monday night.
While the opening period didn’t feature many quality scoring chances, captain @Blake Wheeler still found a way to provide his team with the game’s first goal, handing Winnipeg a 1-0 lead entering the second period. But after neither team scored in the middle frame, forward @Adam Lowry put this contest out of reach in the third period by scoring a pair of goals, earning his team their 19th victory of the season.
Here are three takeaways from the Jets’ 4-0 victory against the Canucks:

While Winnipeg’s third line doesn’t usually receive much attention, especially since the top-six forward group is loaded with superstar talent, they should be considered one of the top third lines in the league and they proved that sentiment once again on Monday. Along with scoring two goals in the third period, this line that features @Andrew Copp, @Mason Appleton and Lowry finished with the highest xGF% (67.7) and SCF% (75.0) among all four lines.
Even though they aren’t as offensively gifted as the top two lines, this trio did an excellent job at defending in the offensive zone against Vancouver, allowing them to spend the majority of their shifts away from the defensive zone. Considering the third line didn’t allow any high-danger scoring chances, goaltender @Connor Hellebuyck was able to breathe easily when it was their turn to step onto the ice, which undoubtedly made him more effective during the later stages of the game.

Though this season has been a down year for Wheeler so far, at least for his standards, the veteran forward served as one of the top performers against the Canucks and played a key role in helping them come away victorious. Earning 16:19 minutes of ice time, the 34-year-old produced one goal – he should’ve scored two goals – three hits, two shots on net and two scoring chances.
Making his biggest impact in the first 20 minutes, Wheeler utilized the boards to exit the defensive zone and ultimately fired the puck through goaltender @Thatcher Demko’s five-hole for the score. Then later in the period, the former first-round pick intercepted a pass in the neutral zone and created a two-on-one rush with teammate @Paul Stastny, although the one-time All-Star failed to lift the puck over Demko’s pad and was denied his second goal of the game.

3. Some Rough Moments For Derek Forbort

Signing a one-year deal over the offseason, defenseman @Derek Forbort has been a perfect fit with the Jets up to this point and has created a strong relationship with linemate @Neal Pionk, however, the veteran blueliner will be hoping to move past the mistakes he made in this contest. Over his 21:37 minutes (second-highest on the team) of ice time, the 29-year-old generated the highest xGA rate (0.98) and allowed the most scoring chances (12) and shots on net (11) among all Winnipeg’s skaters.
Committing one of his biggest errors of the game in the second period, Forbort retrieved the puck in the defensive zone and mistakenly put himself into a puck battle along the boards, allowing the Canucks to create a scoring chance. Faltering in the third period, the former first-round selection mishandled a bouncing puck, creating an opportunity for forward @Adam Gaudette to ring the puck off the crossbar.

The Jets will receive the day off on Tuesday and will be back in action against the Canucks on Wednesday at 9:30 pm CT.
Uncategorized
Recent articles from Thomas Hall