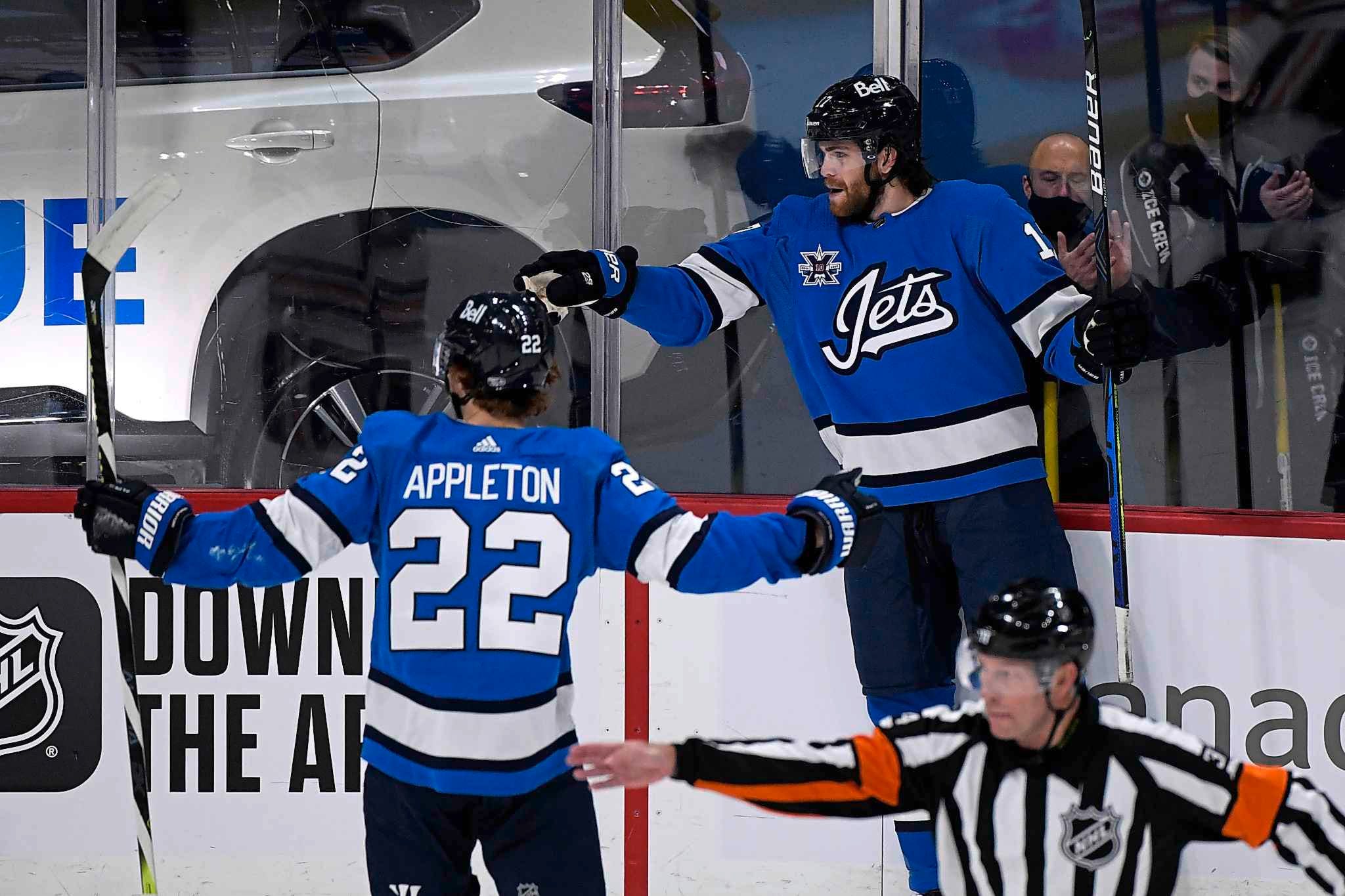 By Thomas Hall
1 year ago
Coming off a 4-2 victory over the Montreal Canadiens, the Winnipeg Jets participated in an optional skate Friday and are now scheduled to face off against this same opponent for a second straight game, looking for a similar outcome during this Saturday night showdown.
Though this contest probably won’t feature two goals less than two minutes into the game, although that’d be a welcomed occurrence, it still has the potential to be another extremely entertaining matchup between these two clubs. Since Winnipeg is looking to keep pace with the Toronto Maple Leafs and Edmonton Oilers for top spot in the North Division, extending their current winning streak to three games would be very beneficial for the chances of potentially winning the division.
Here are three storylines that could impact the Jets’ eighth game of the season against the Canadiens:

With captain @Blake Wheeler out of the lineup, the Jets were forced to bump forward @Andrew Copp up to the second line, pairing him with teammates @Paul Stastny and @Pierre-Luc Dubois, although that trio struggled to create pressure in the offensive zone early on against the Canadiens. As a result, coach Paul Maurice decided to shake up the top-six forwards once again, swapping Copp with winger @Nikolaj Ehlers.
Using these same line combinations, Maurice and his coaching staff are hopeful the top two lines will continue building off the chemistry they each started creating midway through Thursday’s game. But if they come out flat yet again, don’t be surprised if the blender gets a heavy workout throughout this contest at the Bell Centre.

After bouncing in and out of the lineup throughout last season, forward @Mason Appleton has carved out a regular role on the Jets’ third line this season and has gradually improved every step of the way during his third season in the NHL. Appearing in all 40 games, the 25-year-old has produced career-highs in average ice time (14:10), goals (nine), points (20), points per game (0.50), hits (36), blocks (18), faceoff percentage (54.5%) and xG (6.57).
Reaching a new high point Thursday, Appleton earned a career-high 18:28 minutes of ice time and also registered his 20th point of the season, making him the ninth player on the team to reach that mark (tied for second-most among all 31 teams in the league), according to Jets PR. With the former sixth-round pick driving hard to the net on a nightly basis, it certainly wouldn’t be surprising to see him create plenty of havoc for the Canadiens during this matchup.

Since Winnipeg still has some holes to fill on the backend, they’ve been forced to rely heavily on goaltender @Connor Hellebuyck for a second consecutive season and the 2019-20 Vezina Trophy winner hasn’t been given much time to catch his breath, as he currently leads all goaltenders in shots against (783), saves (727) and high-danger shots against (224) during even-strength situations, according to NaturalStatTrick.com. Additionally, the 27-year-old has also started in each of the last five games, which is one game off his season-high of starting six games in a row.
But since Hellebuyck will likely start each of the next two games, spanning across over the next three nights, he still has plenty of work ahead of him before receiving his next break. Having said that, the Jets are scheduled for a back-to-back series starting on Apr. 14, which will be split against the Ottawa Senators and Toronto Maple Leafs, meaning it’d make plenty of sense to give the all-star netminder the night off during the first game of that series.

The puck will drop at 6 pm CT, prime time slot here we come, and will be available on SN/City TV along with 680 CJOB.
Uncategorized
Recent articles from Thomas Hall